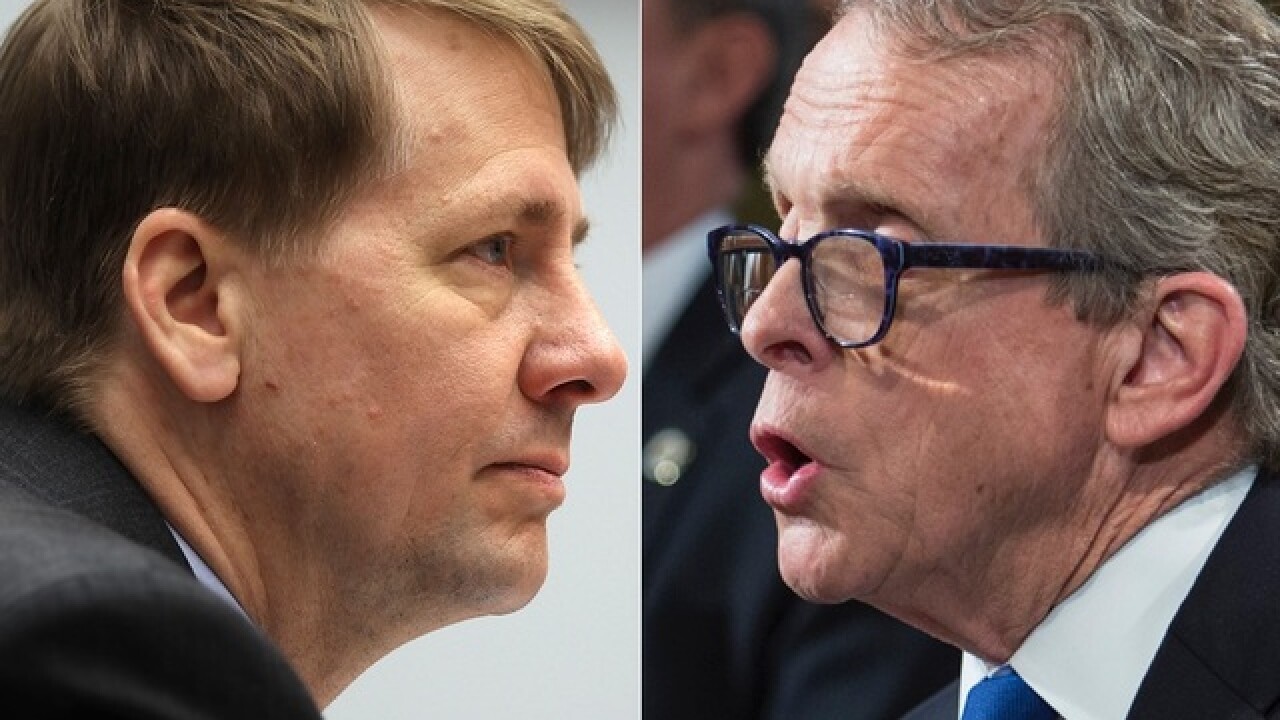 COLUMBUS, Ohio (AP) — Their doctors say both major-party candidates for Ohio governor are in good  health.

Letters from the physicians of Republican Attorney General Mike DeWine and Democrat Richard Cordray were produced at the request of The Associated Press. The two candidates are locked in a close, expensive race this fall to replace Republican Gov. John Kasich, who's term-limited.

DeWine would be the oldest man elected governor in Ohio, turning 72 a few days before inauguration day in January. Cordray, the former federal consumer watchdog, made a veiled reference to DeWine's age when calling out the older candidate's "42 years in politics" in last week's debate at the University of Dayton. Cordray is 59.

However, DeWine's doctor, Kevin Sharrett of Xenia, said DeWine "maintains a very healthy lifestyle" and is in "very good" health.

"Mike exercises regularly, spends time with his family, and regularly attends his church — all of which help him manage his stress levels," Sharrett wrote. "Additionally, Mike has never smoked and does not drink alcohol."

DeWine publicly disclosed he gets occasional bouts of vertigo after one such incident caused him to cancel a speaking engagement in Cincinnati in 2014. His campaign said he has not had one in years.

"He takes no medications, but does use a daily multi vitamin," Kennedy wrote. "He is a well-developed, well-nourished, middle-aged male in no acute distress."

Both doctors said DeWine and Cordray, respectively, would have no need for activity restrictions if elected.

The AP requested on July 27 that the two candidates' campaigns produced doctors' letters containing information on their overall health by Aug. 31. DeWine met the deadline, while Cordray missed it by almost a month. His campaign, which produced its letter Friday, said Cordray was having trouble finding time to get to the doctor.

An AP review of historical information found that DeWine would be the oldest governor in state history and Cordray would be the 10th oldest. Kasich was 58 when he took office in 2011.

The two oldest Ohio governors took office at age 70: William Allen in 1874, who, like DeWine, was a former congressman and U.S. senator; and Civil War hero Andrew Lintner Harris, known as the farmer-statesman, in 1906. The average life expectancy for white males in 1900 was about 47 years, compared to almost 79 years in 2015.