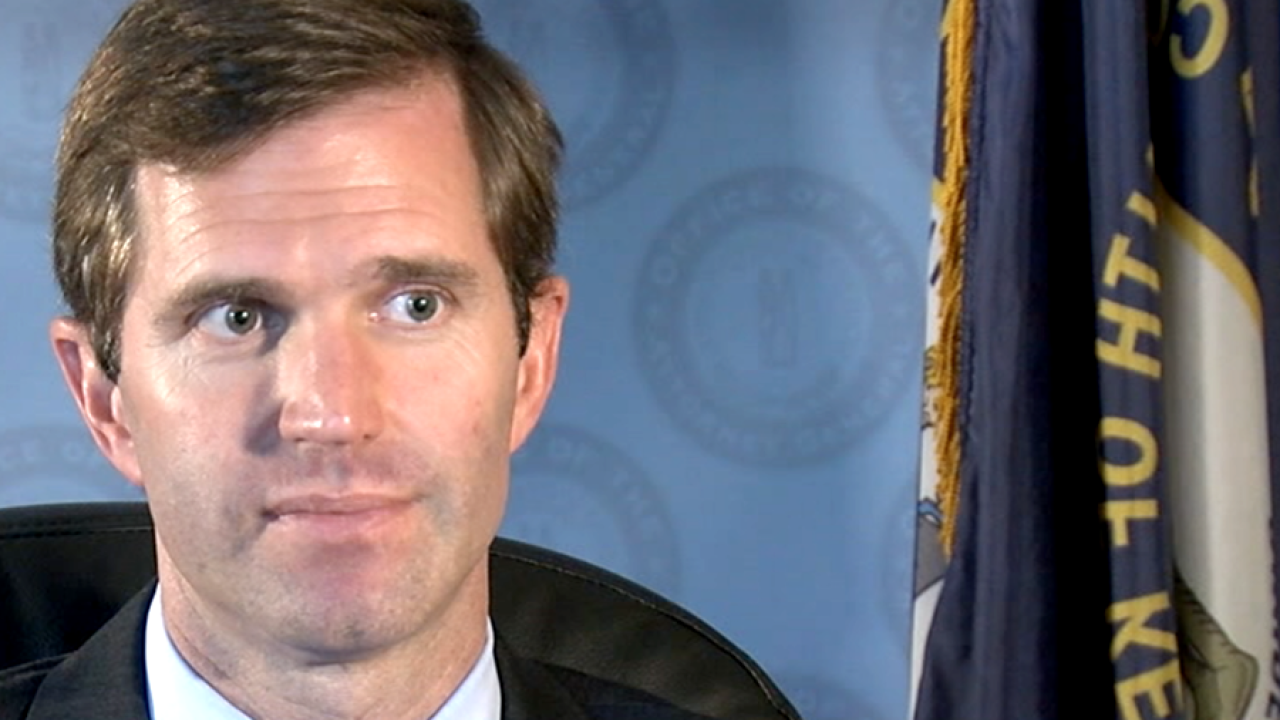 The ad is scheduled to debut Tuesday and will air this week in the Louisville and Lexington TV markets. It stresses Beshear's clashing views with Bevin on health care despite having two tough rivals in next month's Democratic primary — longtime state Rep. Rocky Adkins and ex-state auditor Adam Edelen.

Bevin is the target in another new TV commercial that focuses on the incumbent's verbal feuding with teachers and education advocates over pensions and charter schools. That ad is being run by one of Bevin's GOP challengers, state Rep. Robert Goforth.

Beshear's 30-second ad starts out by showcasing Lukas Stevens, a young boy with diabetes, as Beshear touts his efforts as attorney general to protect health coverage for pre-existing conditions. Beshear joined a group of state attorneys general to defend the ACA, also known as "Obamacare."

"That would hurt Lukas and nearly half of all Kentuckians," Beshear says in the ad. "I'm not going to let that happen. As attorney general, I'm helping lead a national effort to protect coverage for pre-existing conditions."

Bevin, who is seeking a second term, is an ally of President Donald Trump, who dominated in Kentucky in his 2016 run to the White House. Bevin has said he thinks the ACA was unconstitutional from the start.

The Trump administration's position to invalidate the entire health care law is at odds with previous statements by leading congressional Republicans, who said they did not intend to repeal other parts of the law when they cut out its unpopular fines on people who remain uninsured.

The case against the ACA — brought by Texas and a group of other GOP-led states — appears headed for the Supreme Court. A federal judge in Texas earlier ruled in favor of plaintiff states. That prompted the appeal that Beshear joined.

Trump has said a Republican health care plan would have protections for pre-existing conditions and lower deductibles. But there's no sign that his administration has a comprehensive health care plan.

It was Beshear's father, former Gov. Steve Beshear, who used an executive order to expand Medicaid. That order increased Medicaid rolls by more than 400,000 people to include coverage for able-bodied adults.

Bevin says the expansion was too expensive. He won federal permission to require some Medicaid recipients to have a job, go to school or do volunteer work to keep their benefits. Bevin's administration estimated the changes would reduce Medicaid rolls by about 95,000 people and save state taxpayers $300 million over five years.

Last week, a federal judge once again blocked the new Medicaid rules in a setback for Bevin, who indicated the state would appeal.

Medicaid is a joint federal and state health care program for the poor and disabled. The ACA allowed states to expand the program to include adults with no children.

Meanwhile, in Goforth's ad, the Republican challenger says: "Are you fed up with Matt Bevin insulting our teachers, ridiculing our judges, demeaning Kentuckians? He even called our kids 'soft.'" That last remark stemmed from radio comments Bevin made earlier this year about school closures due to frigid weather. In his remarks on WHAS-AM, Bevin said "we're getting soft."

Goforth says in the ad that he would "restore civility and respect all Kentuckians."

Kentucky is one of three states that will elect governors in 2019, along with Louisiana and Mississippi. The other Democrat running for governor in Kentucky's May 21 primary is frequent candidate Geoff Young. In the GOP primary, William Woods and Ike Lawrence are also running.