After wave of teacher activism, some fall short in midterms 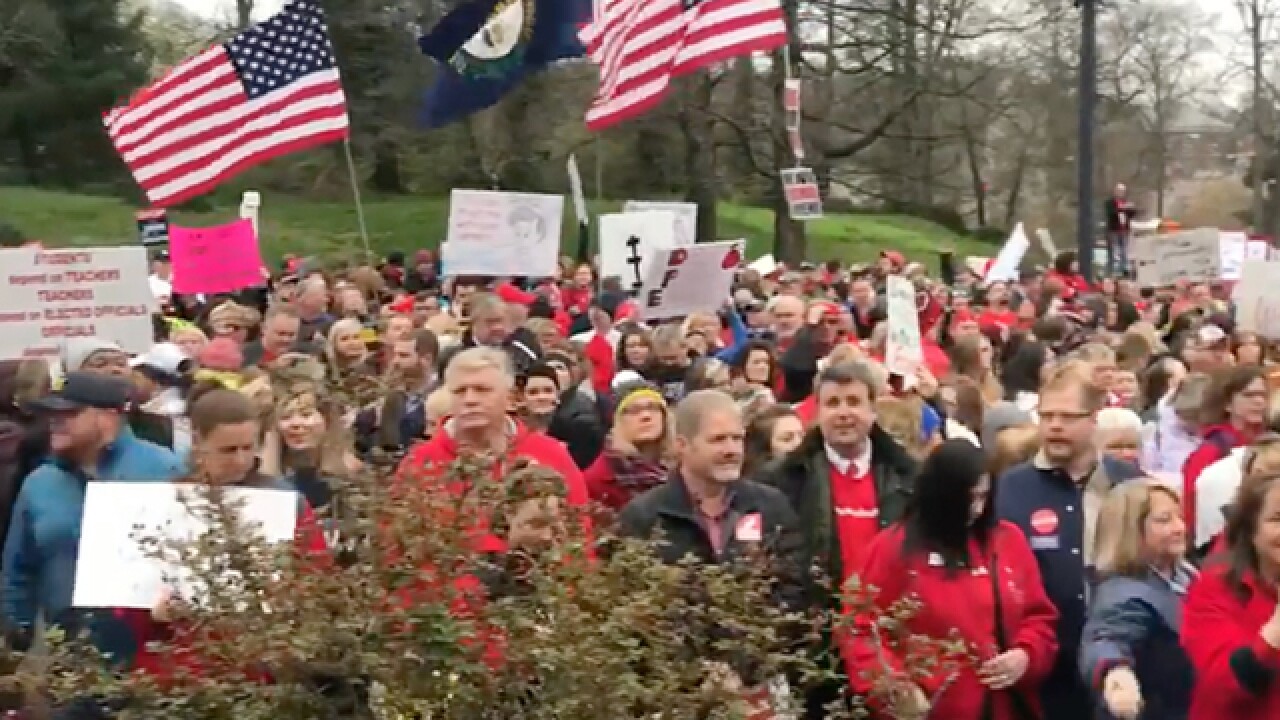 Copyright 2018 Scripps Media, Inc. All rights reserved. This material may not be published, broadcast, rewritten, or redistributed.
<p>Kentucky teachers rally at the state capitol on April 2, 2018.</p>

FRANKFORT, Ky. (AP) — After falling short in her race for the state legislature, high school history teacher Jenny Urie returned to her central Kentucky classroom, suddenly doubtful of just how far a grassroots uprising to bolster public education could go.

As massive walkouts over teacher salaries and school funding inspired many teachers to run for office, Urie was among at least 36 current and former educators on the ballot for the legislature in Kentucky. Two-thirds of them lost.

"Maybe," she said, "people are not as concerned about the future of public education as we might have thought they were. Maybe it hasn't hit them in their homes yet."

For educators who ran for office in states including Kentucky, Arizona and West Virginia that saw teachers converge on capitols this year, there were some successes but also disappointments. Still, advocates say, the movement will have lasting effects after pushing education onto the agenda of many midterm campaigns.

Many candidates who won held themselves out as champions of public education, and the teachers union will be watching to ensure they live up to their pledges, said Lily Eskelsen Garcia, president of the National Education Association.

"Promises were made to the public about commitments to those public school students, and we will be keeping score on who was for kids and who was just kidding, and that is going to make a huge difference in 2020," she said.

Advocates pointed to bright spots in the election results.

Also, Arizona voters rejected a Republican-backed measure to expand the state's private school vouchers program, criticized as a move to drain money from public schools. And several funding measures passed, including a $500 million bond for school safety and water infrastructure in New Jersey and a constitutional amendment in Maryland to require casino revenue be set aside for schools.

The #RedforEd protests, in which teachers clad in red shirts converged on statehouses in conservative states including Oklahoma, had raised hopes of a groundswell of support for candidates who favored increased education spending and teachers who were inspired to run themselves.

Nationwide, polls showed education was not any more of a priority for most voters than in previous years, according to Rick Hess, director of education policy studies at American Enterprise Institute.

"We were awestruck by the energy and the passion that arose in spring. We were awestruck by how successful the teachers were in states like West Virginia, and Oklahoma and Arizona, but if you look simply at the data in terms of what voters were thinking about and saying was a big issue going into the voting booth, there's little evidence education played a big role," Hess said Friday during an Educators Writer Association panel discussion at the National Press Club in Washington.

In West Virginia, where the national movement began with a statewide teachers' strike in February, teacher Cody Thompson, a Democrat, was elected as a state legislator Tuesday, but at least four other current or retired teachers lost House races. Still, teachers unions declared victory in the ouster of Republican majority leaders they had opposed in the House and Senate.

In Kentucky, teachers rallied against the Republican-dominated legislature for passing bills allowing charter schools and making changes to the state's retirement system. Protests in the spring shut down schools in more than 30 districts.

Special education teacher Tina Bojanowski was one of at least 10 educators to win seats in the Kentucky Legislature, defeating Republican state Rep. Phil Moffett after campaigning while teaching full time. She was surprised there were not more.

"The whole push for teachers running didn't pull as many voters over as it did, kind of just public dialogue," she said.

Urie said a few students told her they were sorry she lost. She said she worries teachers' poor showing in the election will embolden lawmakers to pass more bills she does not like, but she is optimistic about seeing so many of her friends involved in the political process.

"I know people in my personal life who were never politically active, never really cared about it, that are just like so much more aware of what's going on," she said. "We're all just kind of waiting to see what will happen. We're ready to respond when it does happen. If it does, we're ready to go back and fight for what we love."