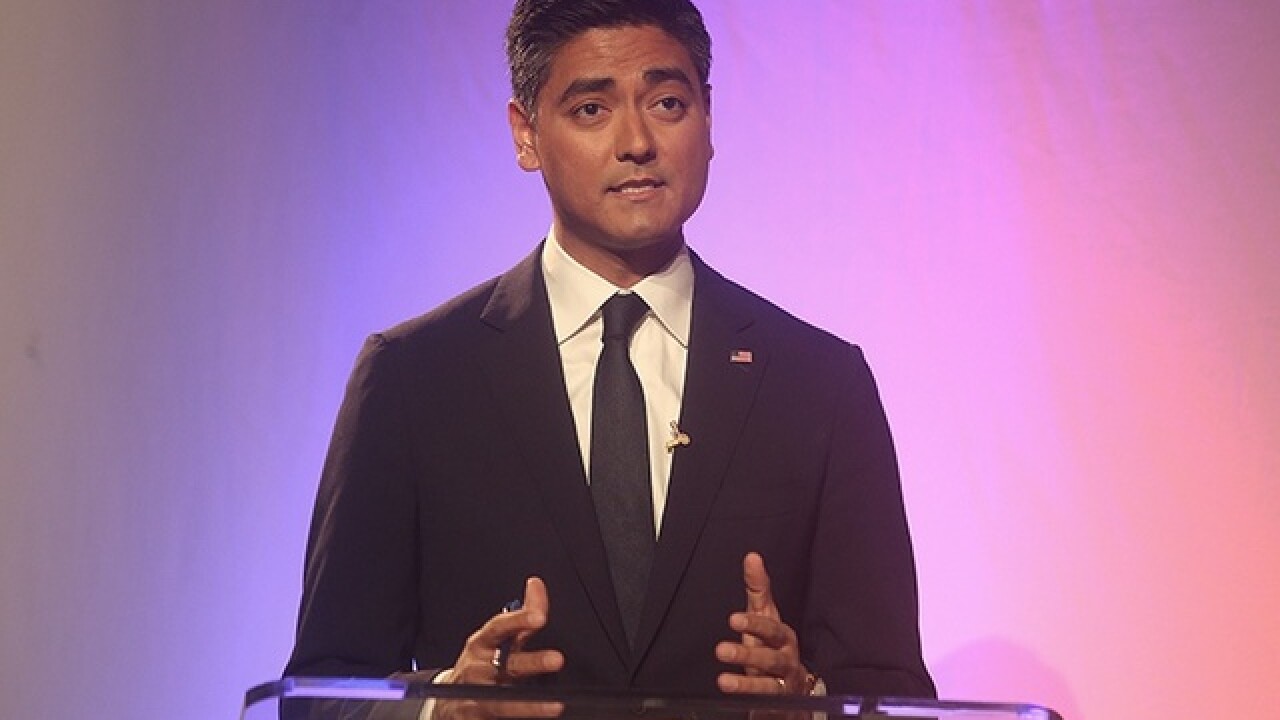 Copyright 2018 Scripps Media, Inc. All rights reserved. This material may not be published, broadcast, rewritten, or redistributed.
Leigh Taylor
<p>Aftab Pureval speaks during a District 1 debate between himself and Congressman Steve Chabot at the Warsaw Federal Incline Theatre on Wednesday, October 24, 2018.</p>

"Our campaign holds itself to the highest standards of professionalism and accountability. Yesterday I learned new information that led me to believe that members of my staff may not have lived up to that standard," Pureval said in a written statement. "We have dismissed those staff members. I do not want this issue to be a distraction in the final days, and therefore have accepted the resignation of my campaign manager."

Pureval, a Democrat and the Hamilton County clerk of courts, is facing off against incumbent Republican Rep. Steve Chabot, who is seeking his 12th term.

The Democrat's campaign has faced several issues, including a state inquiry into spending for a poll and accusations from the Hamilton County GOP that someone from Pureval's campaign made an "illegal incursion into party operations."

"While the actions of a few are inappropriate, I am proud of the campaign we’ve run and the issues we’re fighting for. As a whole, my team is filled with hard-working, dedicated staff and volunteers who are committed to our community and hold themselves to the highest standards," Pureval said. "I am confident that in the final days our team is working hard, focusing on the issues that matter to the people of Ohio’s 1st Congressional District and we will win on Tuesday."