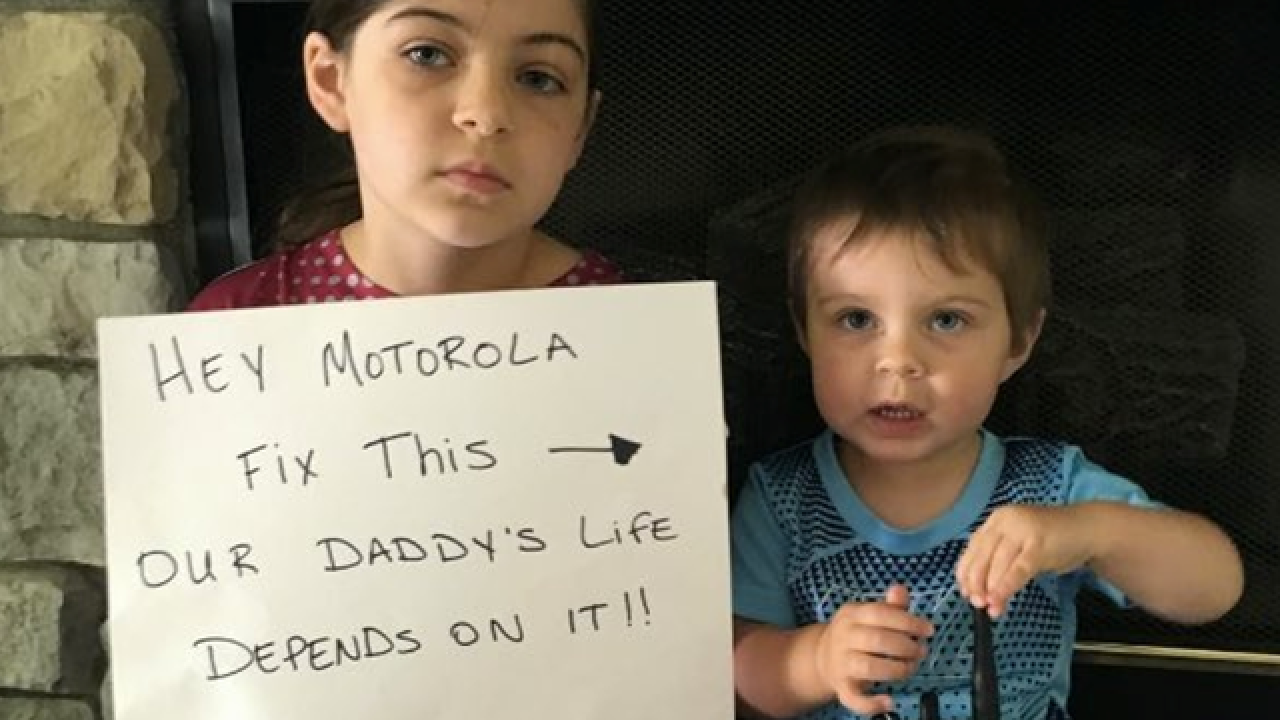 Copyright 2017 Scripps Media, Inc. All rights reserved. This material may not be published, broadcast, rewritten, or redistributed.
<p>Cincinnati Police Officer Kyle Strunk tweeted this picture of children asking Motorola to repair or replace the radios on which his department depends. According to Strunk as well as Fraternal Order of Police president Dan Hils, the faulty radios endanger the lives of officers.</p>

CINCINNATI -- The Cincinnati Police Department's radio woes will come to an end within the week, according to local Fraternal Order of Police president Dan Hils.

Hils and other officers said earlier in the month that their Motorola-made police radios had consistently malfunctioned since they were issued, creating communication hiccups and even placing officers in danger.

Motorola promised Monday to resolve the issues with the radios, and Hils said he believed they were delivering everything his department had wanted.

"It sounds like Motorola came here with everything I asked them to," Hils said. "All the king's horses and all the king's men, and they want to get it right."

It was good news for a police force also dealing with computer-aided dispatch problems after a system upgrade from TriTech, another technology company.

Hils said the radios, at least, would be fixed quickly.

"They are working literally around the clock as we speak," he said. "Upgrading radios, making more towers that these radios will reach. There are a lot of steps being taken, and they are taking them right now."