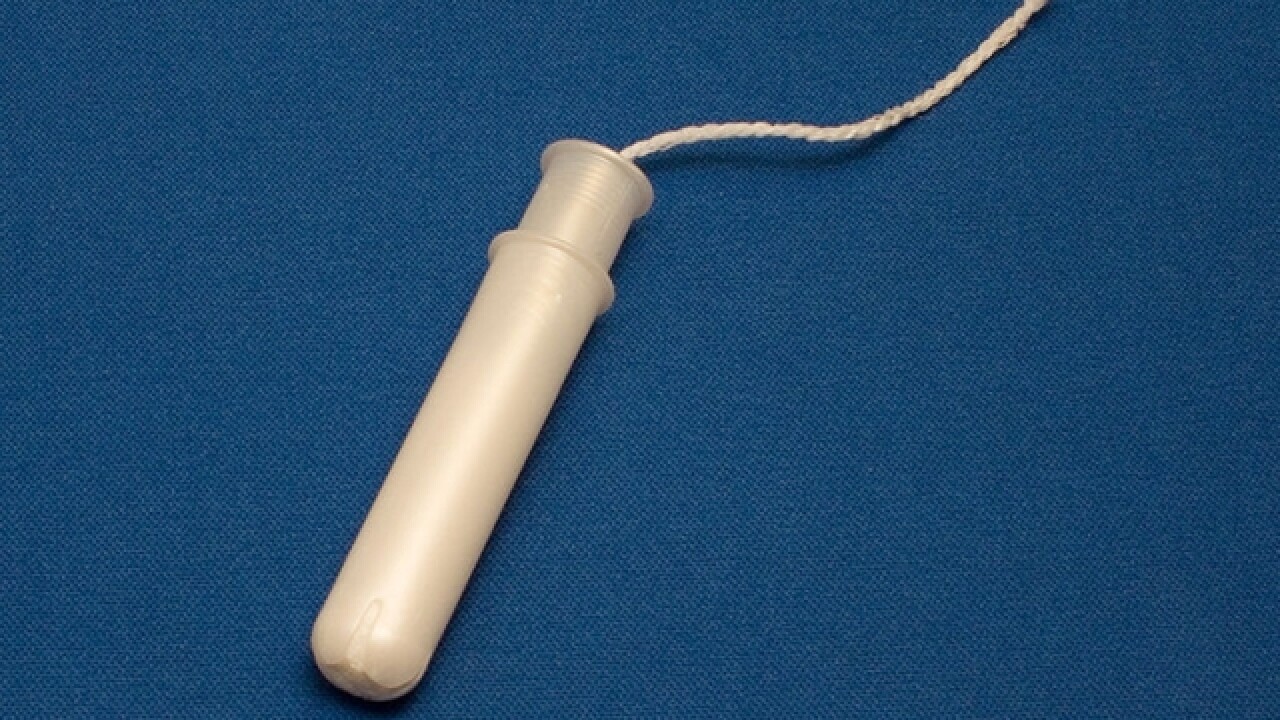 CINCINNATI -- Giving free tampons and pads to women in Cincinnati's public schools and homeless shelters could cost more than $360,000 every year, potentially creating a deficit in the health department's budget.

That is, if the city went it alone.

Health officials hope they could cut that amount by getting help from private partners, including local Fortune 500 companies.

"And so I think, kind of, if you go over to the last page of the report, you see if this is an item we added, it would take a significant hole in the budget because you're looking at $360,000 to provide that," Interim Health Commissioner Dr. Marilyn Crumpton told council's Human Services, Youth and Arts Committee last week.

Cincinnati's cost could be as low as $216,000 a year or as high as $550,000, depending on how many girls and women actually used the free products, whether the city could get a cheaper cost buying in bulk and whether the cost of pads and tampons changed over time.

"We did a lot of research to try to make sure we provided fair numbers," Crumpton said.

The city already gives out free feminine hygiene products at its 13 school-based health centers, where 3,674 girls and young women are enrolled. If the program expanded to the entire Cincinnati Public Schools system, that number would nearly triple to 10,500 female students.

There are also about 2,743 women and girls in local shelters, bringing the total to about 13,243 people who would need to be served. Unlike New York, Cincinnati doesn't operate any of its own correctional facilities.

Although the report says a woman spends, on average, about $67 on feminine hygiene products each year, students aren't in school year-round. In fact, the Cincinnati Health Department spent just about $1,200 on products at its 13 school health centers last school year -- much less than if students there used the school for their main source of pads and tampons. The estimate given to council cut the cost for public schools to account for that.

"This report is a good first step," said Councilman P.G. Sittenfeld, who first asked for the costs, "and we look forward to working with the administration, the county, and the private sector to determine -- based on the memo and other information -- where the priority should be and how to efficiently approach next steps."

Crumpton said Kroger donates some products to Oyler School in Lower Price Hill, and Procter and Gamble has grants available. She said the health department would reach out to local homeless organizations to make sure they're aware of the grants and possible donations.

"We utilize school nurses to implement these programs in some of the schools," Crumpton said. "It requires, I believe, writing a request, maybe writing a grant in order to get that."

School nurses also give out educational materials with the products, which Crumpton said is an added benefit.

Councilwoman Yvette Simpson, chairwoman of the committee, suggested council revisit the issue if there's a gap after the health department reaches out to the private sector.

"What I hear is that there are some great options that don't require us to expend funds that are being explored," she said.