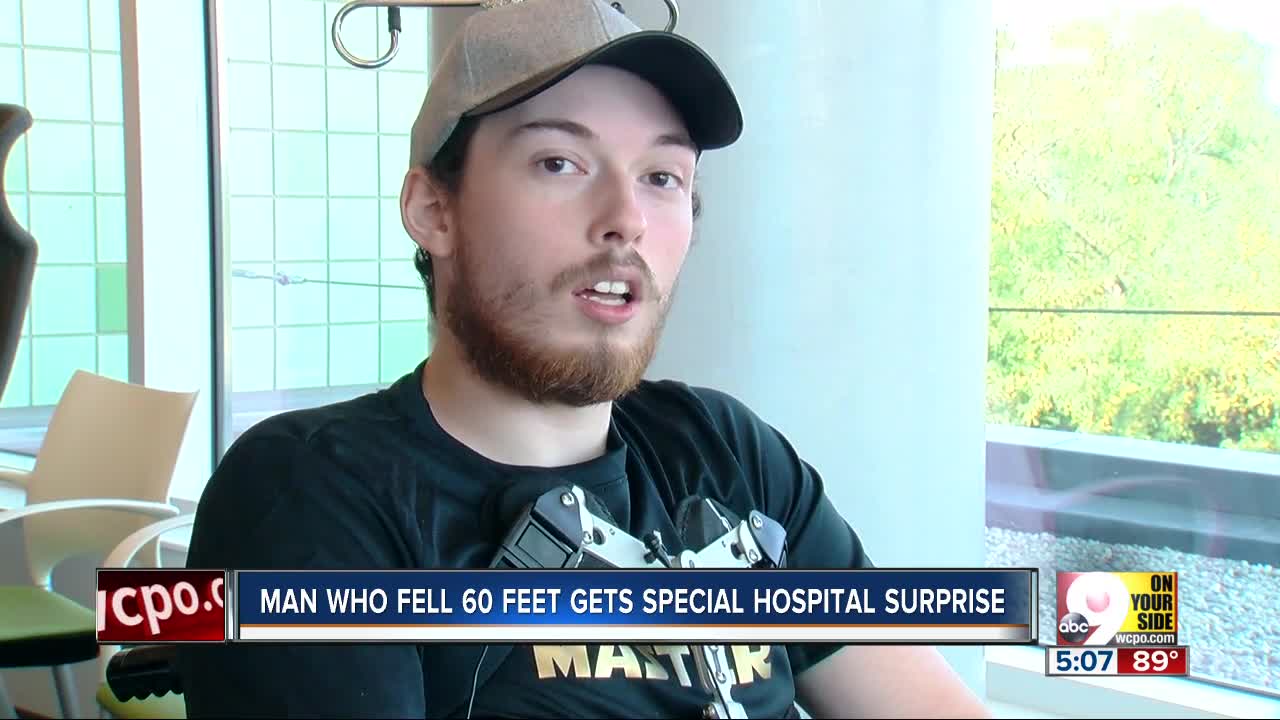 Michael May accidentally fell 60 feet from a parking garage, breaking most of the bones in his feet and ankles. Doctors were shocked that he wasn't paralyzed.

A University of Toledo student who fell from the sixth floor of a parking garage got a special surprise at Mercy Health West Hospital Monday morning.

Nineteen-year-old Michael May, graduate of the School for Creative and Performing Arts’ dance program, had been sitting on a ledge in a parking garage near Glass Bowl Stadium when a misjudged turn sent him plummeting 60 feet down. The impact shattered his left ankle, breaking most of the bones in both feet. Despite the pain, he crawled 40 yards to find help.

“My surgeon was surprised I’m not paralyzed,” he said Monday.

He might never dance again, his mother wrote on a GoFundMe campaign to raise money for his medical expenses.

But he got a morale-boosting visit from members of the Cincinnati Ballet, including lead dancer Cervilio Amador, who stopped by the rehabilitation lounge to cheer him on as he works toward recovery.

May said he believes his background in dance has helped him in physical therapy, he added.

“They’re surprised at the range of motion in my left foot,” he said.

He continues to study toxicology and pharmacology of the University of Toledo, but the fall left his family with significant out-of-network medical expenses. Anyone who would like to contribute to his recovery can do so via GoFundMe.