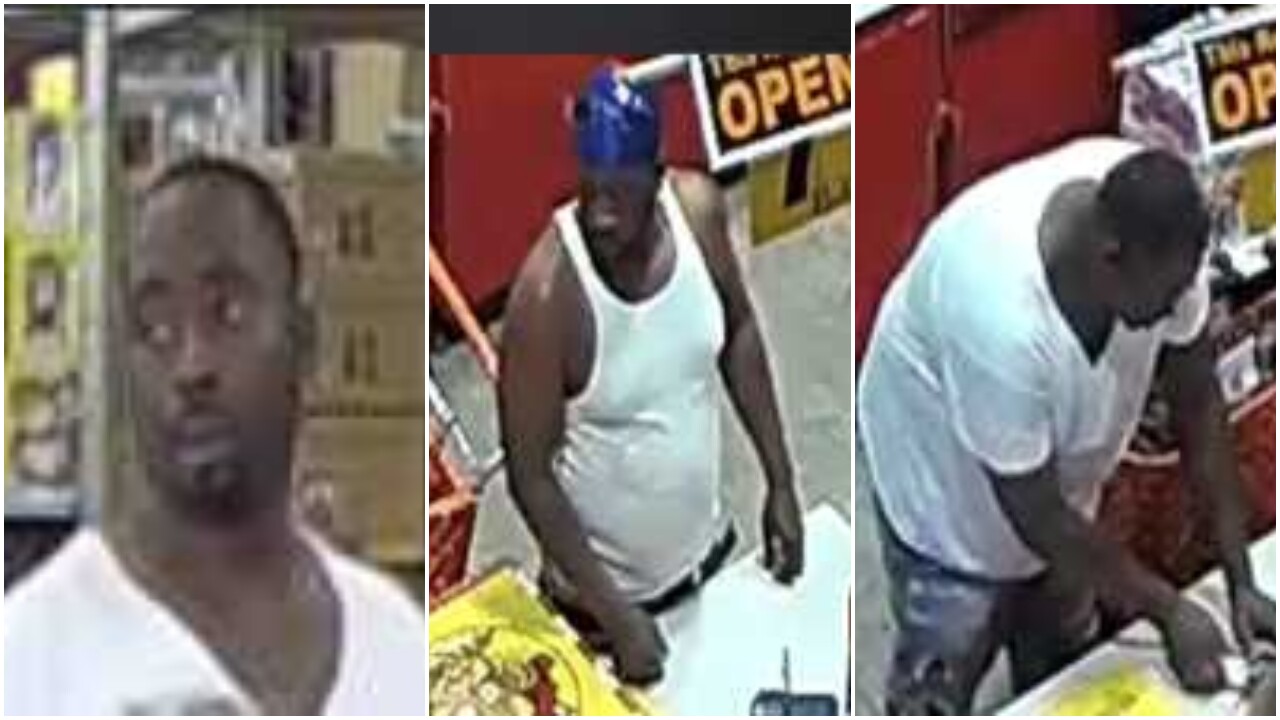 AURORA, Ind. -- Police are looking for three men who stole a credit card and bought over $1,000 worth of fireworks on the Fourth of July, according to Aurora police.

Authorities said three black men between the ages of 25 and 40 stole a credit card and bought $1,212.76 worth of fireworks between 10 and 11 a.m. at Party at Trav’s in Greendale, Indiana.

One of the suspects has a medium build and was wearing a white tank top, a bright blue hat with glasses on top of his head and light color pants with a black belt.

The second suspect has a medium to heavy build and was wearing a white T-shirt and blue jeans.

The third suspect has a thin to medium build and was wearing a white T-shirt and glasses.