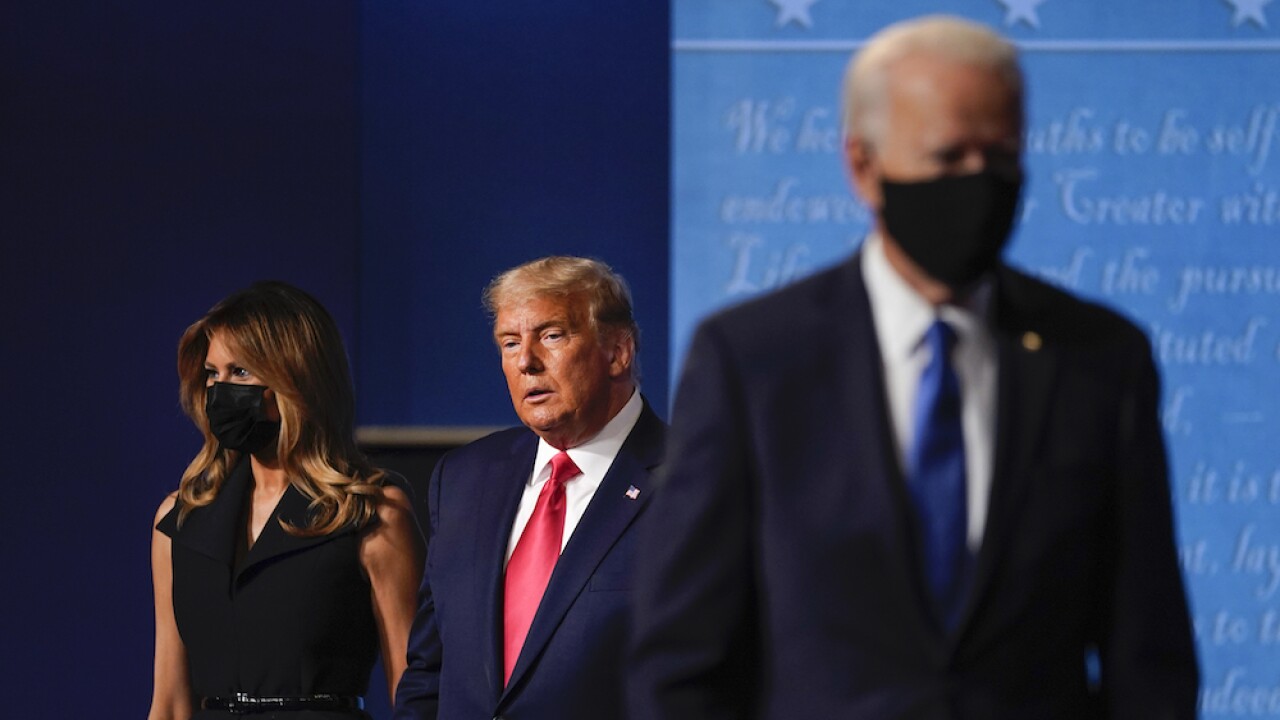 Democratic presidential nominee Joe Biden will remain in his home state of Delaware on Wednesday while President Donald Trump continues full speed ahead with his busy rally schedule.

Trump will court voters in two western swing states on Wednesday — Nevada and Arizona. The President will appear at a rally in Bullhead City, Arizona — a city located at the border of Nevada's southern tip — at 3 p.m. ET. He'll later head to the Phoenix area and hold a rally in Goodyear at 5:45 p.m. ET.

Trump carried Arizona by a 48% to 44% margin in 2016, but recent polls show voters are leaning toward Biden this year.

Nevada went for former Sec. of State Hillary Clinton in the last presidential election and broke for President Barack Obama in 2012. Biden is also favored to take the state in 2020.

Biden remained in his home state of Delaware on Wednesday and received a briefing from public health experts regarding the COVID-19 pandemic.

During remarks following the briefing, Biden urged all Americans to continue wearing masks, calling it "patriotic" and "not political."

Biden also criticized the Trump administration's handling of the pandemic, hitting the President on everything from his health care plan to recent comments from administration officials.

"We've lost more than 220,000 lives of this virus already. But this administration has just given up," Biden said. "Over the weekend, the White House chief of staff, Mark Meadows, went on television and admitted that they've waived the white flag and declared surrender. He said, quote, 'we're not going to control the pandemic.' The American people deserve so much better than this."

Trump often hits on Biden for "hiding" from the media and avoiding large rallies. Biden has been less visible than the President and held fewer rallies, and has instead opted for more speeches and remarks designed for a national TV audience.

With election day six days away, Americans have been voting early at a record pace. While Biden continues to lead in national polls, the margins in some key swing states are a bit slimmer.