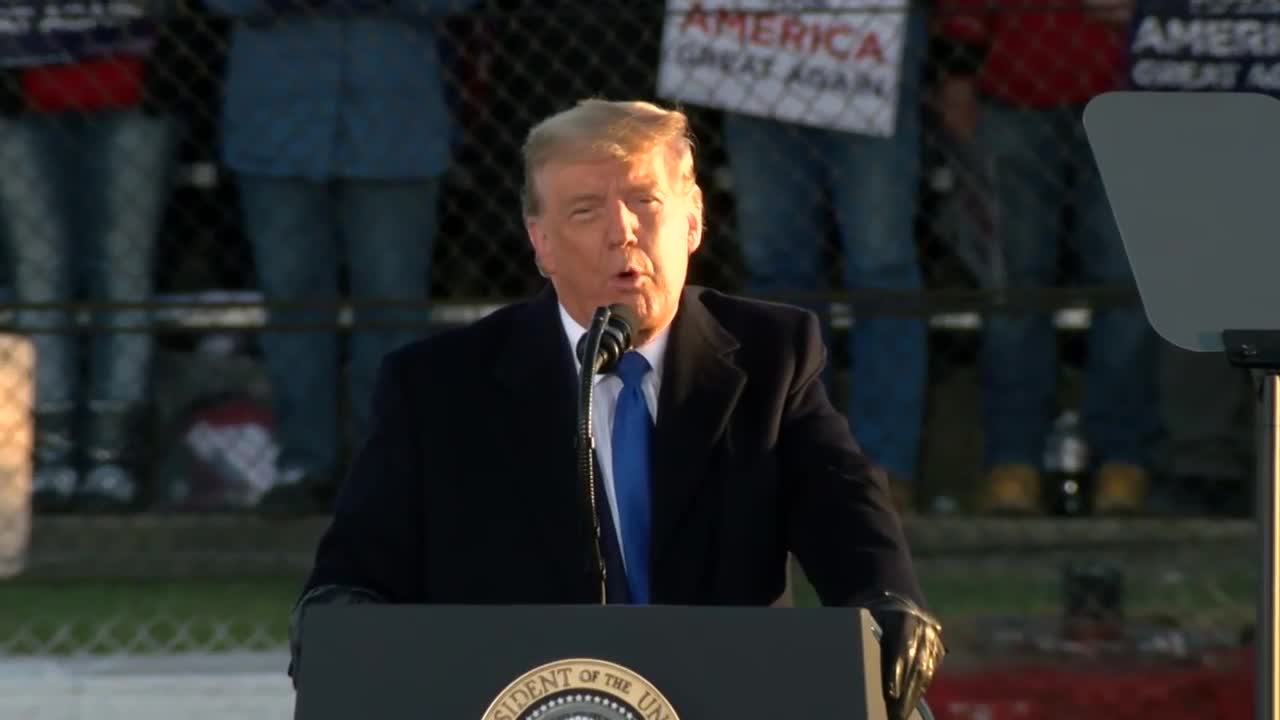 Donald Trump took credit during a rally today for the National Guard in Kenosha, saying Kenosha wouldn't be standing if it wasn't for him. 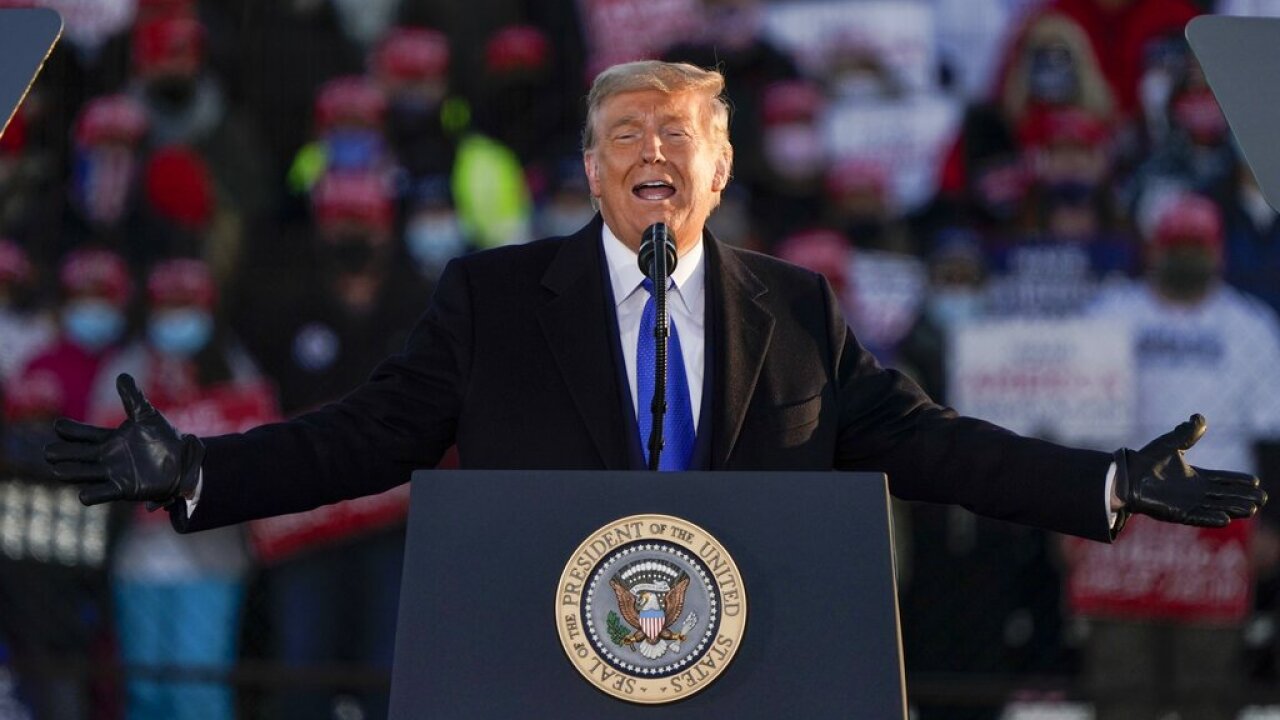 At a rally in Wisconsin Tuesday, President Donald Trump called on Gov. Tony Evers to "open it up" and claimed he "saved Kenosha" by sending in the National Guard.

The president touched on two hot topics in the state: coronavirus, and protests and unrest in Kenosha following the police shooting of Jacob Blake.

"Speaking of lockdowns," Trump said after claiming Joe Biden wants to lock the country down to stem spiraling COVID-19 cases, "let's get your governor to open it up, get him to open it up."

Trump moved on to protests and unrest in Kenosha.

Gov. Evers authorized Wisconsin National Guard members to deploy to Kenosha on Aug. 26, to assist local law enforcement. Biden vowed during his own visit to Kenosha that he will never exploit members of the National Guard for political purposes.

The president's rally Tuesday was his third in Wisconsin in the past two weeks. Trump attended a campaign event in Waukesha last Saturday and in Janesville the weekend before that. In early September, Trump visited Kenosha following protests and unrest.

Prominent members of both the Trump and Biden campaigns have been ramping up their visits to the key battleground state ahead of Nov. 3, as some polls suggest the state will be won by slim margins, just like in the 2016 presidential election.

This article was written by Jackson Danbeck for WTMJ.