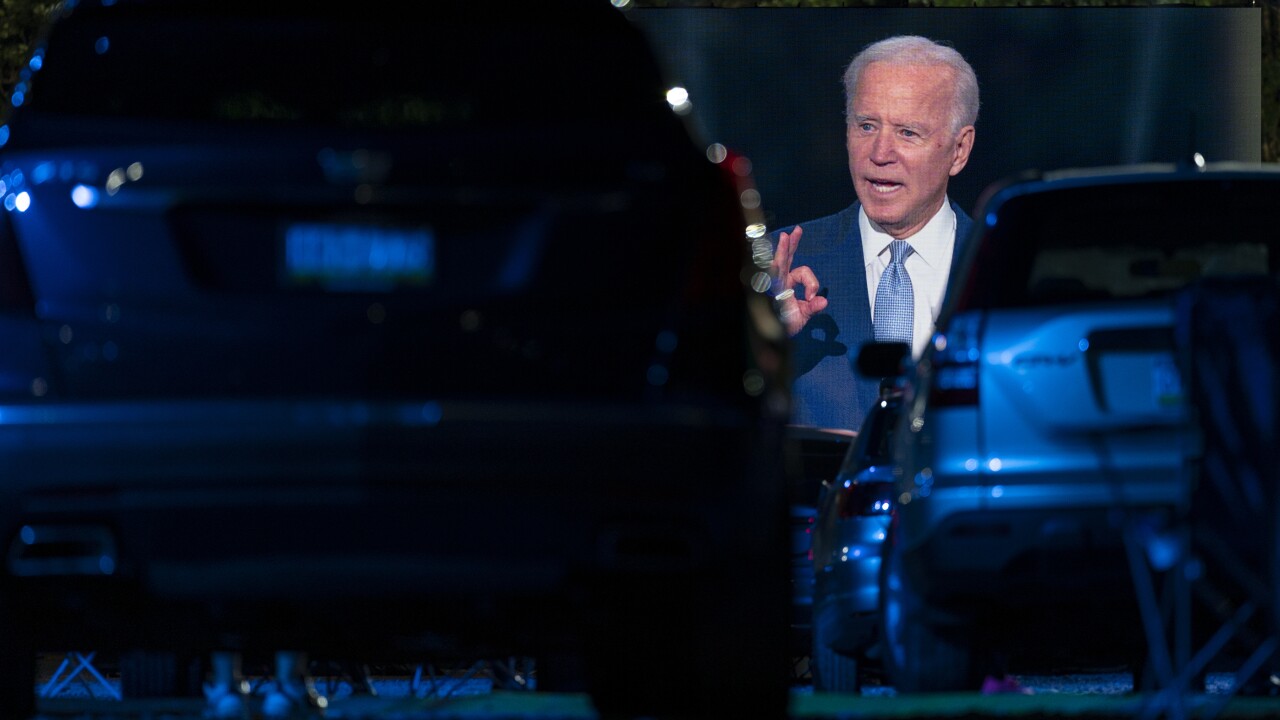 Speaking from a parking lot near his hometown of Scranton, Pennsylvania, Democratic nominee Joe Biden said that he would not make schools require students to get a coronavirus vaccine.

The town hall was hosted by CNN drive-in movie style. The former vice president took questions from voters in a state that could be pivotal in this year’s presidential election.

During the town hall, Biden repeated that he does not trust President Donald Trump’s handling of the coronavirus. But he said he would take a vaccine approved by the Trump administration — if Dr. Anthony Fauci, the director of the National Institute of Allergy and Infectious Diseases said it was safe.

"I don't trust the president on vaccines. I trust Dr. [Anthony] Fauci," Biden said. "If Fauci says a vaccine is safe, I would take the vaccine. We should listen to the scientists, not to the president."

In particular, Biden was angered over comments made by President Donald Trump to journalist Bob Woodward that became public last week. In the spring, Trump confided to Woodward in March that he did not emphasize the risks of the coronavirus in order not to cause a panic.

I still like playing it down because I don't want to create a panic," Trump told Woodward.

"He knew it and did nothing. It's close to criminal," Biden said on Thursday.

Trump and his public health experts have been at odds in recent weeks over the timing of when a vaccine would be both approved and widely distributed. Trump has suggested that a vaccine could be available much sooner than some experts have suggested.

But CDC Director Robert Redfield said it might not be until the middle of 2021 before a vaccine is widely available.

Trump later said that Redfield was “confused” over the timing of a vaccine.

"I think he made a mistake when he said that,” Trump said. “That's just incorrect information. I called him and he didn't tell me that and I think he got the message maybe confused. maybe it was stated incorrectly.”