318 primary ballots won’t be counted in Butler Co. after USPS delivers them days after deadline 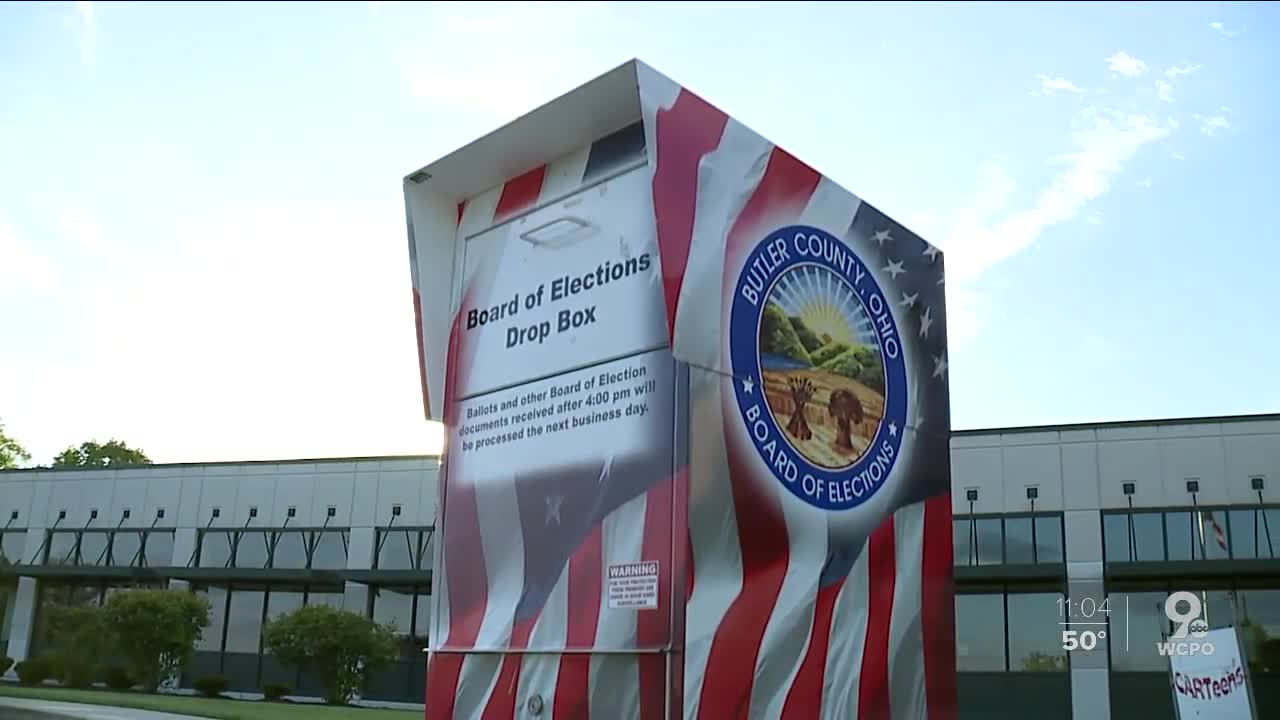 More than 300 properly-cast primary ballots can’t be counted by the Butler County Board of Elections after the U.S. Postal Service delivered them three days after the state's deadline.

HAMILTON, Ohio — More than 300 properly-cast primary ballots can’t be counted by the Butler County Board of Elections after the U.S. Postal Service delivered them three days after the state's deadline.

USPS delivered 318 absentee ballots postmarked on or before April 27 to the Butler County board on Monday. That means the postal service held onto the ballots for 14 days.

“Especially we want voters to do what they’re supposed to do. Then all of a sudden the USPS drops the ball? It’s very disheartening. Very frustrating for all of us,” Director Diane Noonan told WCPO.

Ohio House Bill 197, which set out the procedures for the mail-in 2020 primary election, states that ballots received at election boards after 7:30 p.m. on April 28 and not later than May 8 are eligible to be counted if they are postmarked on or before April 27.

“We’re not permitted to count these votes, which is very disheartening," Noonan said.

"The U.S. Mail serves as a secure, efficient and effective means for citizens and campaigns to participate in the electoral process, and the Postal Service is committed to delivering Election Mail in a timely manner. We employ a robust and proven process to ensure proper handling of all Election Mail, including ballots. Regarding this specific instance, postal management is researching the matter and will have no further comment until that investigation is complete," a USPS spokesperson told WCPO in an email Tuesday.

Warren County threw out 128 ballots because they did not have a postmark. Hamilton County did not count 58 votes for the same reason. Clermont County also scrapped 52 ballots.

Sec. of State Frank LaRose this week has expressed a need for new deadlines, free postage and more money to upgrade every county election board to prevent problems like this before the November general election.

Hamilton resident Jack Whalen says he's worried the same mistakes with the postal service might happen during the general election.

“That’s a big concern because come November, this November, there’s a high probability that we’ll be using all mail-in votes," he said.

He says he's in favor of a tax increase for improved roads, an issue which currently is ahead by nearly 100 votes. For Whalen, every vote matters.

“It’s like being pregnant and having false labor," Whalen said. "We keep waiting for the results, and we don’t.”

Elections officials said one way you can guarantee your vote will be counted is to bypass the postal service altogether and instead use the drop off boxes located outside the elections boards in every county.

"Fill it out early, send it back early," recommends Eric Corbin, the deputy director of the Butler County Board of Elections. "Track your ballot online. Make sure we have it. If your ballot isn’t coming back or is lost, if we have time, we can get you another ballot and void the early one.”