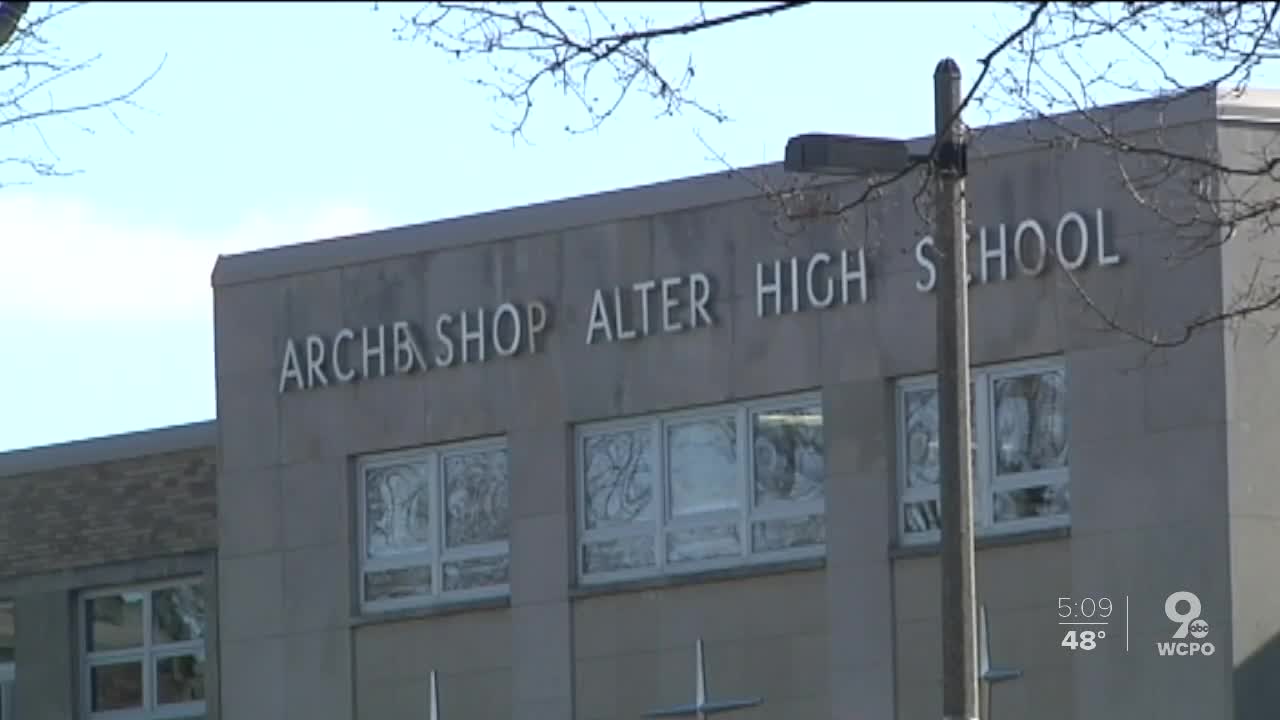 A beloved Catholic school teacher has reportedly lost his job, and his supporters say it's because of who he loves. A group of students and alumni are now trying to get enough support to save his job.

KETTERING, Ohio — A beloved Catholic school teacher has reportedly lost his job, and his supporters say it's because of who he loves. A group of students and alumni are now trying to get enough support to save his job.

According to WCPO’s media partner the Dayton Daily News, the Archdiocese of Cincinnati recently decided not to renew the contract of a gay teacher at Archbishop Alter High School outside of Dayton, Ohio.

A Change.org petition that started only two days ago has garnered over 10,000 signatures in support of the teacher, saying the teacher is being pushed away for who he loves.

The Archdiocese of Cincinnati says it does not discuss personnel matters publicly when asked about this situation. A spokesperson says the archdiocese values all teachers, but expects its employees to be witnesses to Catholic teachings in both word and deed.

Because the teacher did not return requests for comment for this story, WCPO is not naming him or including a link to the petition.

“When they see their teachers, their favorite teachers – people they look at and respect – get terminated for that? It’s a bad message to send, in my opinion,” said Cincinnati Public Schools Board Member Mike Moroski.

Moroski, who spent 12 years teaching and in administration at Catholic schools in the archdiocese, says he was fired after creating a blog post in support of gay marriage and refusing to take it down. Moroski says terminations like that can send a damaging message to children.

"I had students reach out to me after I got fired saying, ‘What does this mean for somebody like me, who is struggling with their identity and has been told tacitly and explicitly in the Church in which their parents raised them that they’re bad for having these feelings and they’re sinful?'" Moroski said.

The archdiocese now has all educators sign a teacher-minister contract, which forbids employees from participating in or advocating support for things that go against the Catholic Church’s teachings. That includes same-sex relationships, sex before marriage and abortion, among others.

In its statement, the archdiocese did not say why it was not renewing the contract of the teacher at Alter High School, but it included three paragraphs from the Catechism of the Catholic Church, which calls homosexuality “acts of grave depravity” which “under no circumstances can they be approved.”

"Recently a decision was made to not renew the annual contract of a long-time and highly valued teacher at Archbishop Alter High School. This development has naturally precipitated a great outpouring of sadness and anger, as this teacher was very obviously highly-regarded and well-liked by many Alter students and parents.

"We have also seen a great deal of misinformed and mean-spirited comments in emails and social media, much of it directed personally against principal Lourdes Lambert and her family. This is immoral and unfair. Mrs. Lambert is faithfully fulfilling her responsibility as principal of a Catholic high school and employee of the Archdiocese of Cincinnati. Personal attacks against her and her family are not acceptable.

"The policies guiding schools of the Archdiocese of Cincinnati are informed by the enduring teaching of the Catholic Church – not by hate, bigotry, or homophobia, as some have alleged. We respect and love all our brothers and sisters because they and we are each made in the image and likeness of God. The inherent dignity of every human being does not mean, however, that all behavior is to be condoned. The Catholic Church contains what we, as Catholics, believe to be the truth about God’s plan for human flourishing, and our teachers a re asked to be witnesses to that truth in both word and deed. In fact, it is a condition of employment, as is clearly spelled out in our teacher-minister contract.

"There is no doubt that each of us is a sinner, so perfection is not the standard. And we do not judge people, as such judgment is reserved for God alone, only behavior. Behaviors that are not regrettable mistakes but are rather confirmed life choices contrary to Catholic teaching cannot be offered to young people as a witness to the faith, no matter the many other outstanding attributes a person may possess. Sometimes, personal decisions mean that an individual and an organization are simply no longer compatible – nothing more, nothing less. We hope and pray that you might prayerfully consider this.

"It saddens all of us that this matter has caused a fracture in the wonderful, strong Alter community. My hope and prayer is that we are able to stay united in charity as members of the family of God. May God bless you this day and always."