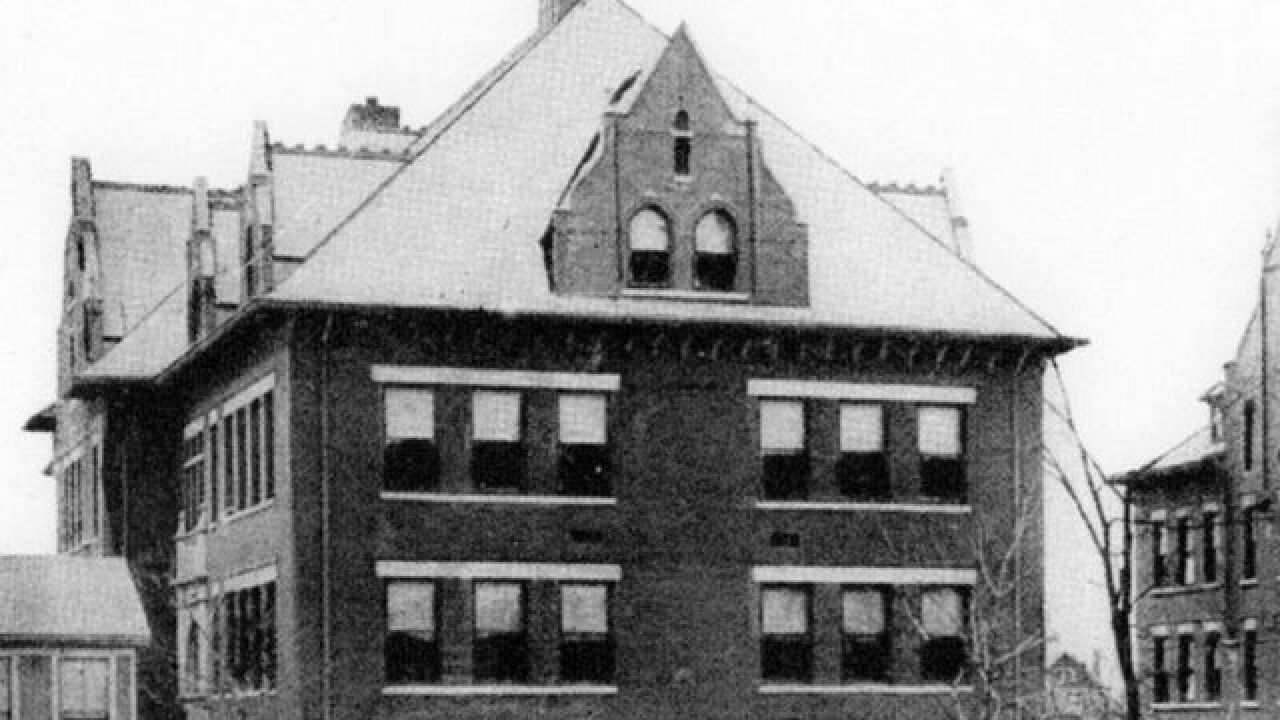 NORWOOD, Ohio — Norwood City Schools’ oldest building will go to the highest bidder in an auction this weekend.

For a minimum of $875,000, the former Allison Elementary School building will be up for grabs at 11 a.m. Saturday at the district office, 2132 Williams Ave.

The facility was the fifth built in the district and is the oldest one currently owned by Norwood City Schools. It was built as a 12-room elementary school in 1896, during a period of rapid growth. A 12-room addition was built in 1917, after a fire burned down an adjacent building also being used by school.

As developers maxed out the available land in the area, the growth slowed, and in 2008 school board members voted to close the building due to declining enrollment.

“It’s stabilized and slowly creeping back up, but not to the point where any time in the near future will we need an additional elementary school,” said Rob Amodio, superintendent for Norwood City Schools.

District officials have retained possession of the building for the past eight years, hoping to find another use for it.

The district at one point was in talks with Xavier to make it an inter-generational facility, but the funding fell through, said school board President Scott Faulkner.

While the building isn’t in use, he estimated it costs the district around $40,000 to $50,000 annually to run the boiler for heat and electricity to keep the building secure and heated to a minimal level. After eight years, with no other plans on the horizon, board members could no longer justify the cost of maintaining the building.

Despite the cost, it’s hard for many residents to let go of a piece of the district’s history. Even as a board member, the decision to sell Allison Elementary was “heartbreaking” for Faulkner, whose children both attended the school.

“I hate to see us part ways with it, but there comes a time when you have to step away and say it’s not a sentimental thing anymore,” he said.

“That’s what we’re put in place to do, is to make the right financial decisions,” he added. “But it does come with mixed emotions.”

As prescribed by law, the money from the sale of the building will go into the district’s facilities fund.

“It will be used just for daily upkeep of other facilities and buildings we own and occupy,” Amodio said.

The money will help cover the cost of projects outlined in the district’s master facilities plan, which is designed to help keep buildings current, Faulkner said.

While the future use of the property will be determined by the purchaser, he hopes to see the existing building re-purposed for housing or something similar.

“Even though it’s an empty building, it still costs us money, so it will be good to see something happening there,” Cornelius said.