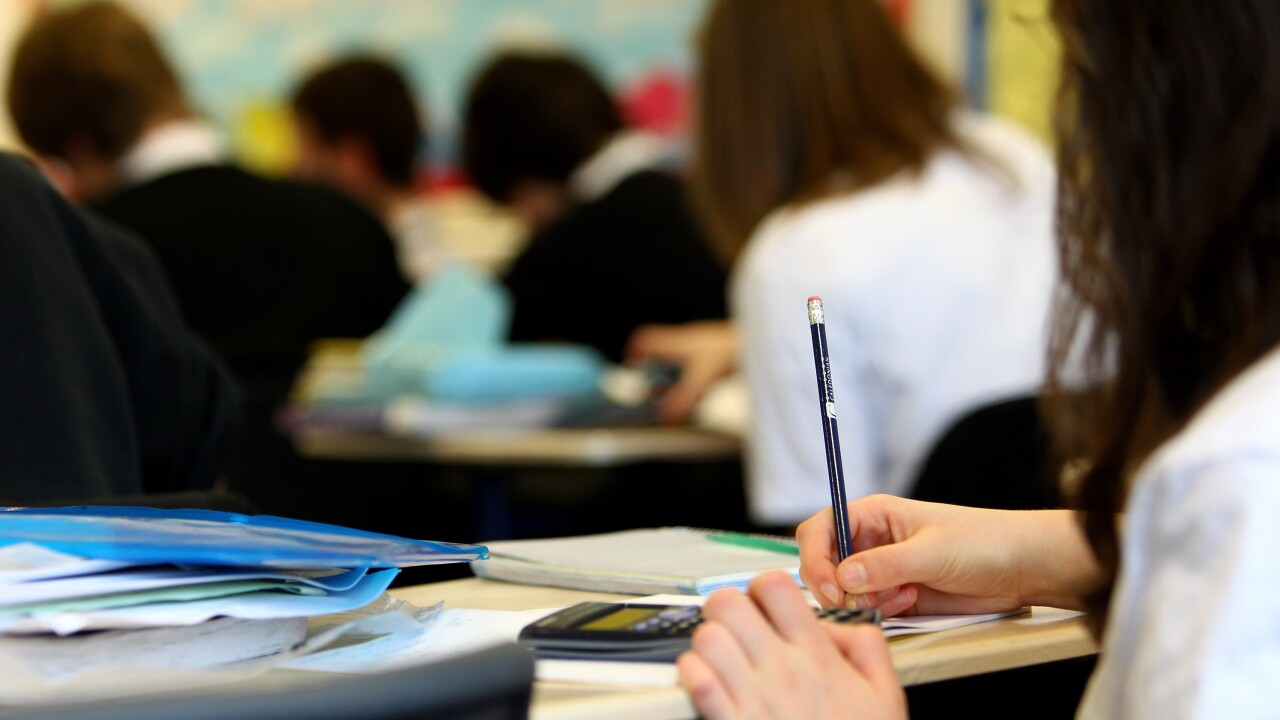 Jeff J Mitchell/Getty Images
GLASGOW, UNITED KINGDOM - FEBRUARY 05: Pupils at Williamwood High School attend a math class on February 5, 2010 in Glasgow, Scotland. As the UK gears up for one of the most hotly contested general elections in recent history it is expected that that the economy, immigration, the NHS and education are likely to form the basis of many of the debates. (Photo by Jeff J Mitchell/Getty Images)

Rep. Robert Cupp, a Republican from Lima, says he prefers not to see big policy changes enacted through the state budget process, but rather in their own bills.

Some lawmakers propose reversing a law that shifted operational control of poor-performing Ohio school districts to state-appointed panels and unelected CEOs instead of locally elected boards.

Other lawmakers would leave such districts under state control but prevent more so-called "state takeovers" through such commissions.