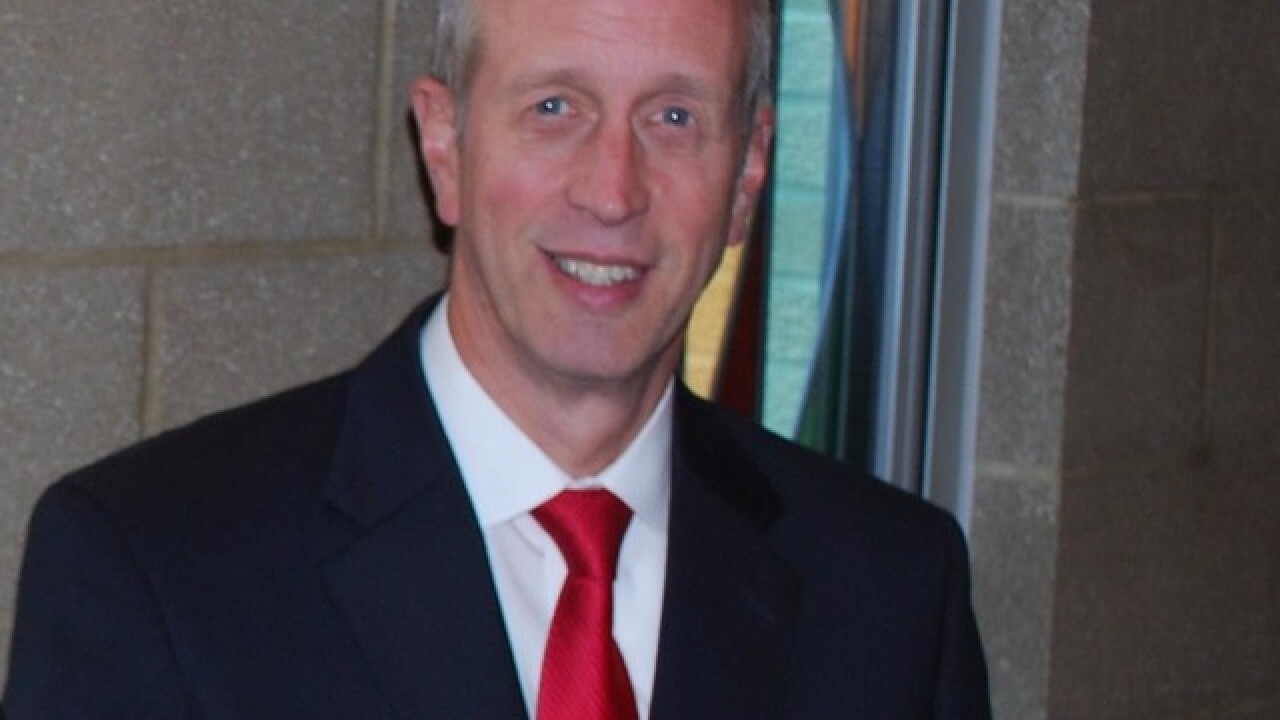 CINCINNATI – La Salle High School's longtime principal has been dismissed with little explanation from the school or the archdiocese.

Archdiocese and school officials have declined to say why they opted not to renew his contract or why he was asked this week to step down immediately rather than continue actively serving as principal through the end of the school year.

But in response to many questions from the La Salle community and media, Archdiocese of Cincinnati Interim Superintendent Susan Gibbons and the La Salle Board of Limited Jurisdiction posted a joint letter on the high school's website Tuesday afternoon that clarified some factors that were not behind his dismissal.

"The recent decision by the archdiocese was in no way the result of any criminal or immoral behavior or any actions that jeopardized the safety of La Salle students, faculty, or staff," she wrote.

She confirmed that LaSalle's Board of Limited Jurisdiction recommended not renewing Luebbe's contract and that her office and Archbishop Dennis Schnurr concurred.

La Salle falls under the jurisdiction of Archbishop Dennis Schnurr, who grants advisory power to the high school's board.

Wednesday's letter expanded on a notice that went out last week announcing the non-renewal. In that letter, Gibbons wrote, "We wish Tom well in his next pursuits, and know that his impact will be forever felt on the Lasallian community that he has served so passionately."

Greg Tankersly, LaSalle's executive director of business operations, told WCPO that La Salle's enrollment is flat going into next school year. The high school is implementing changes to its curriculum that have resulted in the elimination of several positions and the addition of some new ones.

The net result is a slight reduction in staffing, but he said the changes were not budget-driven. Tankersly said the school was limited in what details it could share about Luebbe's departure because of personnel privacy issues.

But he did add, "He did nothing illegal. It's just a different direction."

Some alumni are upset about the dismissal enough to have launched a Facebook page in support of Luebbe.

Cincinnati City Council Member Kevin Flynn, a 1978 LaSalle graduate and former La Salle board member, said he was in the dark about why Luebbe was dismissed.

"I like Tom. I think that La Salle's enrollment has been declining over the years, and I don't know who's fault that is other than Catholic education is getting more and more expensive and it's harder for families to afford that," Flynn said.

He pointed out that Luebbe, who taught Flynn in the 1970s at LaSalle, had enough time on the job to have retired rather than being let go.

Tom Grippa, a La Salle teacher whose position is being eliminated after this school year, said he has no idea why Luebbe was dismissed.

"This has really been a hush-hush thing, and we (teachers) have a lot of questions," Grippa said.

WCPO will update this story as information becomes available.