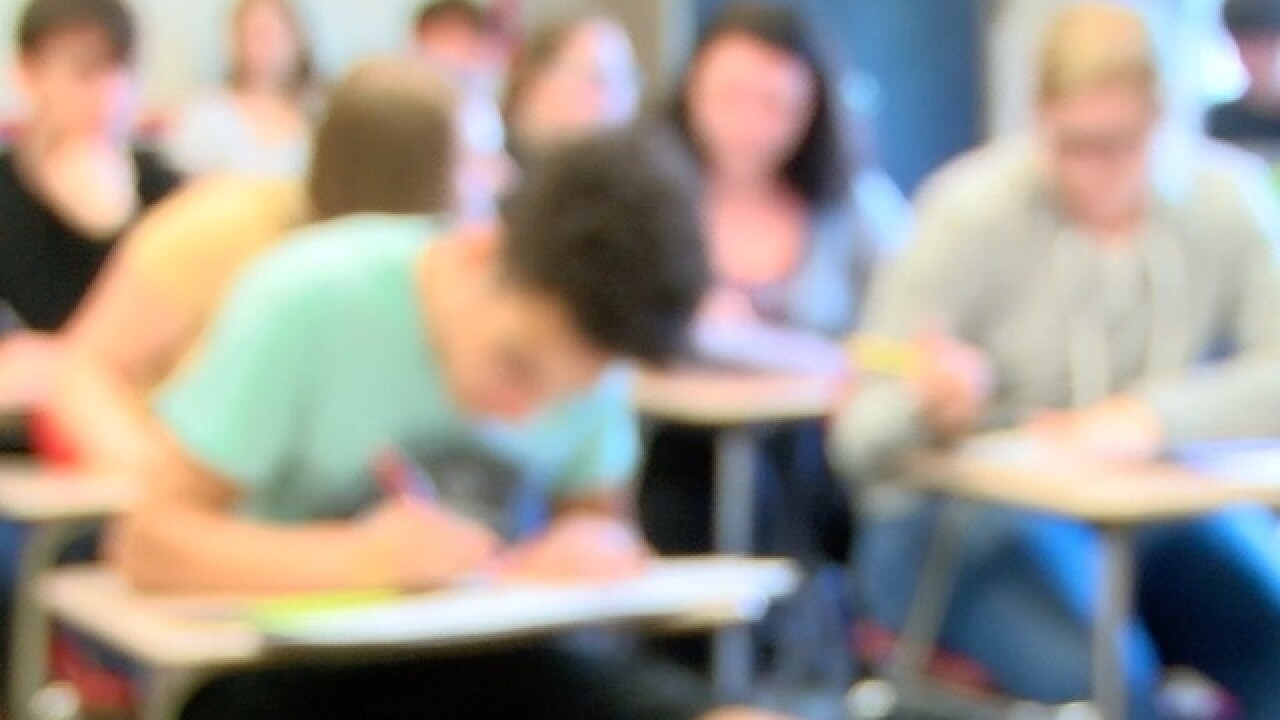 Copyright 2018 Scripps Media, Inc. All rights reserved. This material may not be published, broadcast, rewritten, or redistributed.
T.J. Parker | WCPO
<p>Students in a classroom</p>

LUDLOW, Ky. -- Laura Dorger knows not all parents warn their children about drugs.

She has three kids of her own, all in the Ludlow Independent School District.

That's why she was glad to hear the district is starting a Drug-Free Club. Students who sign up voluntary program will take a drug test to start their membership. Then, they agree to take period drug tests throughout the year.

If there's a positive drug test, the results go to the student's parents, not the school, and they'll get multiple resources to help their child make better decisions.

Every child knows at least one person whose life has been affected by drug use, said Kristen Goodpastor. She's taught for 10 years.

"Sometimes they don't realize that this that isn't the path they have to take, so being able to encourage them to look other ways is really good," Goodpastor said.

Dayton Independent Schools and Boone County Schools already have the program, which is part of a partnership with the Drug Free Clubs of America.

Ludlow school administrators are hoping 50 percent of students join the club. There's a $67 membership fee. The district is working on discounts with local businesses as an incentive, and is looking for donors to help with the program's costs.

Superintendent Mike Borchers points to research showing the longer a child remains drug-free while they're young, the more likely they are to remain drug-free as an adult.

"(The club) gives them another out beyond just saying, 'I can't do this because I don't want to let my parents down' or 'I don't want to do this,'" he said.

Travis Caudill, Ludlow High School's principal, has spent 20 years as an educator. He's seen that kids are exposed to all kinds of bad influences, and that they're pressured to take part.

The Drug-Free Club, he said, is another way for Ludlow schools to support their students.

"Our kids know that we care very much -- not just about what goes on inside our school building with them, but what's going on for them outside the school building and in their personal lives," Caudill said.

Dorger's daughter will go to high school in the fall.

She believes the program will help her child's classmates stay "drug-free as they grow older" and "steer them away from peer pressures that they could often get approached with in schools."

"I think it would be good for the school to offer it, in case some parents don't offer talking to their kids about drugs and give them the knowledge about drugs," she said.