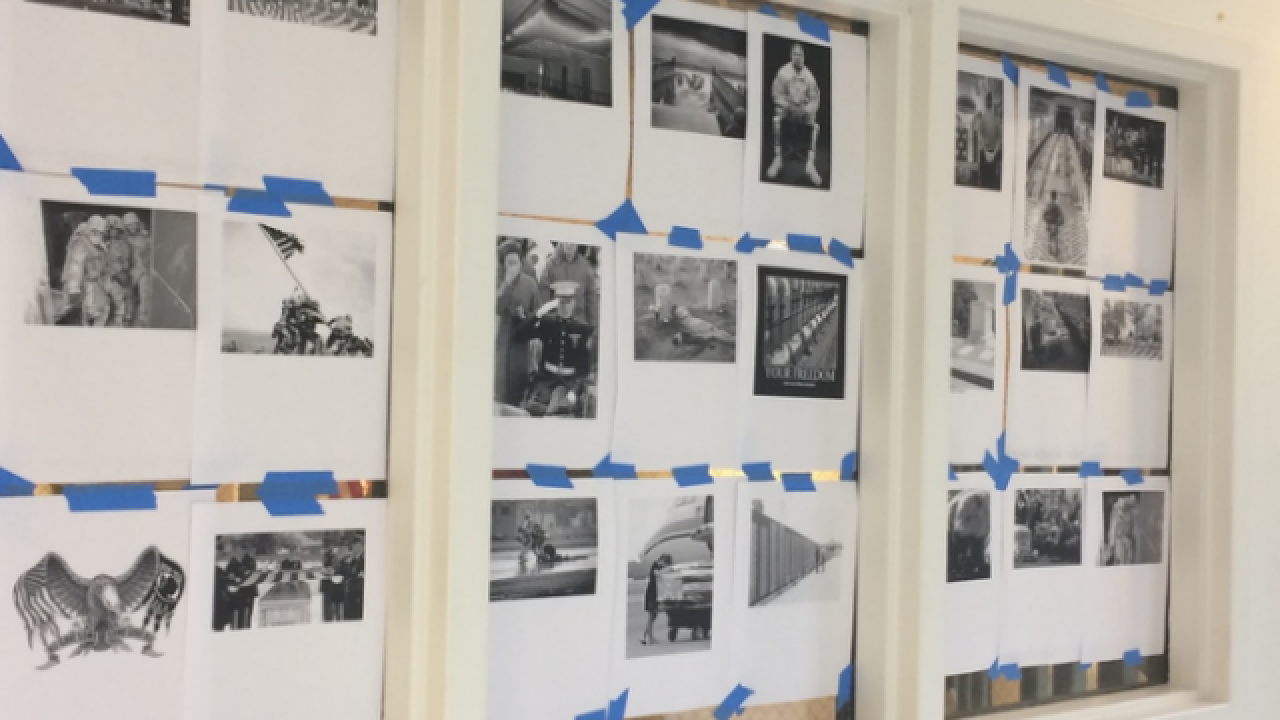 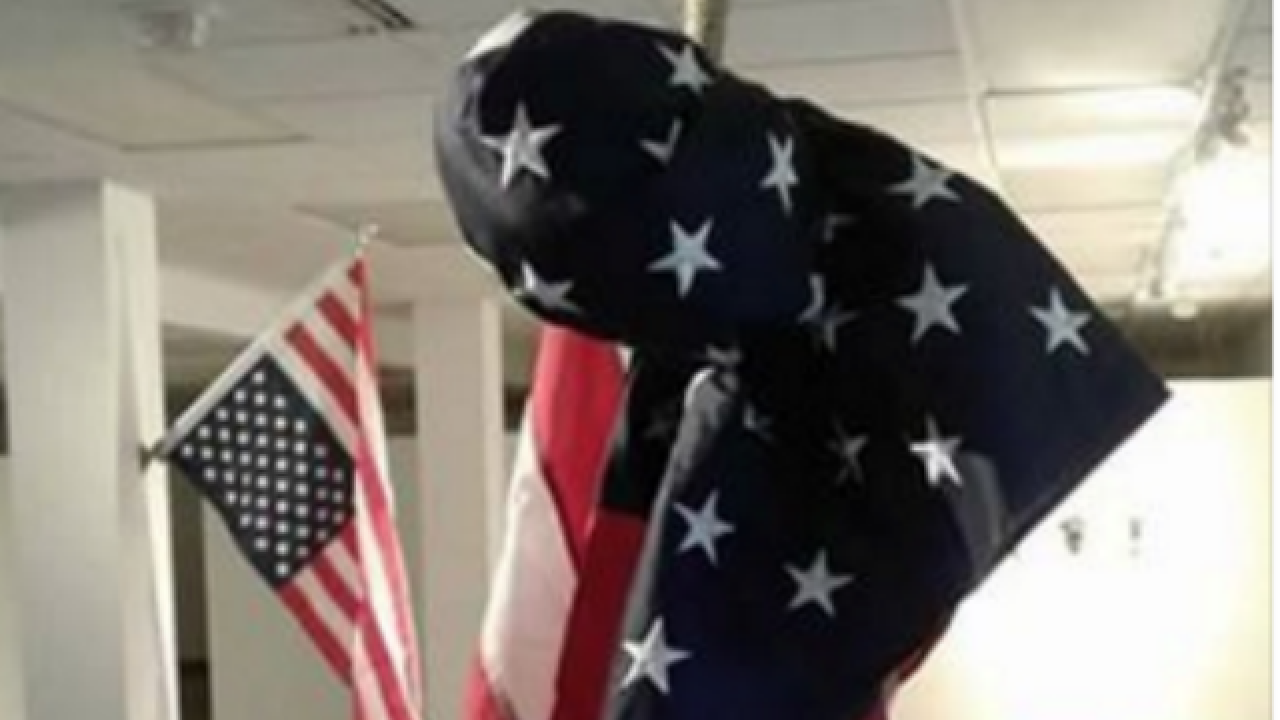 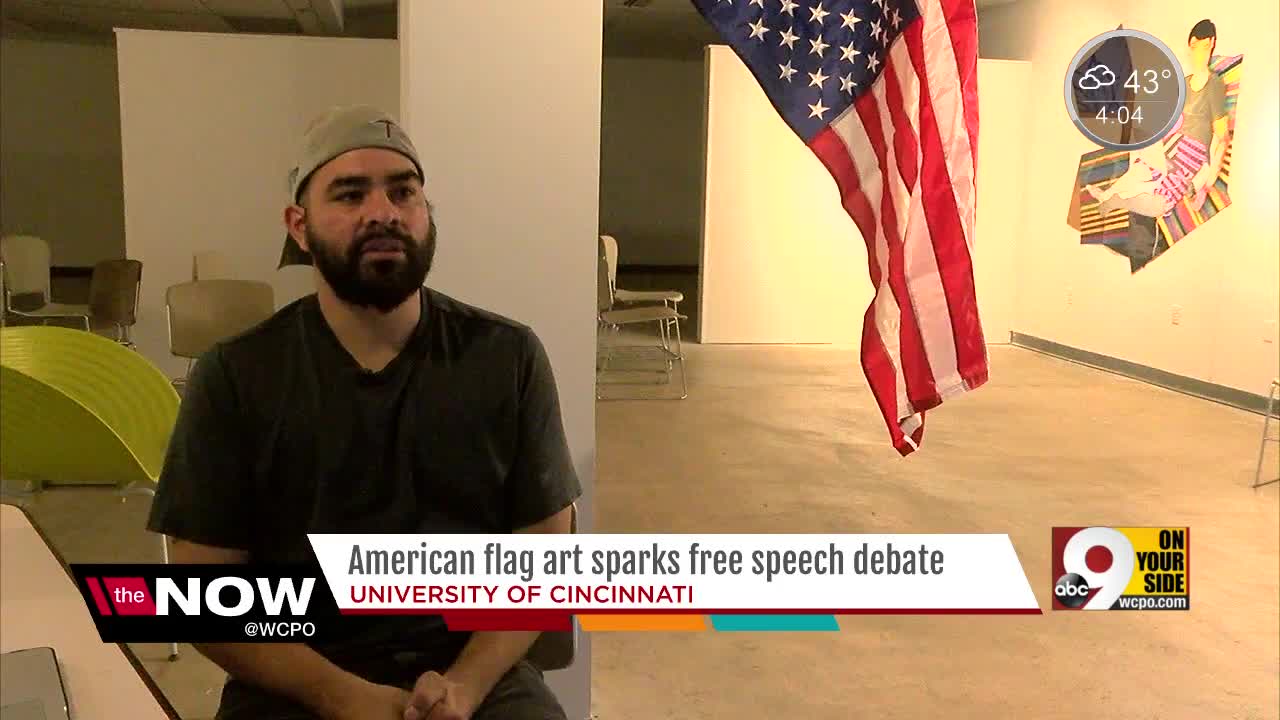 CINCINNATI - Freedom of expression is up for debate at the University of Cincinnati thanks to one student artist's depiction of the American flag.

"It's not like an attack on anyone in particular," says the artist, Harry Sanchez, Jr., a fine arts graduate student.

Sanchez said he created the display in response to the recent presidential election.

"Our country is in distress. People have issues with each other. You can see the polarity with people so one side or the other," Sanchez said.

Sanchez' display include one American flag upside down another hanging by a noose.

He said he had no idea his art would inspire so much support from some and outrage from others.

"A lot of art no one cares about, but you make one that really touches and then everyone goes crazy," Sanchez said.

He's already witnessed a social media firestorm with people expressing their opinions on his use of freedom of expression.

"People who have my back …"

Another UC student, Thomas Mooney, an Army veteran, posted photos around the display to honor the flag as he sees it.

"It represents the sacrifice that so many people died for that freedom," Mooney said.

Mooney's photos show military men and woman and their sacrifice.

"I want to be very adamant that I do support the freedom of speech and everyone is entitled to exercise that right," Mooney said. "I just wanted to remind the person who did this what that flag means to certain people too."

At  a public university like UC, faculty and staff say this type of conversation is encouraged.

"This kind of freedom of speech to express their views, to stir a debate, is what we require of our students to really effectively critique their work," said Joe Girandola, Director of Graduate Art Studies.

A university spokesperson issued this statement:

"The display is part of an art class project by students, and it is designed to stimulate conversation about First Amendment freedoms. The University of Cincinnati is a public institution and members of the public as well as members of the campus community may express their views, so long as they remain within university policy and state law. As a  public institution, we maintain a public trust to protect the First Amendment.  This is especially true when that protection results in disagreement or controversy due to debate around ideas and images that may be complex or divisive. Discussion, debate and exchange of ideas are appropriate on college campuses and provide the opportunity for people to consider thinking and thoughts that may not reconcile with their own."