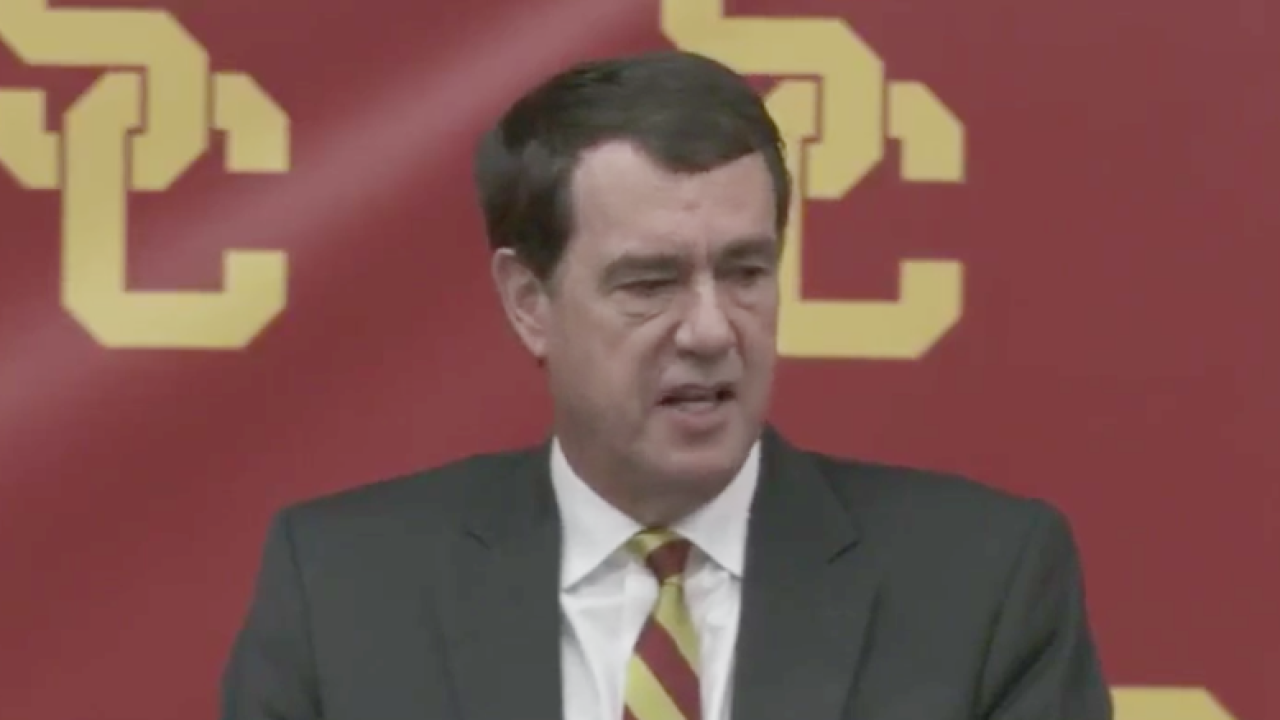 USC
Former UC Athletic Director Mike Bohn speaks at a news conference at the University of Southern California after taking the AD job there. 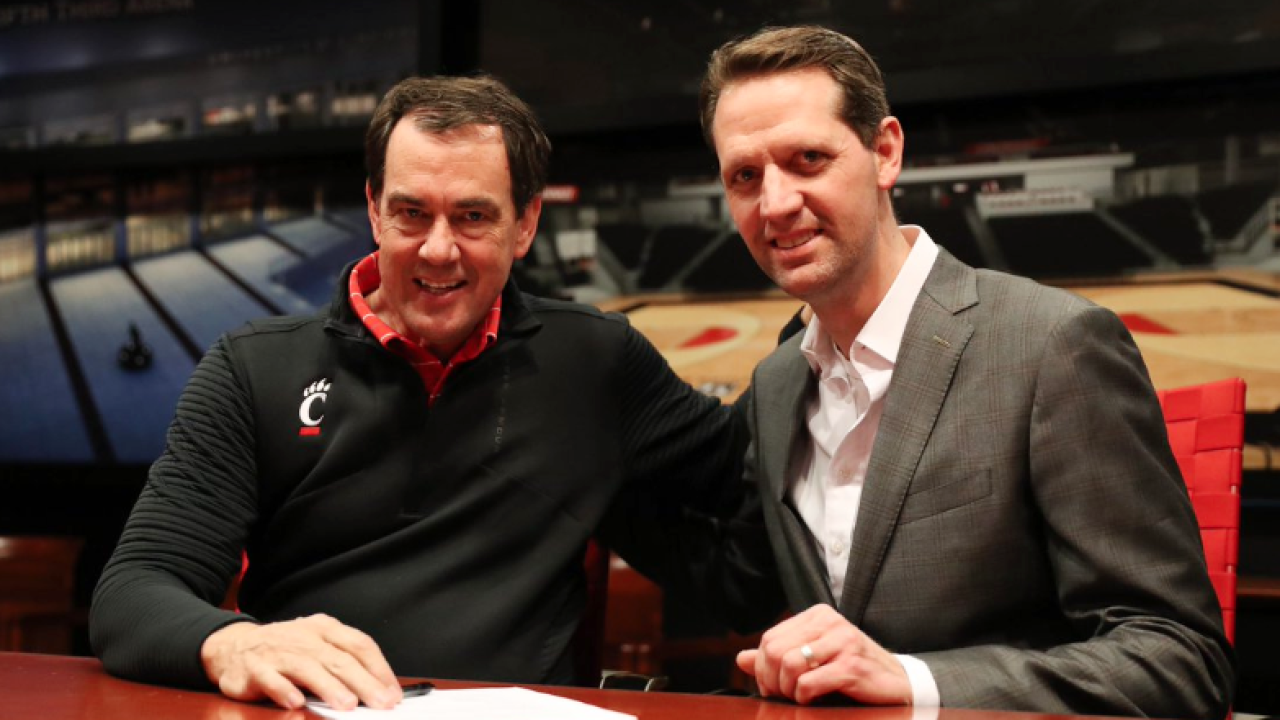 CINCINNATI — If Urban Meyer is Southern Cal's No. 1 choice to become the next football coach, it stands to reason UC's Luke Fickell could be No. 2, now that former UC Athletic Director Mike Bohn is the new man in charge there.

Speculation is increasing that USC will pull a Brink's truck up to Meyer's door and try to coax the former Ohio State coach out of retirement. Sports Illustrated predicted as much this week.

If Meyer demurs, Bohn could turn to Fickell, one of the brightest young coaching stars in college football, who's sure to get a big offer from at least one FBS school after this season.

Bohn, who brought Fickell to UC from Ohio State three years ago, was introduced as USC's ninth athletic director Thursday in Los Angeles. UC announced that Executive VP Ryan Hays will serve as acting AD during a national search for Bohn's successor.

At USC's news conference, Bohn thanked UC President Neville G. Pinto by name along with UC coaches and student-athletes. "We did some special things there," Bohn said.

Bohn, 58, called USC the "preeminent athletic program in the country" and said "our goal is to win at everything we do."

Bohn sidestepped questions about the suffering football program, preferring to talk about the teamwork it will take to make his tenure at USC successful.

Bohn doesn't have any ties to USC, and it was clear from his news conference that some people there are questioning why USC hired an outsider to fill a position traditionally held by a former Trojan athlete or coach.

Bohn called it "an advantage" to have a "fresh perspective," and new USC President Carol Folt, also an outsider, agreed when asked why she picked Bohn.

Folt called Bohn, a career administrator who has served as AD at four universities, a "lifelong learner."

"I was looking for the best person for the job," said Folt, who's in her fourth month at USC after six years as chancellor at the University of North Carolina.

Both Bohn and Folt have their work cut out for them. USC needs an athletic boost amid a 5-4 football season in the wake of former Athletic Director Lynn Swann’s September resignation, not to mention the scandal around athletic officials taking bribes from wealthy parents to get their kids enrolled.

“Bohn will be charged with the daunting task of restoring luster to a high-profile department scarred by scandal — and still dealing with questions of its own culpability,” LA Times reporter Ryan Kartje wrote in anticipation of Bohn's hiring.

But the glory days seem long ago. The Trojans are 10-11 over the last two seasons under head coach Clay Helton. They have never reached the College Football Playoff, and their last consensus national title was 15 years ago.

Obviously, Fickell wouldn't be the headline-making hire that Meyer would be, but Fickell might be a better choice in the long run. In his third season, Fickell has UC ranked in the top 25 again and headed for its second straight bowl game.

As for Bohn, he leaves UC a much better place than when he came five years ago, though Mick Cronin fans might argue that point. Bohn's refusal to sweeten Cronin's last contract led the basketball coach to leave UC last spring. Now, with Cronin at UCLA and Bohn at USC, you have to wonder if Los Angeles is big enough for both of them.

Bohn has a long list of accomplishments in his five years at UC besides hiring Fickell.

Most importantly, Bohn helped UC raise both its football stadium and basketball arena to the big time, overseeing the opening of the $86 million Nippert Stadium renovation and expansion and leading an $87 million fundraising campaign to renovate Fifth Third Arena.

UC had hoped those improvements would help it win acceptance into the Big 12 or ACC, and though it didn't happen, UC is definitely better positioned for the next conference expansion.

Bohn also made other good coaching hires with Michelle Clark-Heard, who took the women's basketball team to the WNIT in her first season, and Scott Googins, who took the baseball team to the NCAA tournament in his second year. And Bohn's hiring of John Brannen to replace Cronin was widely acclaimed.

Academically, UC student-athletes steadily raised their GPA under Bohn, according to UC.

Bohn is familiar with the Pac-12 Conference. He served 12 years as AD at the University of Colorado from 2005 to 2013 and led the school's transition from the Big 12 in 2011. He previously was AD at San Diego State and Boise State.