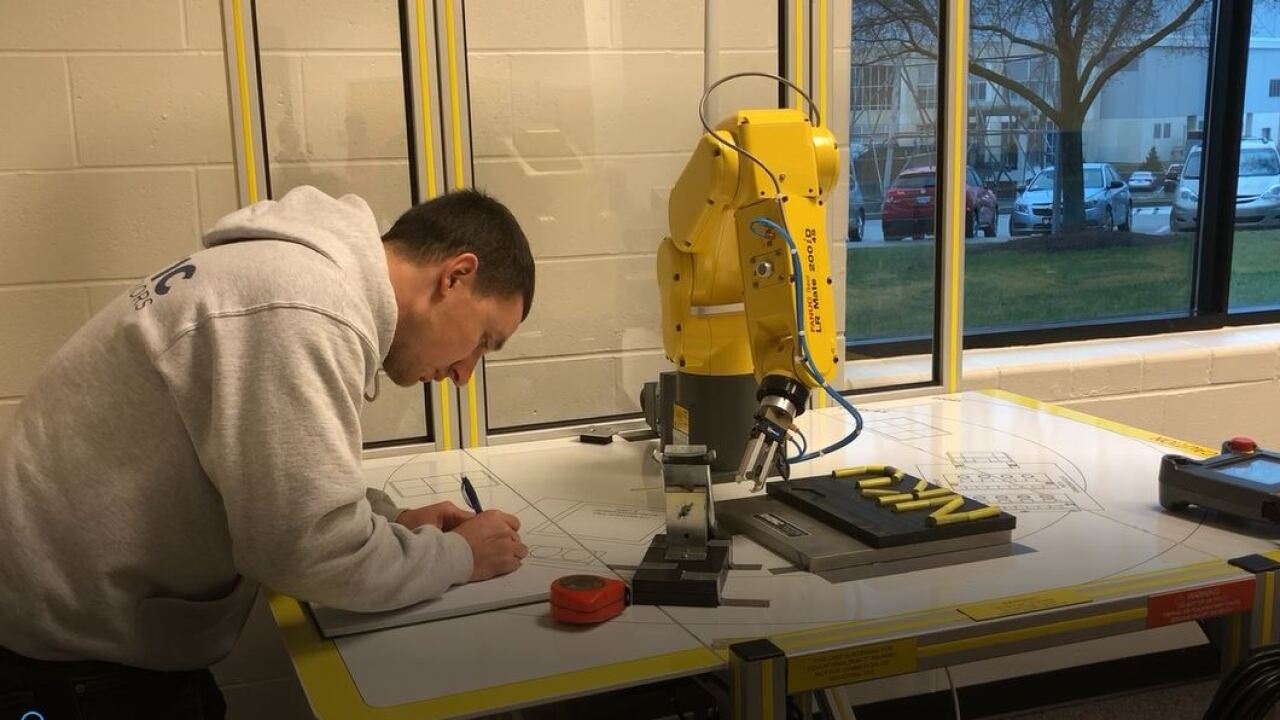 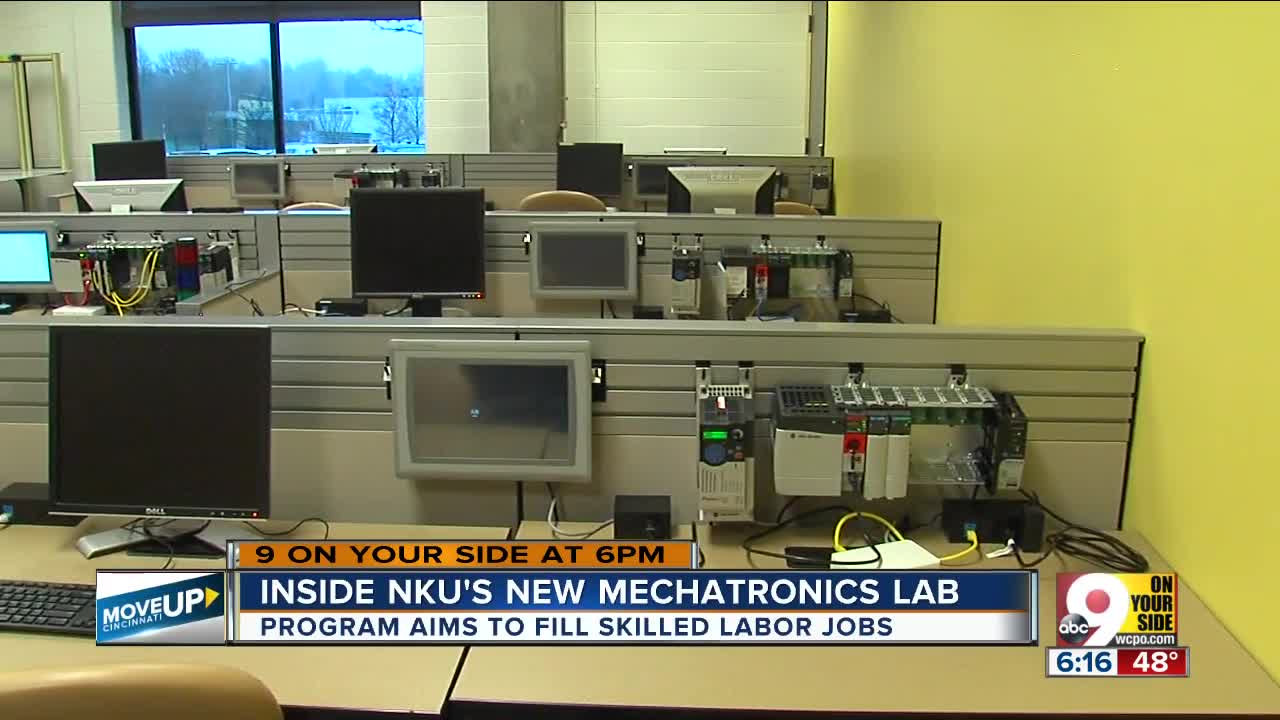 HIGHLAND HEIGHTS, Ky. — It is a problem that many manufacturing companies have been noticing for years: a growing gap between skilled workers and available jobs.

"I hear it from our alumni who own businesses who struggle to find the technical skills," said Diana McGill, dean of the College of Arts and Sciences at Northern Kentucky University. About three years ago, NKU began talking with high-tech companies like Rockwell Automation and CBT Company about how to fill the gap in the region.

"When I visited with Rockwell the first time, I'm thinking, 'This is what our students need to know,'" McGill said. "'Do we have this?'"

The answer was no, they did not have the instruction and hands-on equipment students would need to be ready for the changing employment landscape. Today, they say they are ready with the opening of NKU's brand new Mechatronics Laboratory as part of the university's new four-year mechatronics degree.

"It would have never happened without them (Rockwell Automation and CBT)," McGill said. "So now our students can come in and get training on the very things that they'll step out immediately after graduation and work on."

The two companies helped NKU get the software, computers and other equipment needed for the lab.

"This is a programmable logic controller called a PLC out in the industry," demonstrated Mike Schutte, an account manager with Rockwell Automation. He said the device is commonly used in manufacturing.

"It's an industrial computer that runs on a manufacturing line and allows technicians to write code and write programs that will ultimately control the line," said Schutte, who has an engineering background.

The device is used to program everything from mechanical drive systems to sorters to robots. Now, they have several to practice with in NKU's mechatronics lab. The university has a robotic lab as well.

"The mechatronics degree just started last year," McGill said. So, this semester this lab is just now being finished."

Mechatronics is a branch of engineering that is emerging in the manufacturing process. It merges automation, mechanics, computers and more.

"Whether you're talking about a company as large as a Procter & Gamble or as small as a one plant system, they're all going to have this kind of technology now," Schutte said.

"We can bring various different types of equipment in that can connect to the PLCs and so it's not only useful for mechatronic majors, but it can also be useful for electrical engineering majors or mechanical manufacturing," McGill said.

"We're working to get them a little more familiar with the Rockwell software, how they're going to be programming to teach the students and offer them different ideas on what they can try and teach," Cooper said.

According to a study released last year, it's estimated that 2.4 million skilled jobs could go unfilled by 2028.

"It actually impacts the whole region and it's really something that NKU focuses on," said McGill. "We see our role in focusing on the region."

There aren't many colleges that offer a four year degree in mechatronics. NKU is the only one in the region to offer the bachelor's degree.

"We'll have students that are able to go through the university, get a four year degree and immediately be placed into a field that's in high demand," Cooper said.