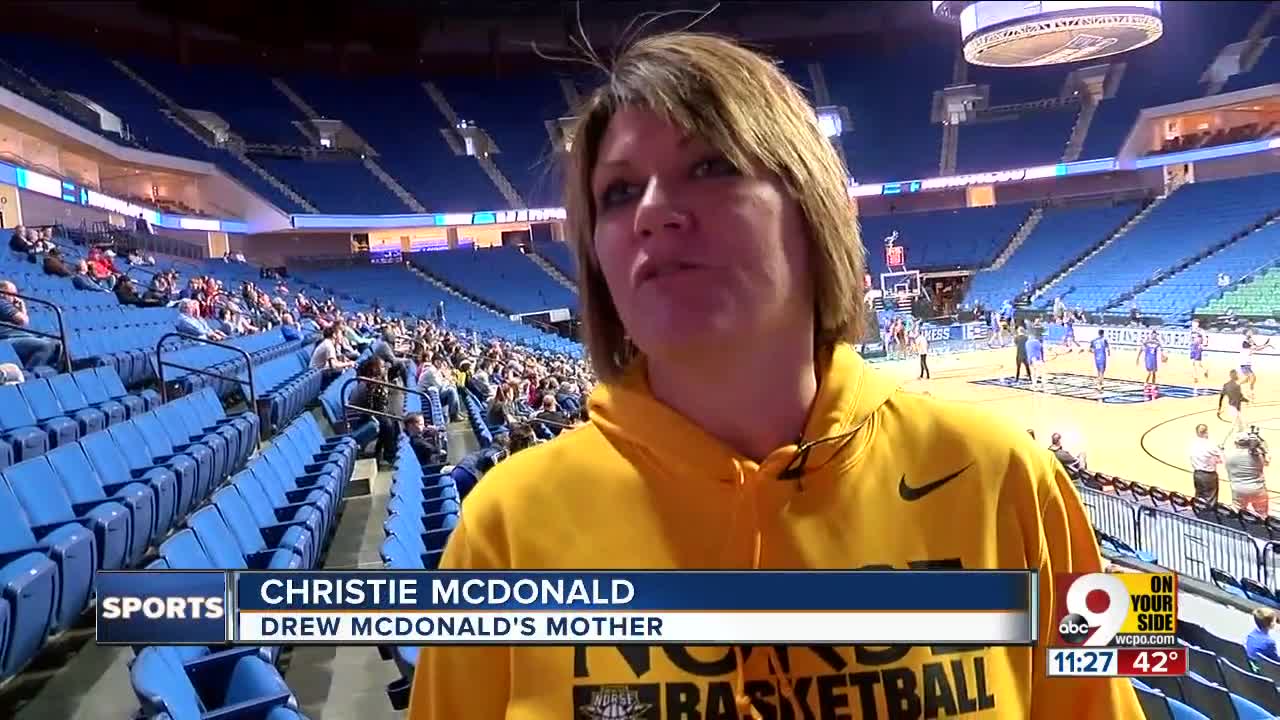 Senior Drew McDonald knows this will be his last go-around. His family made the 11-hour drive to watch him play. 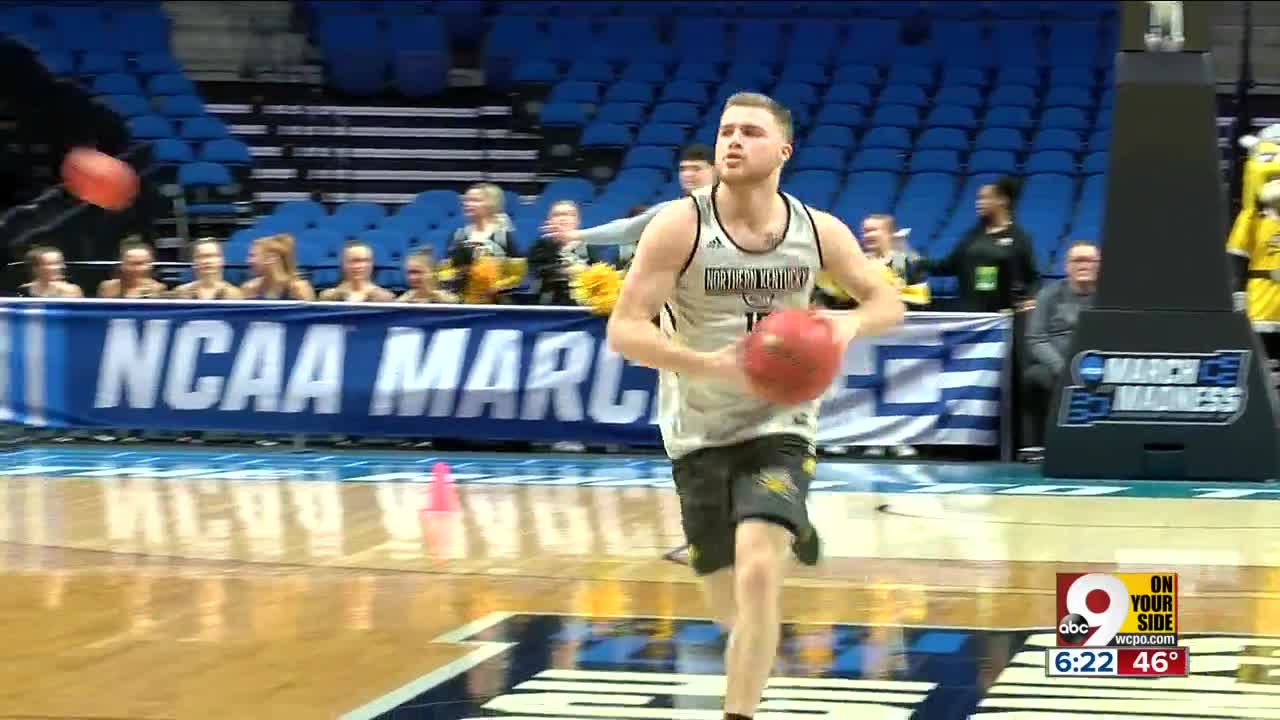 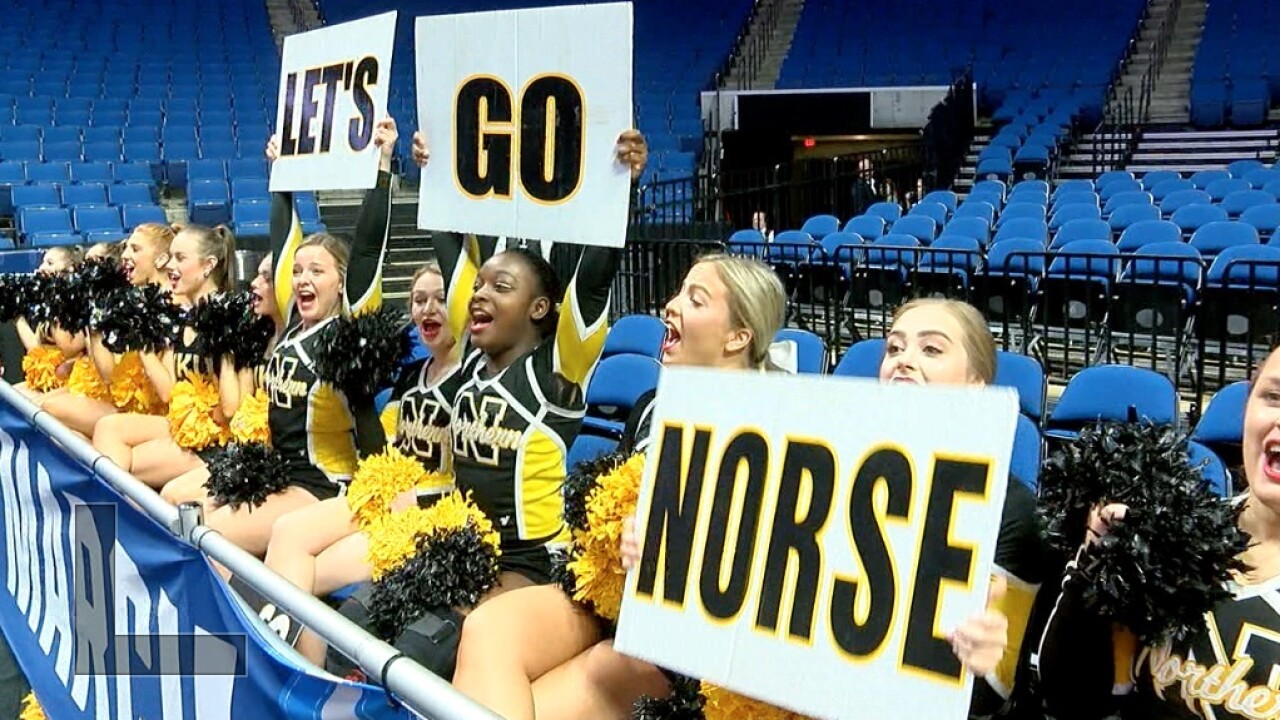 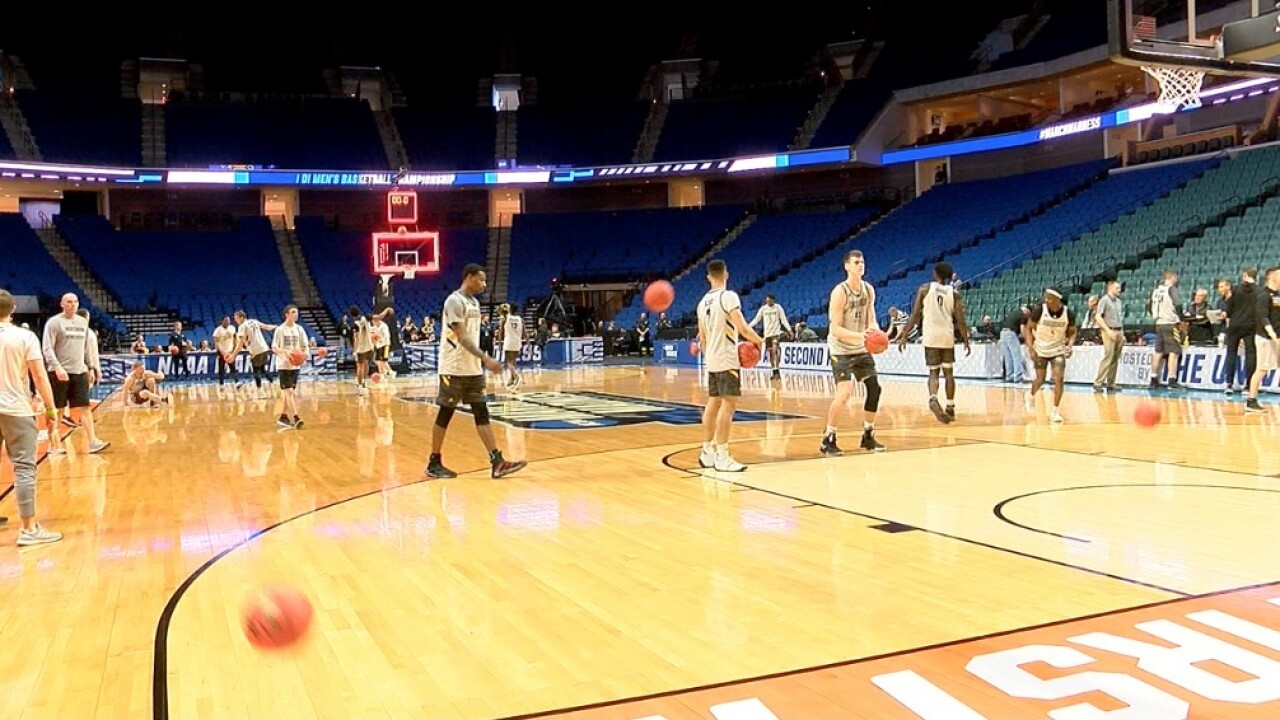 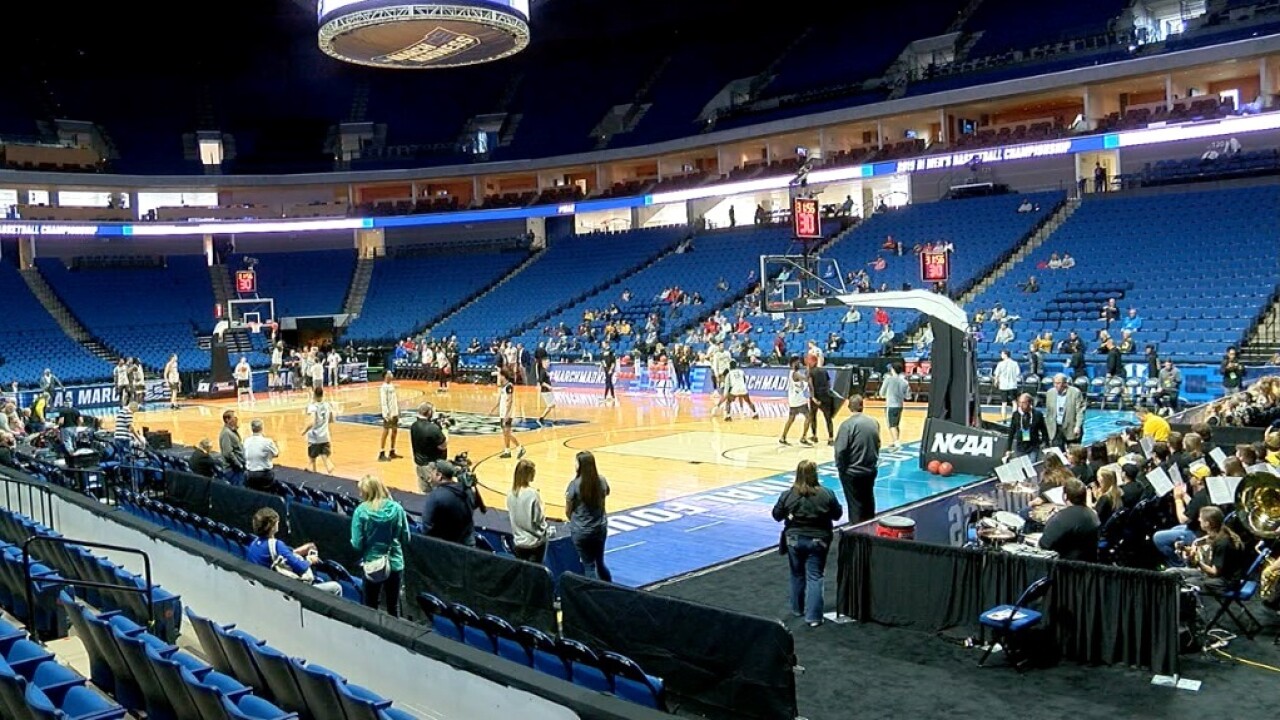 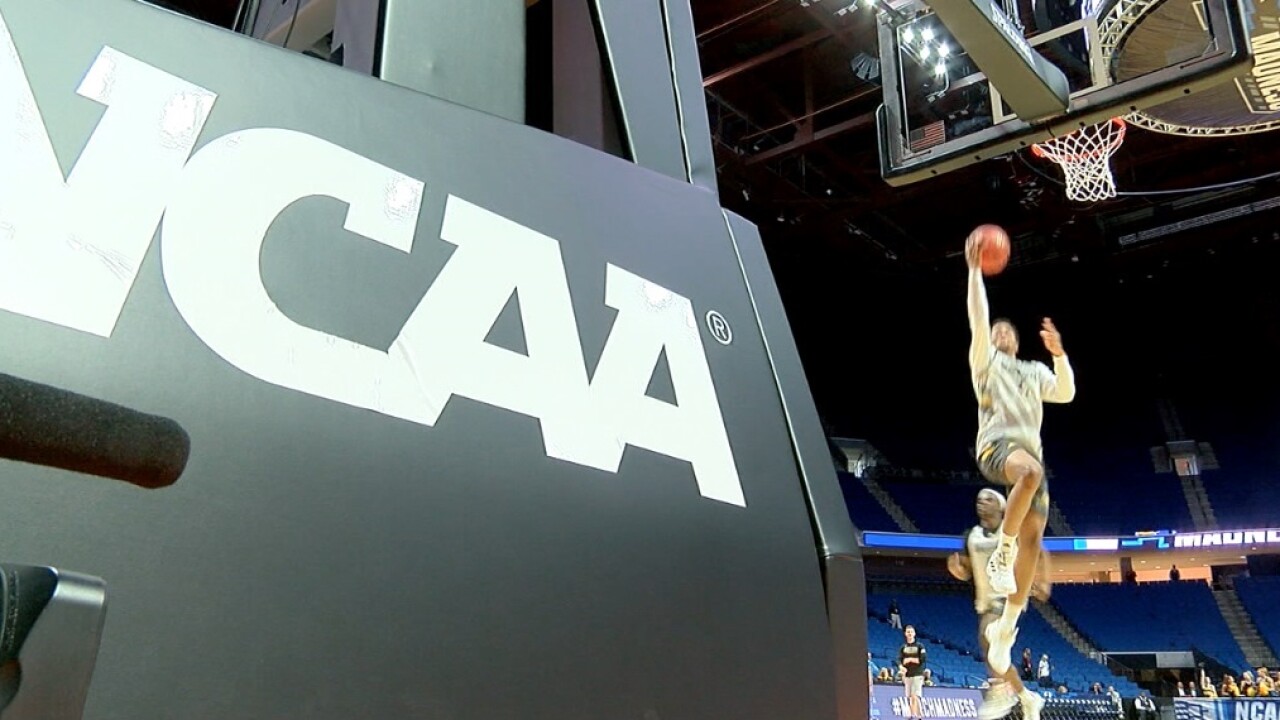 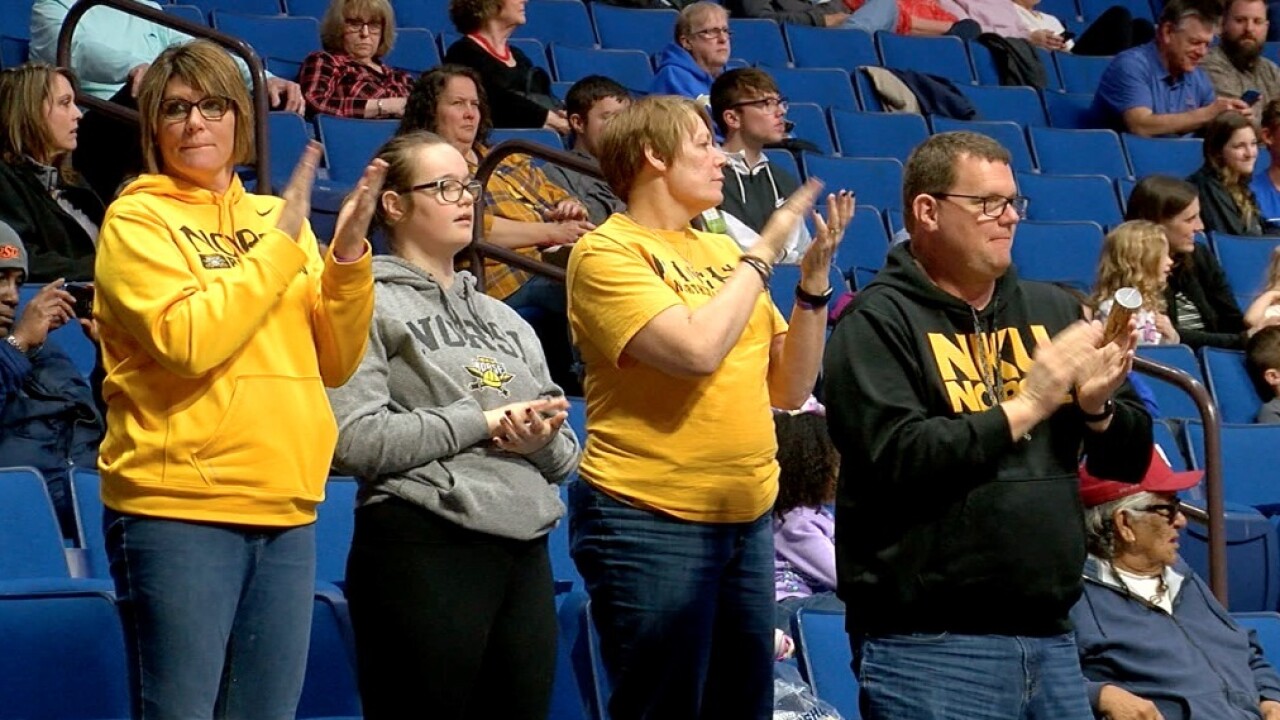 TULSA, Okla. — The Northern Kentucky Norse held their lone practice on the court at the BOK Center today before Friday's first-round match-up with Texas Tech.

A number of fans made their way to Oklahoma to watch the team play, but NKU alum John Benzinger has called Tulsa home for 28 years and said he was excited to see how close the team would be.

"I was looking at the bracket," Benzinger said. "At the wrong side of the bracket. I started getting texts from my friends. They said, 'Hey are you going to the game?' I looked at the other side of the bracket and saw they were in Tulsa. I was pretty pumped!"

NKU first made the field of 64 two years ago, but players say the feeling this year is different.

"(We were) like, happy it was our first time going to the NCAA tournament," said sophomore Christ Vogt. "This time we're taking a different approach. We've been here before. We know what to do. We're ready to play."

Senior Drew McDonald knows this will be his last go-around. His family made the 11-hour drive to watch him play.

"Two years ago we were happy to be here," McDonald said. "That was our season goal. Check the box. That was a celebration. This year, we’ve had this be our goal the entire year. We have the Sweet 16 as our goal as well. We’re here to win the game. We’re here to compete. Play against Texas Tech.”

Standing in NKU's way is Texas Tech's Jarrett Culver, the Big 12 player of the year. Culver converts on just under 50 percent of his shots and leads the team with 18.5 points per game.

"They'll be a tough team," McDonald said. "They play hard. They have an identity. They have players who know their roles. We'll have to go out there and play hard. Stick to our game plan and execution."

McDonald said the NKU coaching staff has prepared them for tomorrow's game against Texas Tech the same way it's done all season long. They treat every game as if it's a championship game.

"We're only one of 64 teams now that have a chance to win the tournament," McDonald said.

They'll need that mentality on Friday, where it's survive and advance or lose and go home.