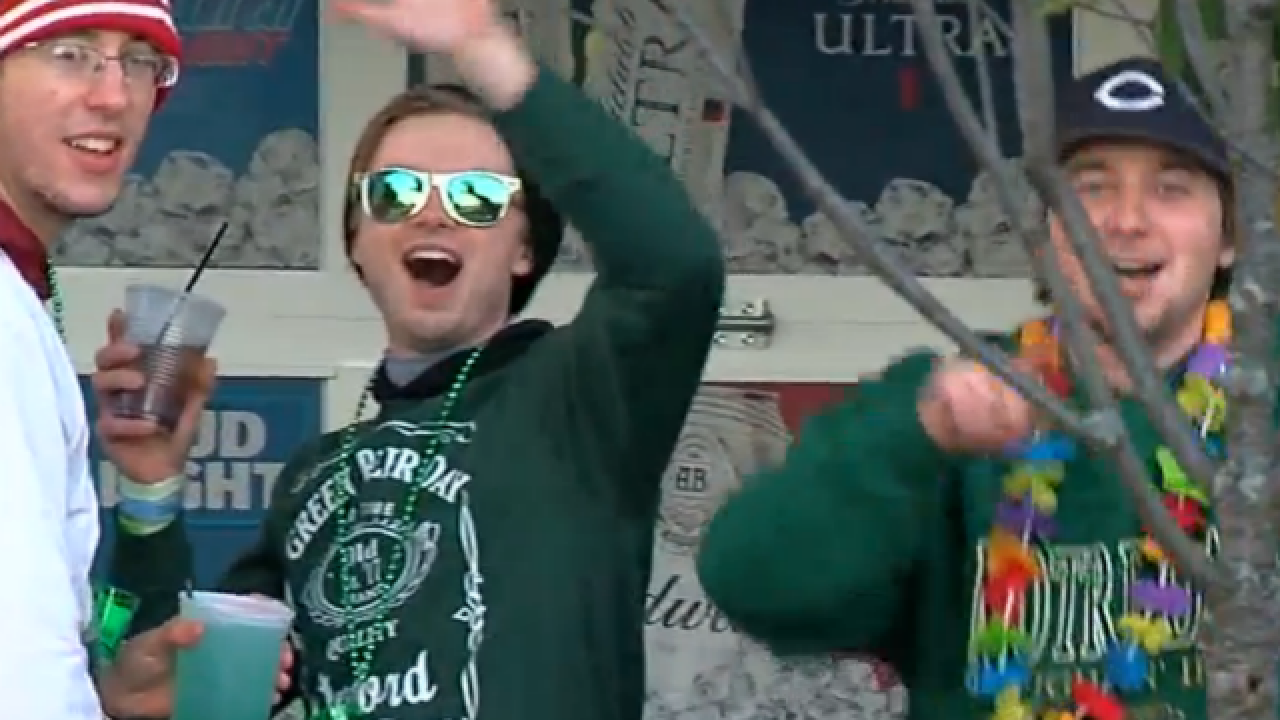 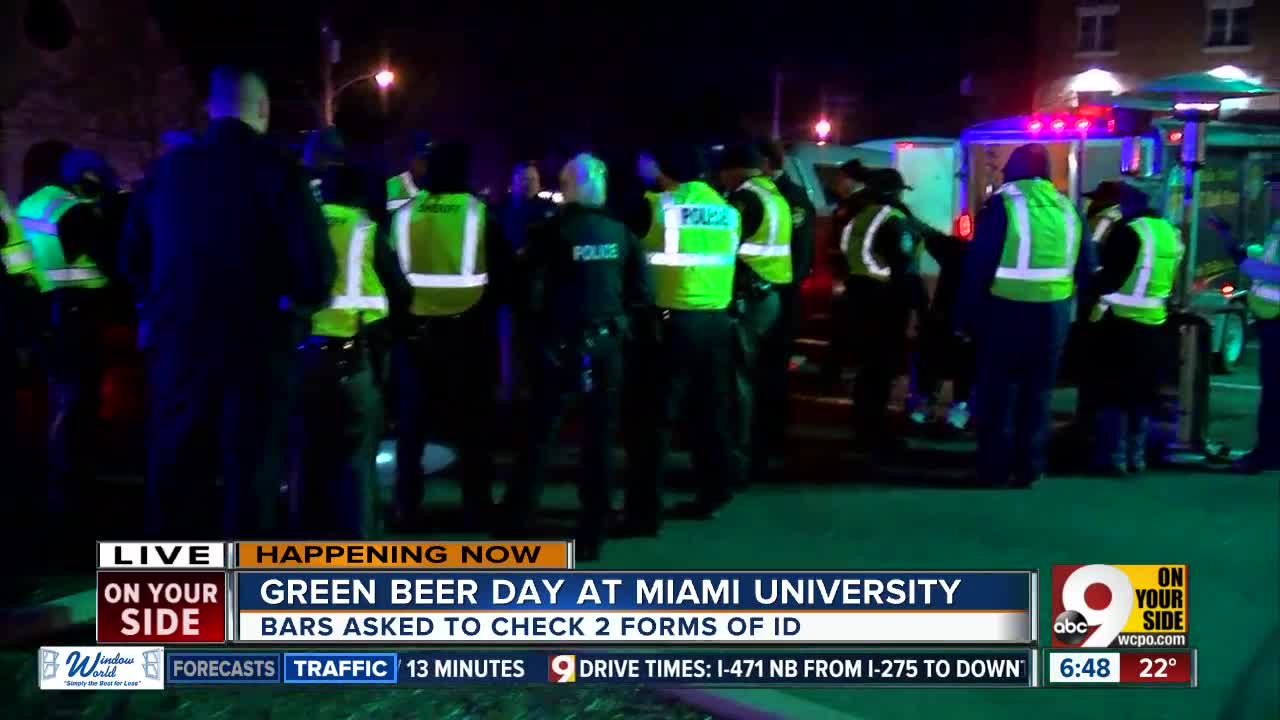 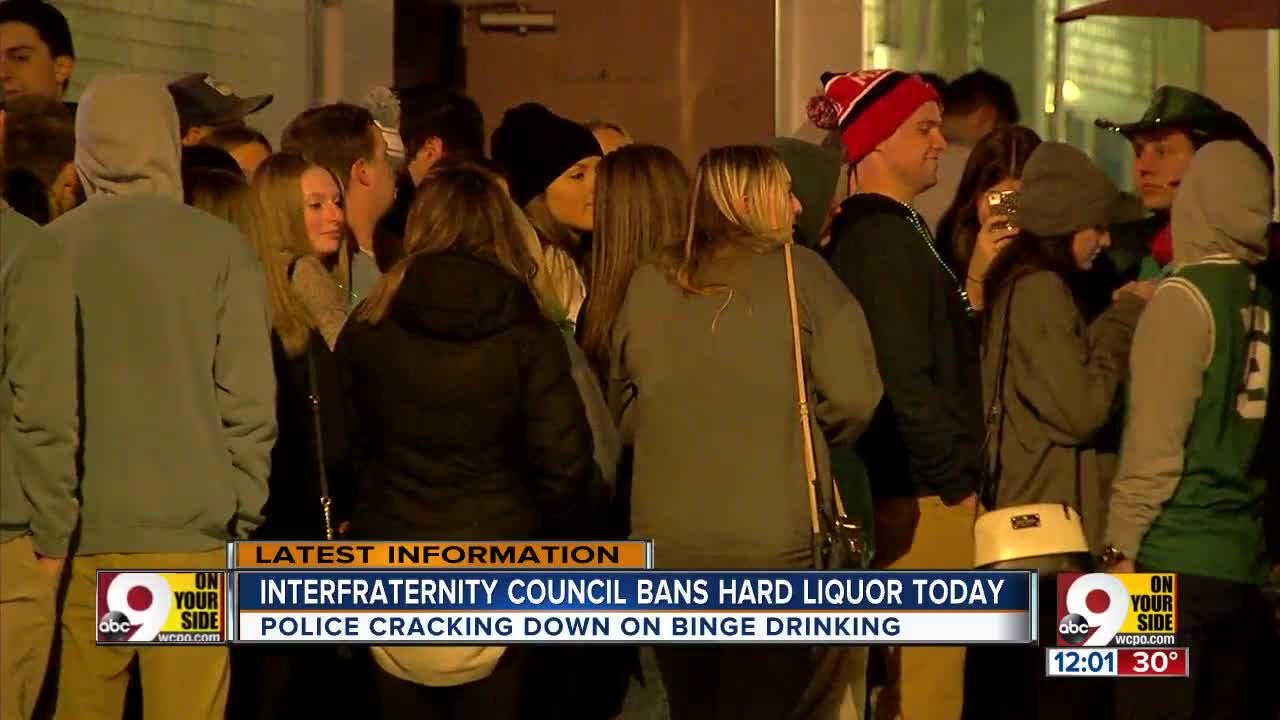 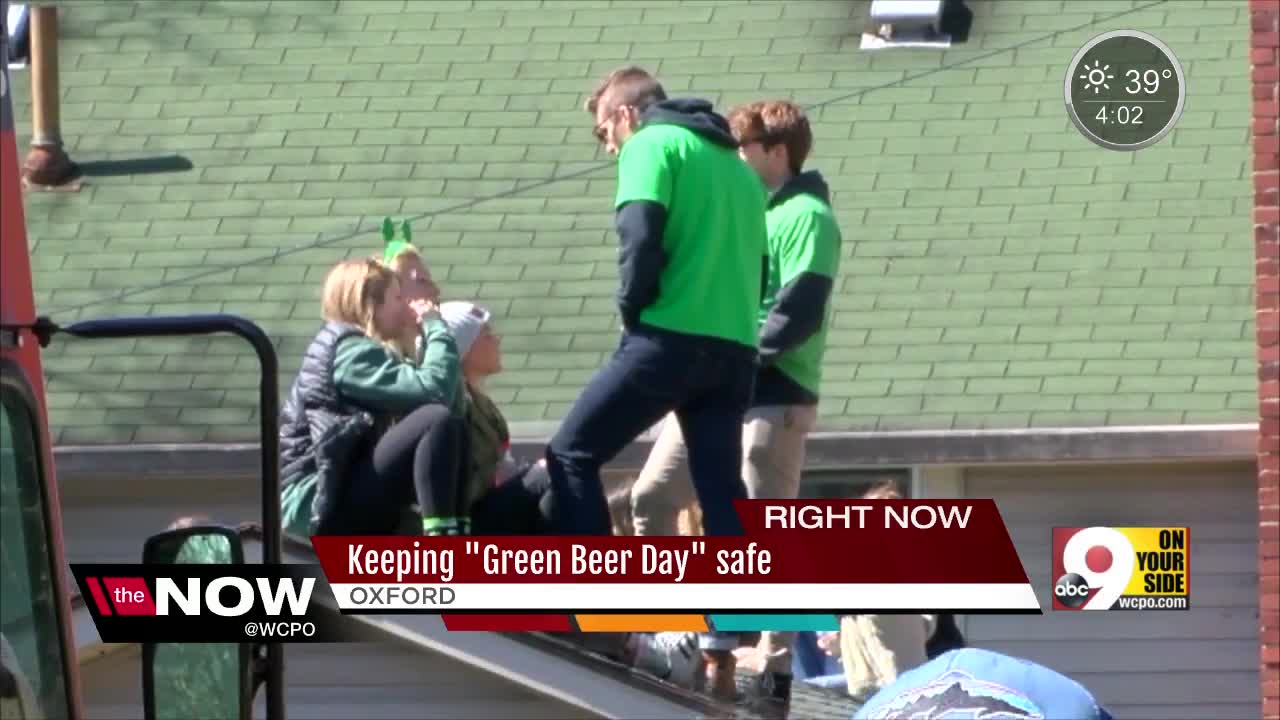 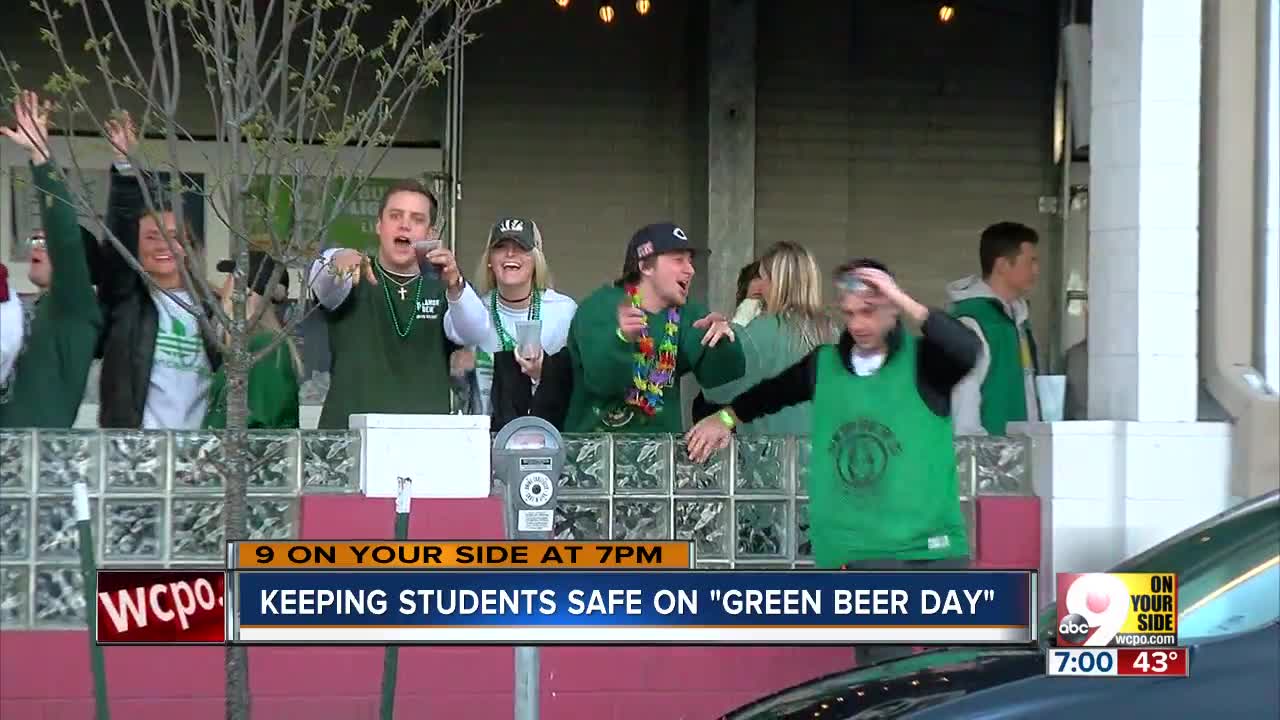 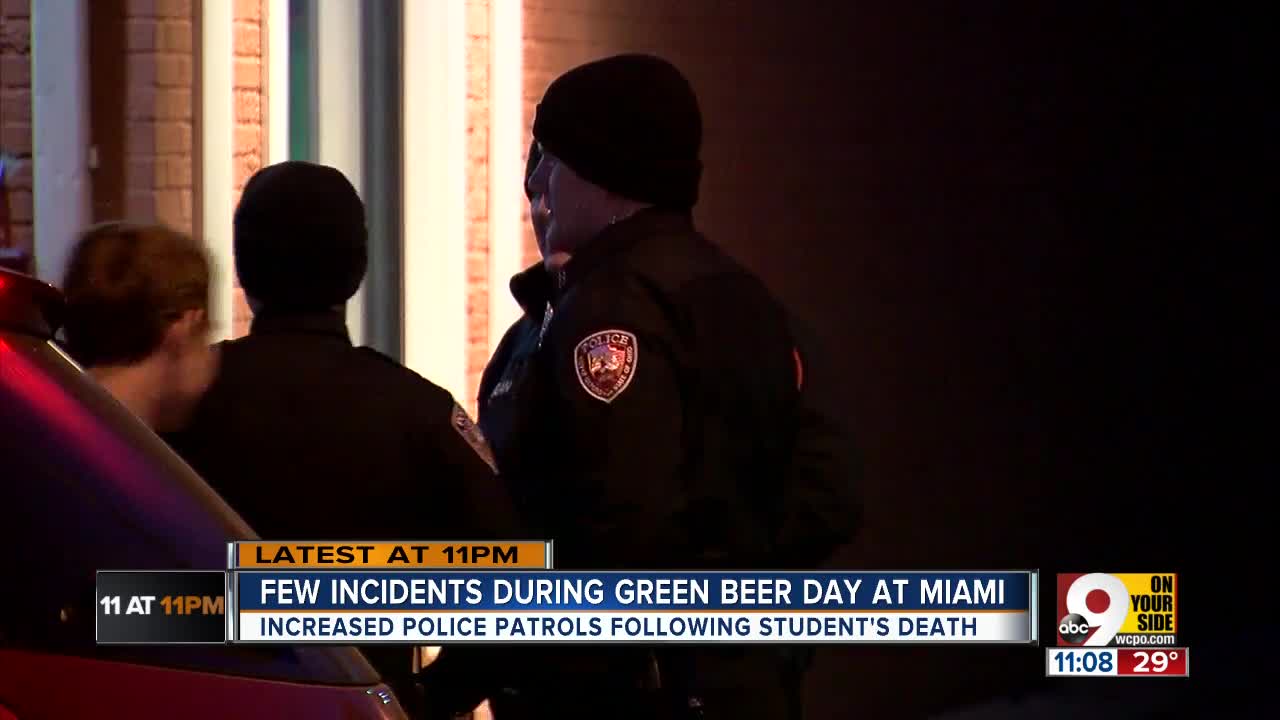 For the first time, law enforcement from the Ohio State Highway Patrol and four other agencies set up an OVI checkpoint for the annual student drinkfest.

Police said they did it because of the number of early-morning arrests they made last year.

So for three hours, five agencies teamed up to stop drivers and counsel them about overconsumption and drunk driving.

Miami University police reported just one OVI arrest - a non-student - between midnight and 12:40 p.m. Four students and one non-student were arrested for underage intoxication, MUPD said.

Oxford PD said it issued seven citations after midnight: one for open container, two for litter and four for noise. In preparation for Green Beer Day, Chief John A. Jones said plainclothes detectives ran some operations at carry-outs the previous two nights to stop underage drinking at the point of sale. They arrested seven people for making underage buys with fake IDs, Jones said.

Just before the morning check started, several officers responded to an accident on Spring Street. A driver told WCPO he hit a young woman while she was walking in the sidewalk. She is expected to be OK.

The bars were packed before sun-up, as usual.

After daylight, WCPO asked Miami student Zach Novak how long he had been drinking.

Novak shouted to a friend for confirmation and replied, "I want to say eight hours. Right? Eight hours? I've been drinking eight hours, I think."

Green Beer Day -- a tradition for many Miami students that is not sanctioned by the university -- calls for skipping classes and drinking instead on Thursday before spring break.

Miami senior Jimmy Devitt said some students “take it a little to far, I think.”

“Green Beer Day is fun. I think it's a good thing. But I also think people take it way too far and they overindulge. They drink way too much," Devitt said.

But university efforts to curb excessive drinking did stick with some students, according to Miami senior Austin Wallace. The university announced some safety modifications this week after a freshman drank herself to death  eight weeks ago and multiple student runs to the ER and dozens of arrests since then.

"Miami actually does a great job of putting out awareness. They send out emails to students saying to mix drinks with water and keep track of your alcohol limit," Wallace said.

"There was a heightened awareness this year and I think we very much appreciate that various groups and people have stepped up," said Miami spokesperson Claire Wagner.

That would include Crossroads Church, which commissioned a food truck to travel to different parties with free food to fill students' stomachs.

The university said it asked bars to not open so early and said fraternities agreed not to serve hard liquor at parties Thursday. Many bars around campus now require two forms of I.D., and senior Lauren Tesi said that may have discouraged some underage students from joining the party.

“I think people are a lot more nervous to go uptown when they’re not 21 yet because they know there will be more security, where before it was kind of like, walk in and do what you want," Tesi said.

"Let's make people aware of what they're doing but also acknowledge that it's going to happen," Tesi said, "but also partner with tradition and have a safe alternative."

Police said they didn’t have a lot of trouble in the morning. While we weren't looking, though, someone swiped WCPO's camera tripod and hid it under a truck. But someone else was looking out for us and we got it back.

Police will be back out with the students as Green Beer Day continues Thursday night.