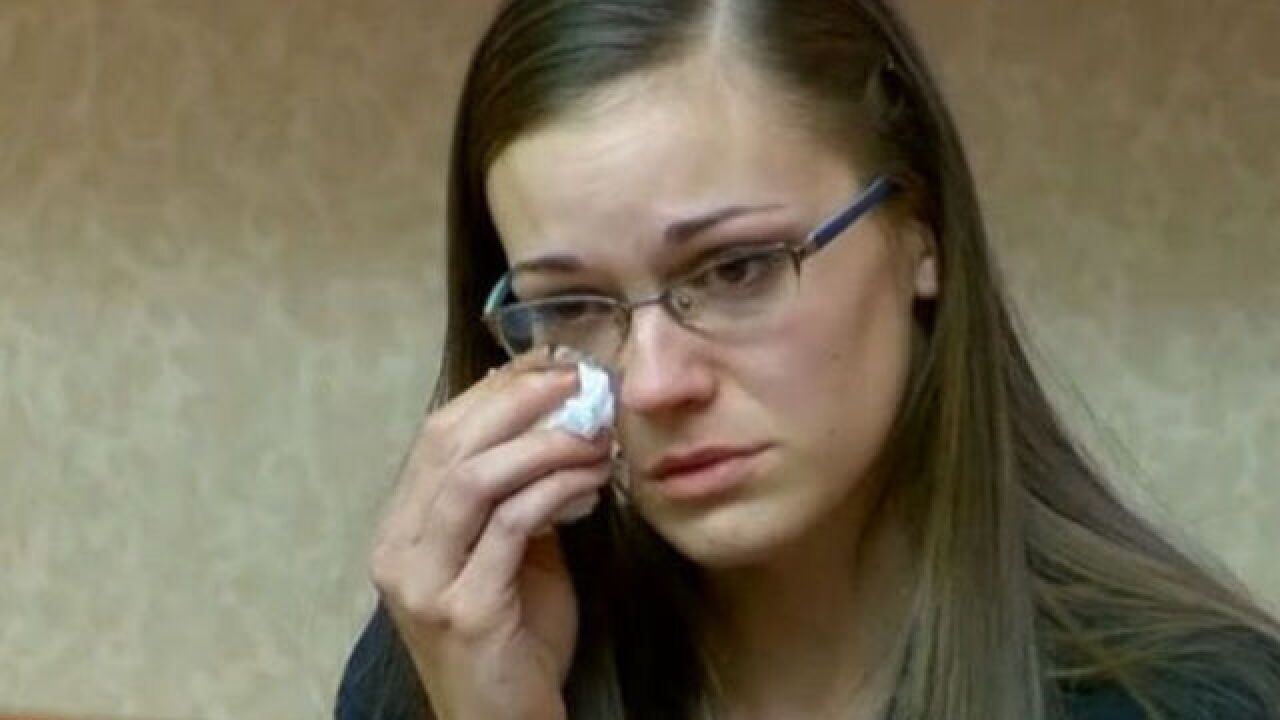 HAMILTON, Ohio -- A Kentucky man who was seriously injured in the April 2015 crash in West Chester that killed his co-worker and injured two others has filed a civil lawsuit against Michele Schuster, the woman who was behind the wheel of the car that slammed into the group construction workers.

Schuster was under the influence of Alprazolam — commonly know by the brand name Xanax — at the time of the crash.

Also named as a defendant is Kevin Bowman of Sydney, Ohio, who had a sexual relationship with Schuster, according to the lawsuit. During trial, Bowman testified he took Schuster shopping and paid her bills in exchange for sex acts.

During testimony, Bowman referred to it as a “sugar daddy” relationship.

Schuster said at trial that she met Bowman while working as a dancer at a strip club and he befriended her.

The lawsuit claims Schuster was negligent when she operated her vehicle “while impaired under the influence of marijuana, marijuana metabolite and Alprazolam, striking and injuring … Joseph Oliphant.”

Anita Oliphant has lost companionship with her husband permanently as a result of Schuster’s and Bowman’s negligence, according to the lawsuit.

At trial, both Schuster and Bowman said they met the day of the crash at a West Chester Twp. park. They smoked marijuana and ate fast food.

After leaving Bowman, Schuster crashed into the workers.
The lawsuit claims Bowman should have known Schuster posed a risk to others.

“Defendant Bowman was negligent, careless and acted without due regard for the safety of others, including Joseph Oliphant, by failing to properly secure his Alprazolam pills and by failing to notify authorities that defendant Schuster had illegally secured controlled substances that had been in his possession,” the lawsuit states.

Attorney John McLaughlin, who represents the Oliphants, has requested a jury trial. They are asking for punitive damages as determined by a jury but not in excess of $25,000 from both Schuster and Bowman.

The Ohio Department of Workers Compensation is also a part of the civil action lawsuit because it can recover lost wages and medical expenses paid to Oliphant from money awarded to him if he wins the lawsuit.

This report was originally published by WCPO media partner, the Journal-News.