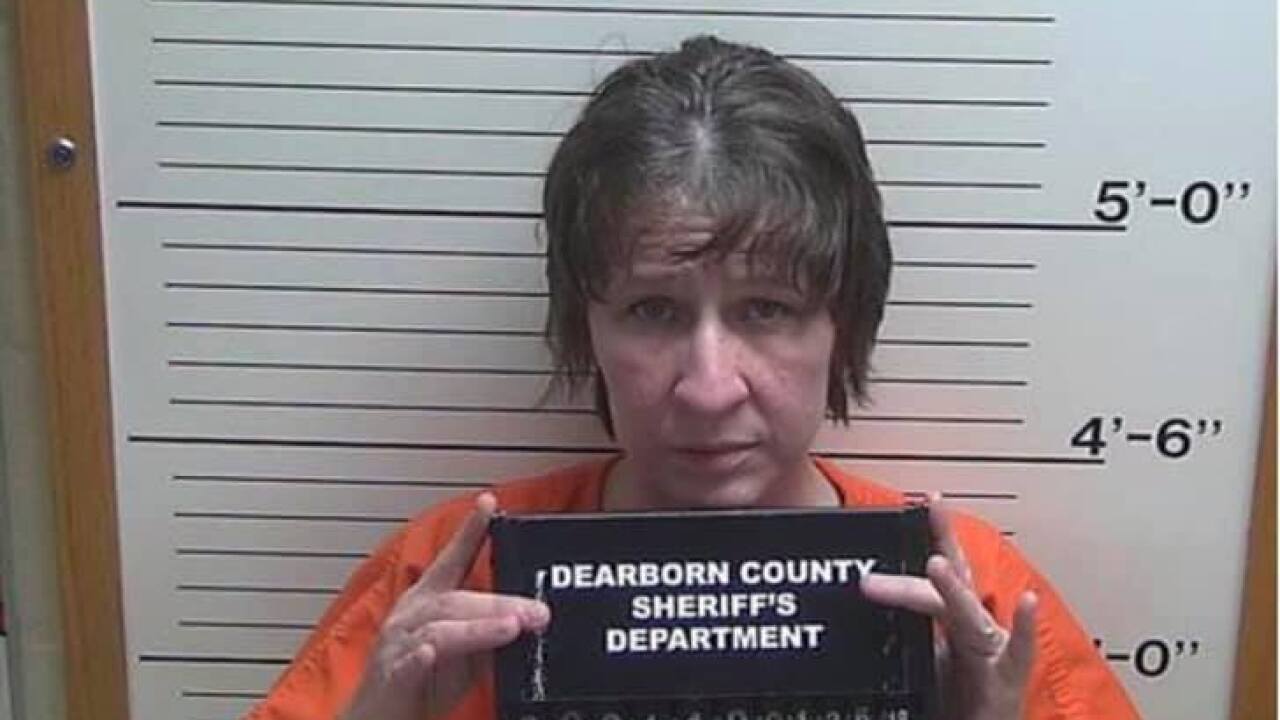 LAWRENCEBURG, Ind. — The woman accused of killing her boyfriend's mother and grandfather as the couple sought money for drugs pleaded guilty Friday.

Margie Thompson pleaded guilty to two counts of murder, taking a plea deal for a 95-year sentence, for her role in the deaths of Walter Bryant Jr. and Faith Craig, Prosecutor Lynn Deddens announced Monday.

Indiana State Police previously said Thompson and her boyfriend, Cody Booth, were looking for money and sellable items to steal from Booth's relatives when the pair stabbed Craig, his mother, together. Booth then pushed Bryant, his grandfather, down a set of stairs before Thompson stabbed him, too, police said.

After killing Booth's family members, police said he and Thompson went to buy drugs using stolen cash and rings. Then then continued raiding the home for things to sell for drug money, pawning some of Bryant's military medals, shotguns, golf clubs and televisions.

Deddens said the sentence in the plea deal means Thompson, 48, will serve at least 71 years in prison.

"She, in essence, accepted a life sentence," Deddens said.

"It is all about seeking justice for the families of Walter and Faith," Deddens said.