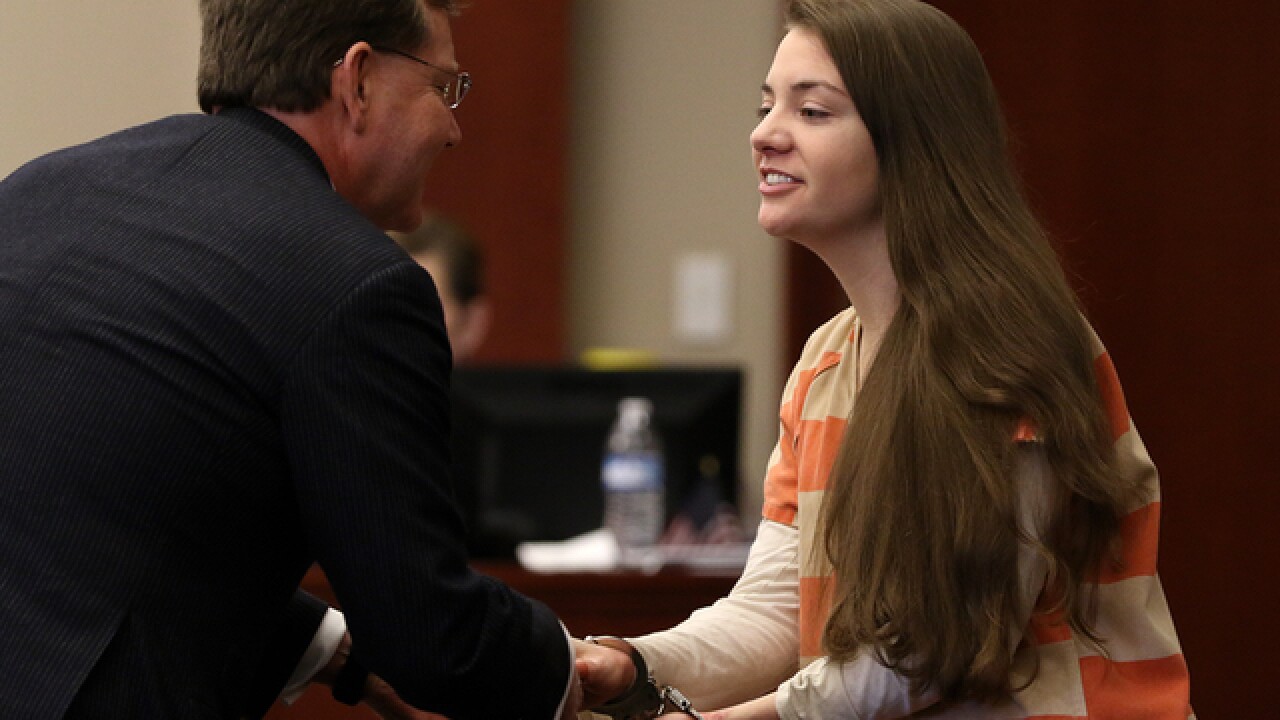 The Cincinnati Enquirer
Cara Owsley
<p>Shayna Hubers, right, shakes hands with her new lead attorney, David Eldridge, of Knoxville, Tuesday February 14, 2017. Hubers' second trial for the murder of Ryan Poston will start January 16, 2018, Campbell County Circuit Judge Fred Stine ruled on Tuesday, five and 1/2 yrs after Ryan Poston was killed. Stine threw the first conviction out in August when Hubers' attorney, while working on her appeal, discovered a juror was a convicted felon for not paying child support in 1992. Kentucky law doesn't allow for felons to serve as jurors.</p>

NEWPORT, Ky. -- A woman accused of forging signatures to get Shayna Hubers’ retrial moved out of Northern Kentucky faces dozens of felony charges. She’s entered a plea of not guilty and is scheduled for a court hearing Aug. 21 at 9 a.m.

According to police records, Brittany Young worked as a notary for her father’s investigative firm, Northern Kentucky Investigations, which was hired to gain signatures to help move the Hubers murder trial out of the region. The firm returned 156 signatures, but prosecutors said only 38 were legitimate.

Huber’s attorneys, David Eldridge and Jeffrey Lawson, said they were “shocked and saddened” to learn of the alleged forgeries.

Hubers is facing a murder charge in the death of Ryan Poston, her former boyfriend. Police say she admitted to shooting him six times in his Highland Heights condominium in 2012.

She was previously convicted and sentenced to 40 years in Poston's death, but a judge later threw out the conviction after defense lawyers revealed that one of the jurors was a convicted felon not qualified to serve on the jury.