Victim beaten as he arrives for work at 5 a.m. 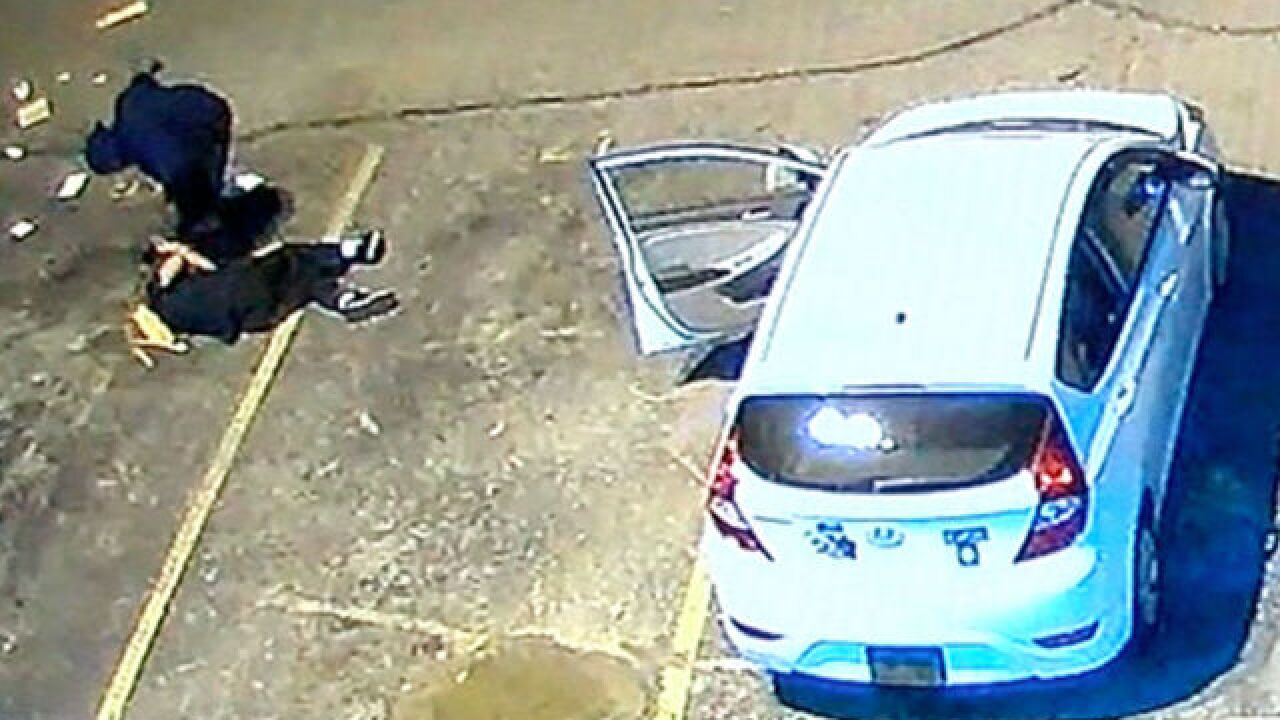 CINCINNATI – An 87-year-old LaRosa's worker says he feels lucky after he was viciously attacked when he arrived for his 5 a.m. shift last week.

"I hope he don't kill me -  that was it, that was all I was thinking," James Hayes told WCPO on Wednesday.

As the surveillance video below shows, the attacker hit Hayes in the back with a large rock or piece of concrete, knocking him down. Then he beat the fallen and defenseless man with his own cane and punched him in the head, leaving him stunned and motionless  for minutes.

As Hayes lay on the ground, the attacker rifled his pockets, stole his keys and wallet – with $7, his credit cards and Social Security card - and drove off in his car.

"He broke my cane off and that was it because I had one of the wooden canes and that's why I got so many bruises on me," Hayes said.

"I just thank God for that because it could have been much worse," he said.

Police recovered the car on Bellevue Avenue, three blocks from the Corryville LaRosa's, where the attack took place. The attacker is still at large.

Hayes was all alone with his assailant in the parking lot on Vine Street early Friday. Hayes said he opens the building each morning for deliveries and preps food. He had just pulled in and stepped out of his car.

The video shows a man walking through the lot and throwing a rock at Hayes' windshield. Hayes  grabbed a cane out of his car and confronted the attacker, who retreated to the other side of the car. The attacker picked up a large rock or piece of concrete and threw it at the car, smashing a side window. He picked up the rock and threw it again, hitting Hayes.

After several minutes, a man came by and helped Hayes to his feet.

"Do not carry all your credit cards in your bill folder or nothing," he said.

Hayes has worked at the Corryville LaRosa's for 20 years and expects to go back to work next week. His co-workers say they love him and are wishing him a speedy recovery.

Police are asking anyone with information about the attacker to call Crime Stoppers at 513-352-3040.