One was a candy store 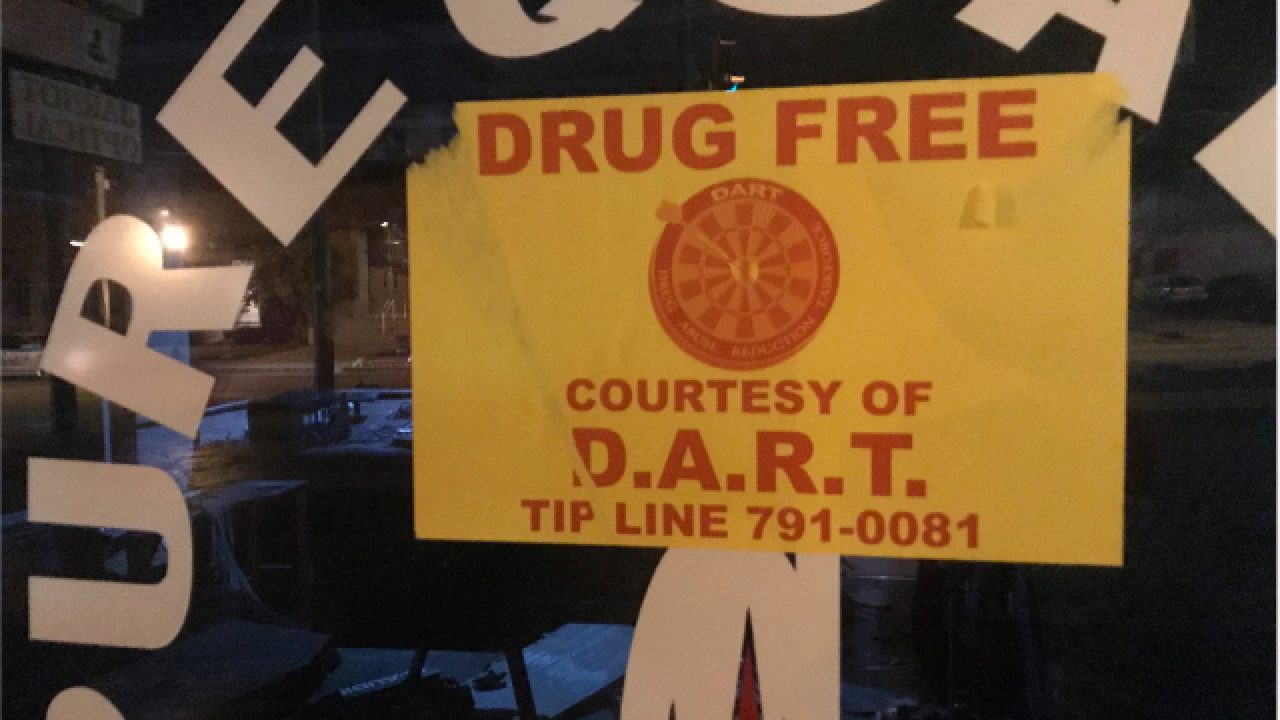 Copyright 2018 Scripps Media, Inc. All rights reserved. This material may not be published, broadcast, rewritten, or redistributed.
<p>The sign on the front window claimed the Pure Quality Media Center was drug-free after DART agents raided it Friday.</p>

Police said they found large amounts of the drug inside Pure Quality Media Center and a candy store next to it at 1833 West Galbraith Road during a search Friday. Police said the search was part of a countywide drug raid conducted by SWAT and the Drug Abuse Reduction Task force (DART).

At the same time, K-9 Onil alerted officers to marijuana and a gun in a nearby SUV, police said.