Teen to be tried as adult in fatal Middletown gang shooting 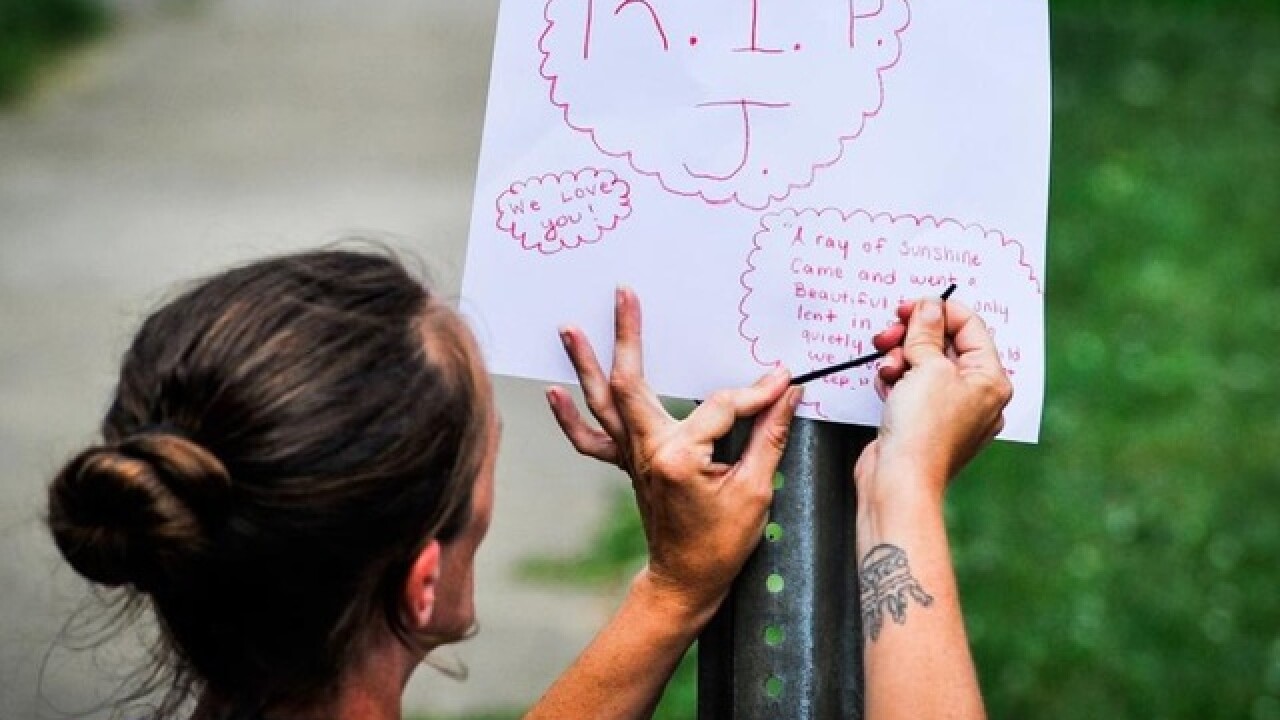 Copyright 2018 Scripps Media, Inc. All rights reserved. This material may not be published, broadcast, rewritten, or redistributed.
Nick Graham | Journal-News
<p>MIDDLETOWN, OHIO. May 30, 2018. Joseph Davis, 17, died in a shooting Tuesday night at Woodlawn Avenue and Garfield Street in Middletown. A memorial was erected Wednesday morning at the site of the shooting.</p>

HAMILTON, Ohio -- A Middletown 16-year-old facing a murder charge in the shooting death of another teen will be tried as an adult.

Gonni White showed no emotion during the hearing Friday, even after Judge Kathleen Romans bound his case over to the common pleas court, WCPO news partner the Journal-News reported.

Authorities said White is responsible for the shooting death of 17-year-old Joseph Davis.

Middletown Police Detective Kristi Hughes said Davis had been shot four times and was lying in a puddle of blood when she arrived at the scene at the intersection of Woodlawn Avenue and Garfield Street in late May. Hughes said White admitted to shooting Davis, the Journal-News reported.

White's attorney, Dawn Garrett, said that White was lying across a table and appeared to be under the influence when he was questioned by detective.

Hughes testified that White is a member of a gang called the Roadrunners, a regional group  tied to the Crips. She also said Davis was a member of the rival Bloods gang.

Though White is a minor, WCPO is naming him because he's being prosecuted as an adult.