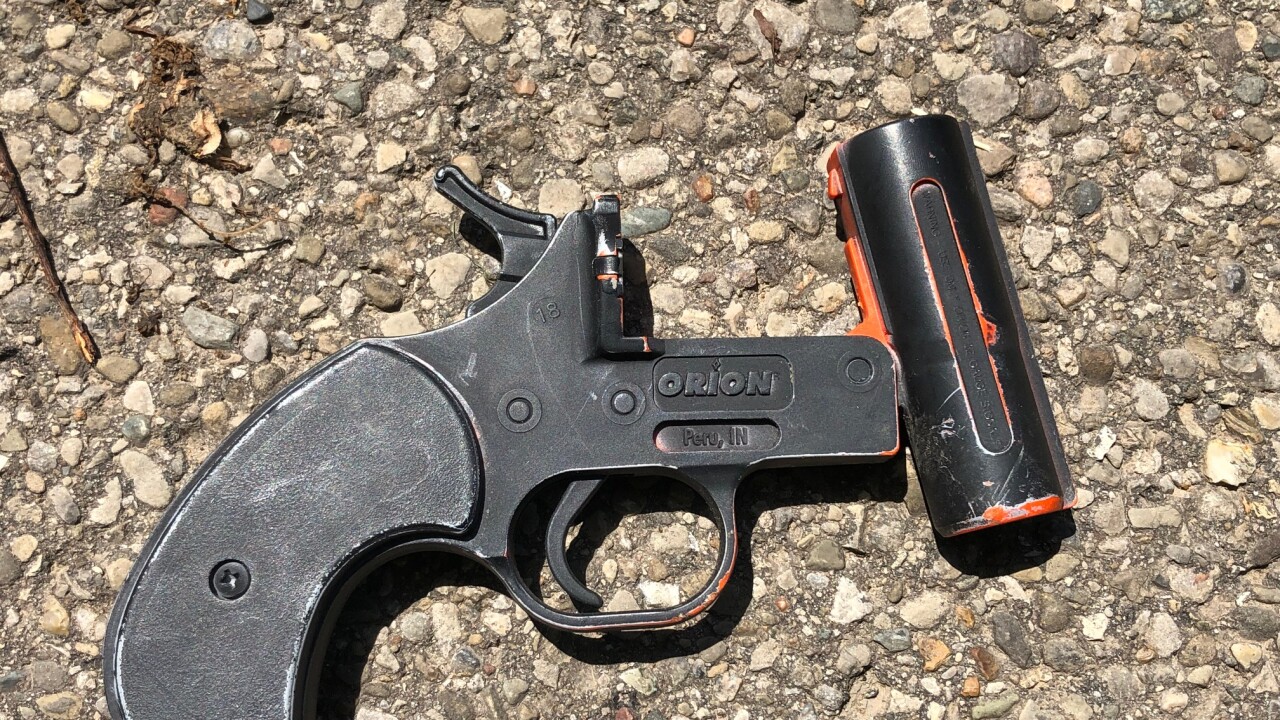 WAVERLY, Ohio — The Pike County sheriff jammed his thumb between the hammer and firing pin of a flare gun to stop a man from firing it at close range, according to the sheriff's office.

Bowshier ran away, and authorities followed. According to deputies, a corporal was able to knock Bowshier to the ground, and he dropped a knife. But then Bowshier stood up and pulled out what appeared to be a gun, but which authorities said they later learned was a flare gun which was painted black.

Bowshier screamed at the deputies to shoot him, deputies said. Authorities used a Taser to stun Bowshier and deputies tackled him.

However, deputies said Bowshier had cocked the hammer and was preparing to fire the flare gun which was loaded with a 12-gauge shotgun shell. That was when Reader slid his thumb between the components of the flare gun to stop it from firing.

"This man is very lucky my deputies used their non-lethal training to subdue him," Reader said. "During the scuffle, we thought with was an actual gun. It was not until after he was in custody and the scene was processed that we confirmed it was a flare gun with a deadly shotgun shell."

Deputies were able to subdue Bowshier and arrest him. They said he admitted to using meth earlier that day, and that they found drug paraphernalia.

Bowshier was treated at a local hospital. He's being held in the Butler County Jail and facing additional charges, deputies said.