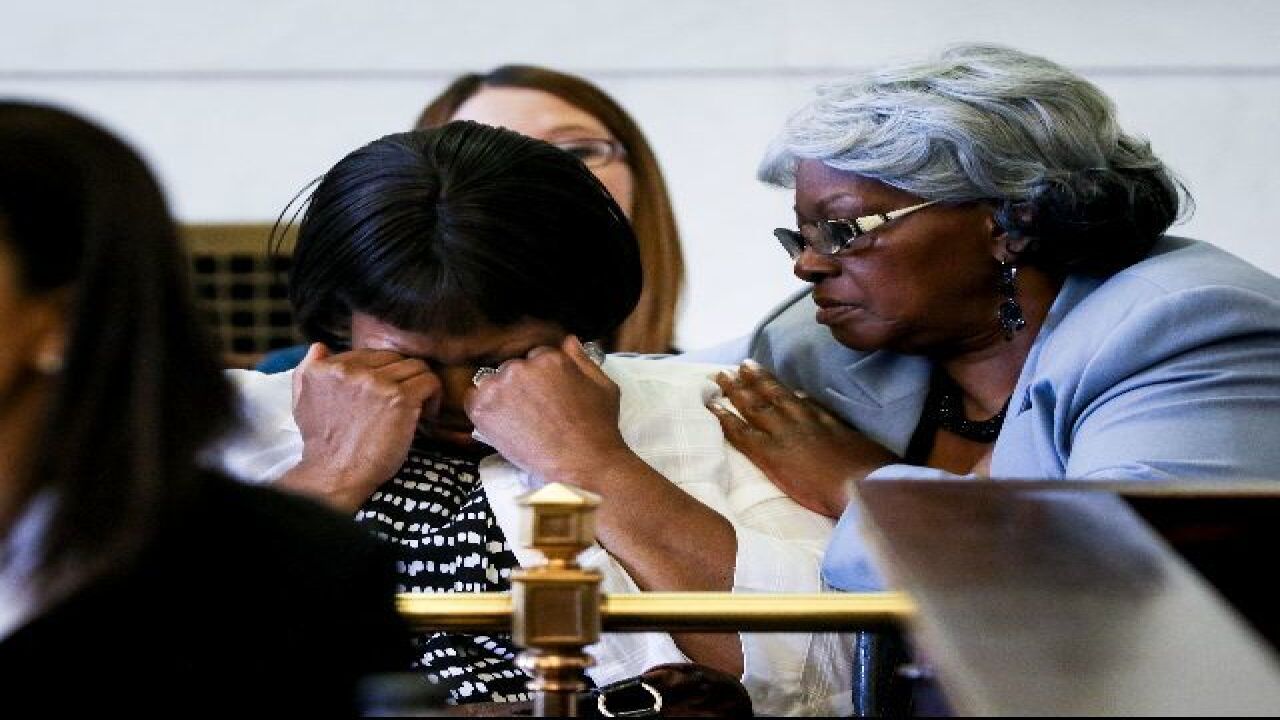 CINCINNATI -- For a second time, the family of Sam DuBose saw Ray Tensing walk free when jurors failed to agree on a conviction, resulting in a mistrial.

"The family commends the prosecutors for their strong presentation in this case, but we are outraged that a second jury has now failed to convict Ray Tensing for the murder of our beloved Sam DuBose," the family said in a statement distributed by their attorney, Al Gerhardstein.

"We demand another retrial. We call on the community to join us in peaceful protest of this unjust result," the statement said.

A grand jury indicted Tensing in 2015 on charges of murder and voluntary manslaughter.

At about 2:15 p.m. Friday, jurors said they were "evenly split" and unable to reach a verdict; we don't know the exact split of the jurors. Jury deliberations lasted for five full days, spanning more than 30 hours.

Tensing, a former University of Cincinnati police officer, was charged with murder and voluntary manslaughter in the 2015 shooting death of Sam DuBose, a black motorist. DuBose did not have a gun in his car. Tensing claimed he shot DuBose in self-defense because he said DuBose tried to speed off from the stop and drag him with the car.

Much of the retrial was the same as Tensing's first trial. Among other small changes, Sgt. Shannon Heine -- a former homicide detective who interviewed Tensing two days after the fatal traffic stop shooting -- revealed that she thought the shooting could have been justified.

The family's statement revealed that he asked Cincinnati Police Department Chief Eliot Isaac to investigate Heine. Specifically, Gerhardstein asked Isaac to find out if Heine withheld her testimony from prosecutors and if she would be disciplined.

In the past two weeks, two police officers were acquitted of charges after fatal shootings. In Minnesota, a jury acquitted Jeronimo Yanez of manslaughter in the shooting death of Philando Castile; in Wisconsin, a jury found ex-officer Dominique Heaggan-Brown not guilty of reckless homicide for shooting Sylville Smith, who was unarmed.

The DuBose family acknowledged the families of the victims who endured similar trials in recent months.

"We stand with the families of Terrance Crutcher of Oklahoma, Philando Castile of Minnesota, Freddie Gray of Maryland and Sylville Smith of Wisconsin. We demand justice for all these men who have been murdered by police officers who have escaped guilty verdicts."