Analysis: Questionnaires give clues to what jurors were thinking, feeling before Tensing trial 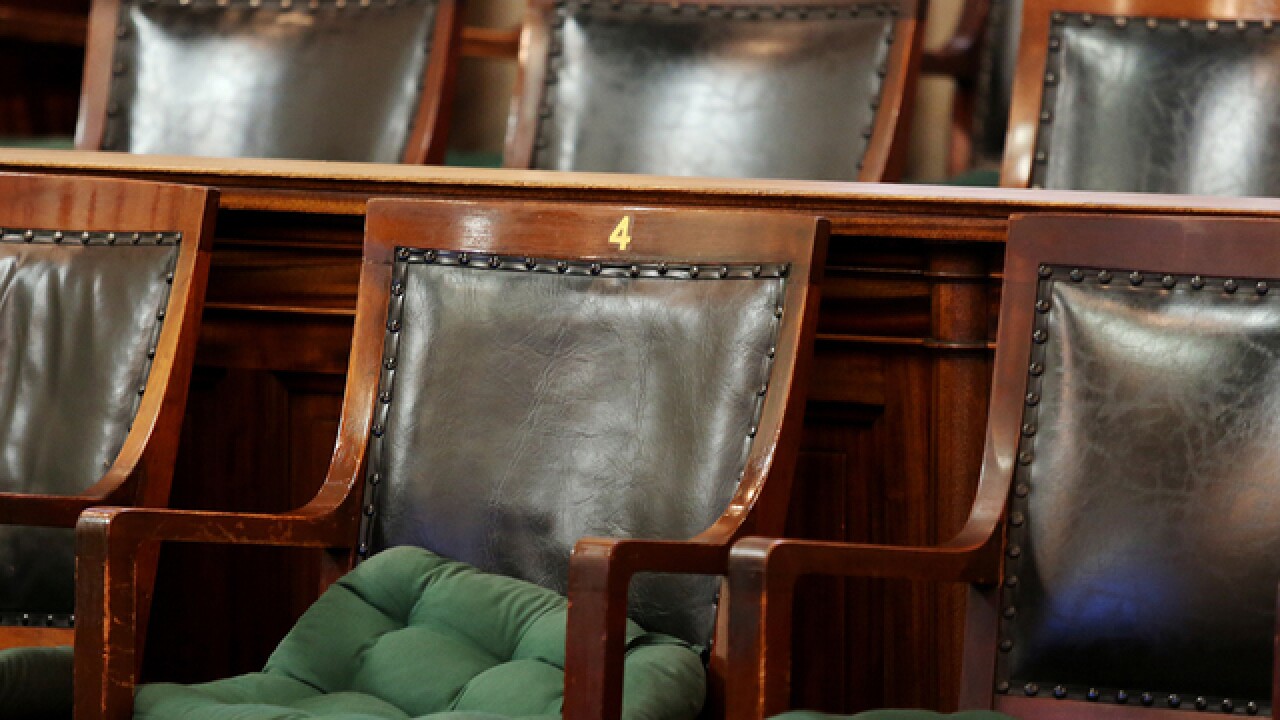 CINCINNATI – Jurors in the Ray Tensing murder trial didn't seem to have much knowledge about police shootings of unarmed black men across the country.

Or if they did, they kept it to themselves when they filled out their 25-page, pre-trial questionnaires.

That's one thing that stands out after examining a sample of the answers from the 12 jurors seated at trial and the four alternates who also heard testimony in the racially-charged case.

Or maybe it wasn't so racially-charged after all.

If the jurors were being truthful when they filled out the 194 questions, the racial overtones from another white police officer shooting another unarmed black motorist didn't seem to burden them before the trial except when it came to worrying about whether riots would follow their verdict.

Their answers said they weren't concerned about their own personal safety – which became a lightning rod once the trial began – as much as they were worried about the drive time home through demonstrators or rioters when it was over.

Judging from their questionnaires, these jurors seemed almost agreeable – and maybe that's why it took only one day to seat them.

So why did they deliberate for 25 hours and end in a hung jury?

You can't always tell from a job application what kind of employee you're going to get, and it can be the same with a juror's questionnaire. Unless someone doesn't want to be on the jury and deliberately shows a negative version of themselves, they're going to be tempted to put their best foot forward. Call it vanity. There's no real way of knowing what went on in the jury room, when they could have taken off one mask and put on another.

Tensing jurors' prior knowledge of shooting

That said, maybe we shouldn't try to draw a lot of conclusions from the questionnaires of the 16 jurors (two blacks, 14 whites) released by Judge Megan Shanahan on Tuesday. After all, they were redacted – names, ages and addresses were blacked out, along with employers and family, job and school history. The judge left the jurors' gender (10 women, six men), race and political persuasion (six moderates, four liberals, two conservatives, one very conservative and three others).

Still, the questionnaires give clues to what jurors were thinking and feeling, and we thought we found some interesting things from comparing their answers to a few questions about policing, race (including the hottest-button issue for some whites, Black Lives Matter) and personal safety, and other questions that revealed the disconnect between races and values.

The first questions and answers tell us that the jurors want police to enforce the laws and they believe they do so fairly, for the most part. Remember, Tensing stopped Sam DuBose after spotting him driving without a front license plate.

Question 27: Do you believe it is the duty of law enforcement officers to enforce all laws regardless of the severity of the offense?

Question 28: Do you believe law enforcement officers should not take action of any type when they observe what many would consider "minor" violations of the law?

Question 30: Do you think police are selective in who they stop for such "minor" violations?

Question 84: What are your feelings about groups like Black Lives Matter?

This was not a yes-or-no, for-or-against question, but it got a generally favorable response from eight jurors, a negative response from four and no opinion or no answer from four.

Comments from jurors included these:

They have the right to express themselves.

I believe all lives matter regardless of your race.

I understand they have strong feelings about the shootings but I feel they need to understand if victims weren't in the wrong to begin with there wouldn't be many shootings.

Participants in all social activism groups like Black Lives Matter have a constitutional right to protest.

Groups like BLM are important because they raise awareness of an issue previously not widely known. It is up to the public to critically review the media's reporting of the BLM movement.

Question 113: There has been a lot of discussion about the number of unarmed African-Americans shot by police officers. Do you feel there are problems in this area, and what do you think are the causes of these problems?

Judging from what they wrote, the jurors had little knowledge or opinion - or didn't want to go on the record. The responses included:

There seems to be.

I do feel it's becoming a problem. My boys were taught to respect and do whatever the officer says. You can have your thoughts but keep them to yourself.

Yes, the causes of the problems are unique to each case.

I do believe it's a problem. The cause is two-fold: 1) a community that is taught (often) to distrust the police based on past experiences (personal or publicized) which can lead [continues on back of page]

Maybe. I don't have information to be sure. There does seem to be a lot.

Question 114: Do you believe that police officers target African–Americans and other minorities for arrests and ticketing?

Question 115: Do you believe that the criminal justice system in America is fair?

Answers: Yes 14, No 2 (the no votes came from one black juror and one white juror).

Question 122. Is there any racial or ethnic group that you do not feel comfortable being around?

Question 126. "Some races and/or ethnic groups tend to be more violent than others."

I don't believe violence has classifications. One isn't more violent b/c of their color or religion.

Yes, worked with a contractor who used racial terms.

Agree - in our news here in Cinn [sic] the news media jumps on any black violence and I feel makes the situation worse.

Strongly disagree – every race has bad and violent people.

Question 161: Are you concerned that an acquittal in this case could lead to civil unrest and/or riots?

Question 162: Are you concerned about your personal safety, reputation, or standing in your community among family, friends and associates should you be asked to serve on the jury in this case?

Of course, that was before the judge said she was going to release their questionnaires at the media's request. That led to a  jury "revolt" on the third day of testimony and they refused to come out of the jury room for two hours until Shanahan calmed them down. She sealed the questionnaires and held on to them until Tuesday.

The questionnaire was written collaboratively by the prosecution and defense counsel. No one has said if the jurors for the retrial will get the same one or any.

All that said, the answers might be flipped-flopped if the jury were two whites and 14 blacks.