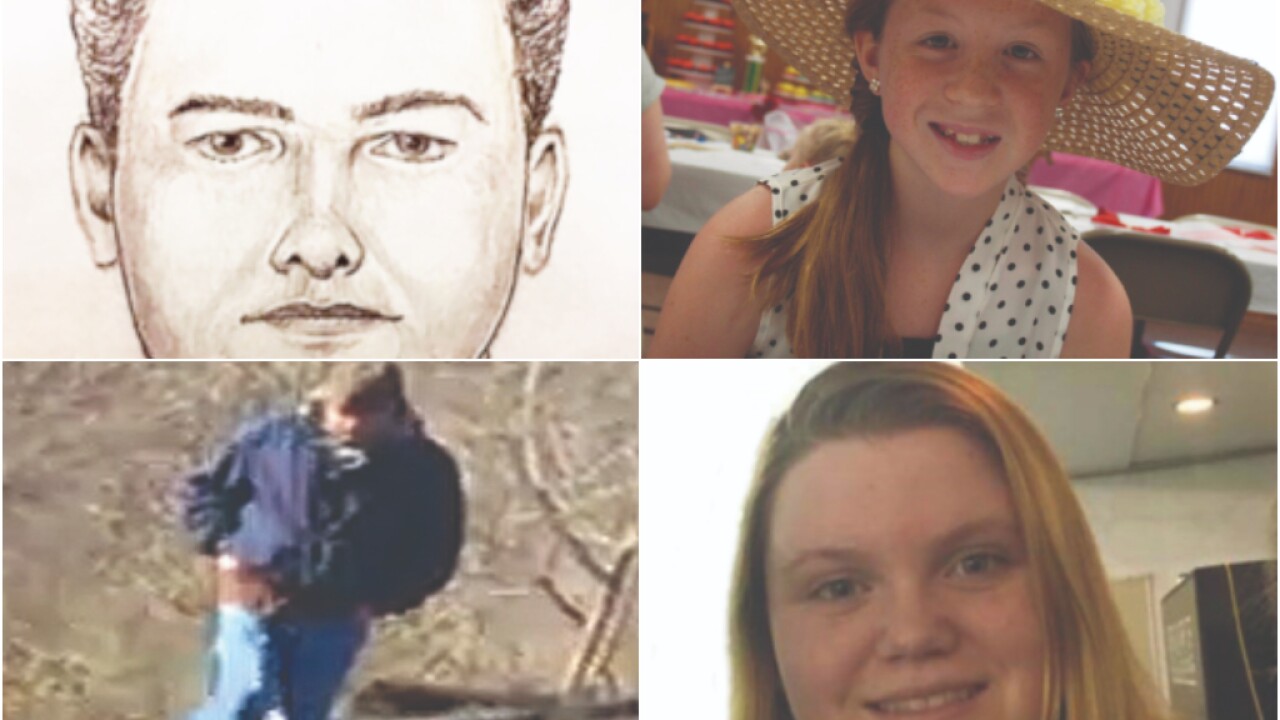 DELPHI, Ind. (AP) — Indiana State Police have released video of the suspect in the 2017 killings of two teenage girls that shows the man walking on an abandoned railroad bridge the teens visited before they were slain.

State Police on Monday also released a new sketch and audio of the man suspected of killing 14-year-old Liberty German and 13-year-old Abigail Williams. The video and the audio came from German's cellphone.

State Police Superintendent Doug Carter said during a news conference in the girls' northern Indiana hometown of Delphi that investigators believe the man is between the ages of 18 and 40 and either lives or lived in Delphi or works in the area.

Carter vowed that police will solve the case and addressed the suspect during his briefing, saying, "We believe you are hiding in plain sight."