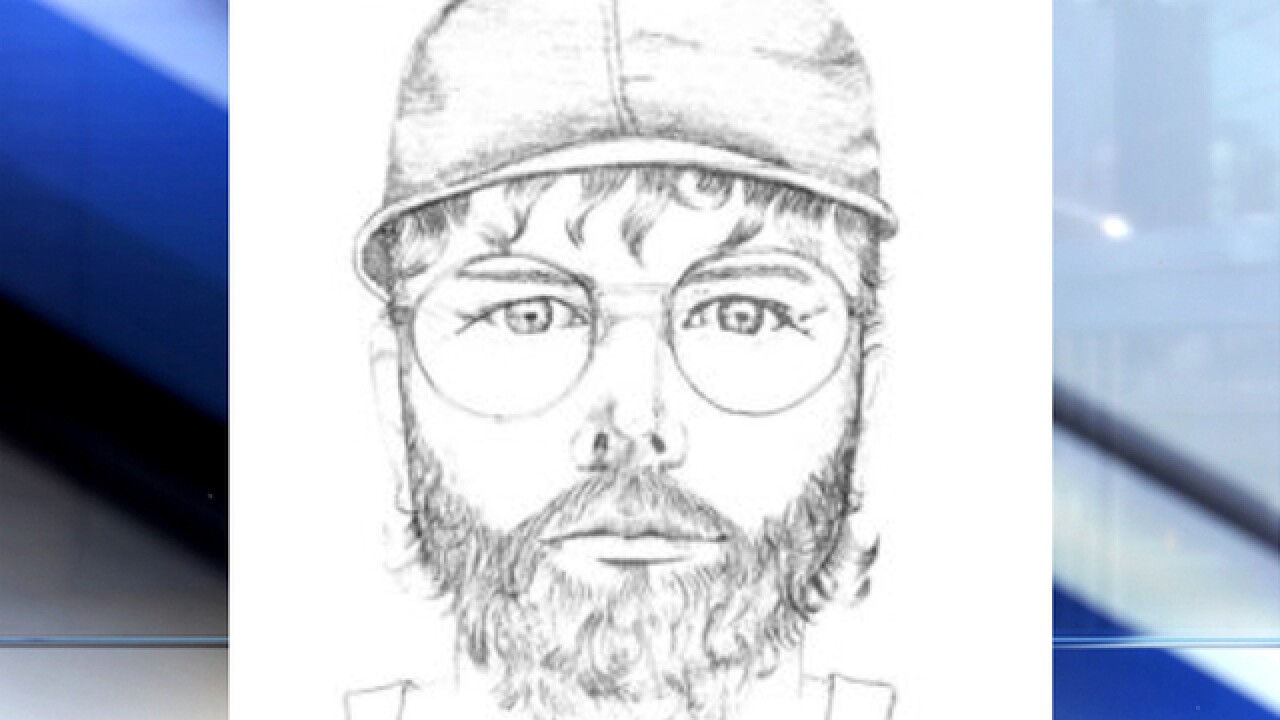 ELSMERE, Ky. – Police are seeking a man who sexually assaulted a 12-year-old girl.

The assault happened at about 2:20 p.m. Wednesday at Woodside Park, according to Crimestoppers. The man forced the girl into a wooded area near the park, claiming to be with the police department and threatening her with arrest if she didn’t cooperate.

After the assault, the man was last seen walking northbound on Lytle Avenue toward the railroad tracks.

He was between 5’9” and 6’0” and in his 30s or 40s, according to Crimestoppers. He was chubby and pear-shaped with a beer belly and curly “orange” medium-length hair and a curly “orange” beard, a light complexion and unclean crooked teeth.

The man had full sleeve tattoos on both arms. He was wearing tan/khaki shorts with pockets, a black tank top with a Batman logo, a navy blue baseball cap with a logo and rounded wire frame glasses. He was also pulling a medium sized black suitcase with wheels.

Crimestoppers asked that anyone with information call the Elsmere Police Department at 859-342-7344.