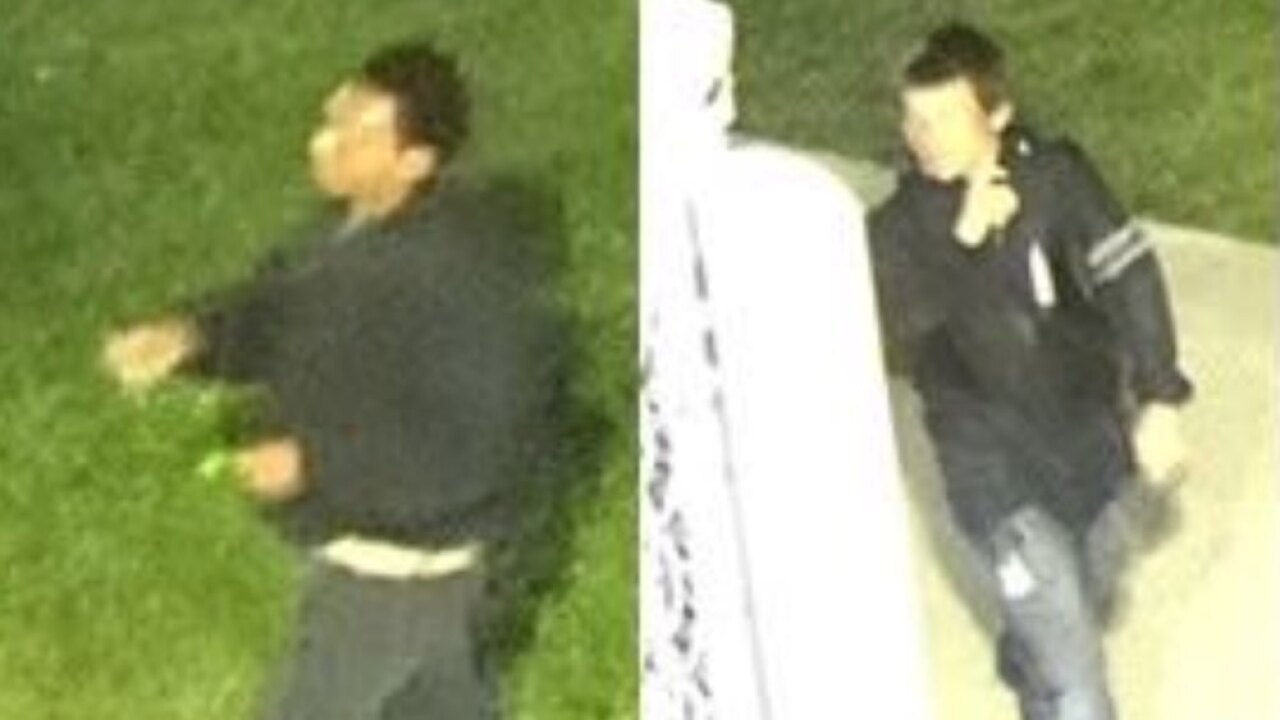 Anyone who recognizes either of the people pictured above — both short-haired and dressed in black on the night of the crime — should contact investigators at 513-569-8600.

Players arrived at the sports facility Wednesday morning to discover fields, bathrooms and a statue celebrating the Cincinnati Reds’ 150th anniversary had been marked with green spray paint.

“When I first walked up and I saw it, I thought it was just horrible,” said Mark Burns, whose son plays baseball there twice each week.