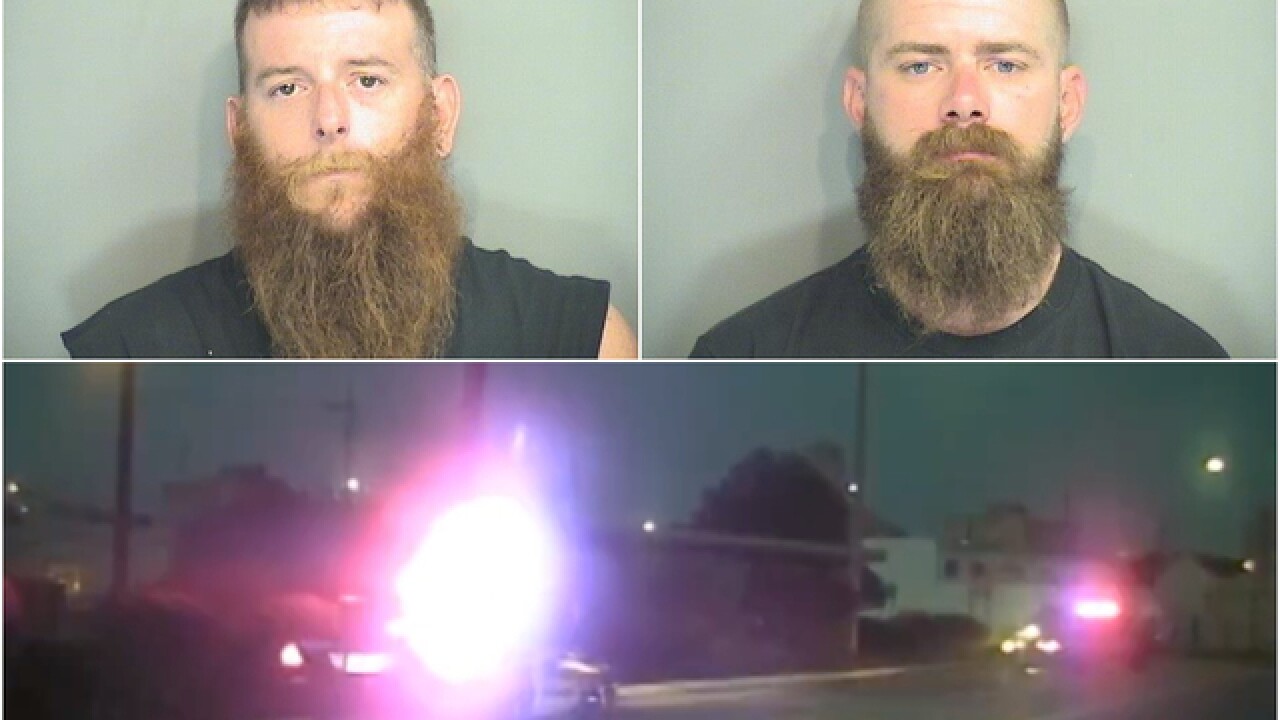 HAMILTON, Ohio -- One motorcyclist died in a crash and two others were arrested after they fled from a traffic stop Tuesday night, Hamilton police said.

An officer saw several motorcyclists commit traffic violations near the intersection of Williams Avenue and River Road at about 8:23 p.m. Tuesday and initiated a traffic stop, police said in a news release. The officer believed the motorcyclists were members of a "known outlaw motorcycle club" because of insignia they had. At least one of them was wearing Iron Horsemen colors, according to an arrest report.

Three of the motorcyclists fled from the traffic stop, driving northbound onto Neilan Boulevard, police said. The lead officer decided not to pursue them, but called out their description to dispatchers and other officers.

One of the responding officers was driving southbound on Monument Avenue and saw the three motorcycles speed by northbound. One of the motorcycles crashed into and over an embankment. Police released dash camera footage showing the crash.

An officer and other first responders attempted lifesaving measures on the motorcyclist who crashed, but the person died at the scene, police said.

One of the other motorcyclists stopped there and was taken into custody. The other ran away, and officers caught him after a foot chase, police said.

Kyle Ramey, 27, of Harrison, and 31-year-old Anastasio Anthony Camacho, of Versailles, Indiana, are each facing charges of failure to comply and obstructing official business, according arrest reports.

Police didn't immediately release the identity of the motorcyclist who was killed.