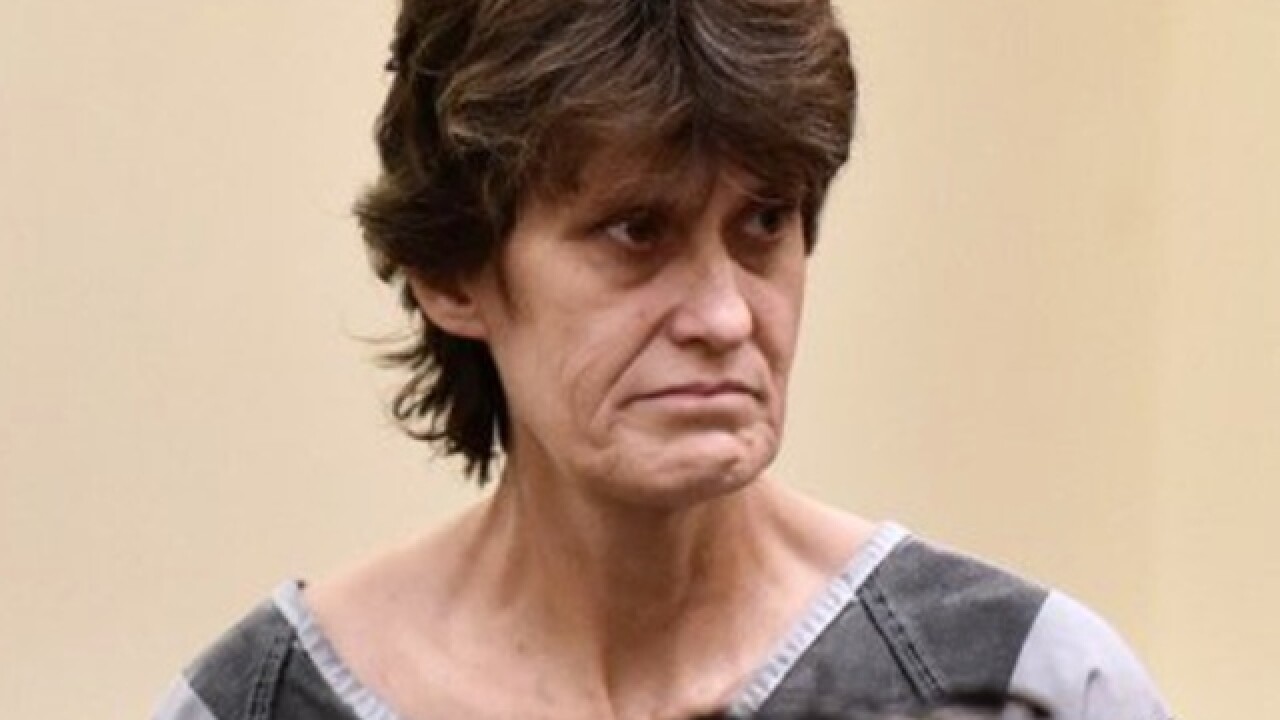 Copyright 2018 Scripps Media, Inc. All rights reserved. This material may not be published, broadcast, rewritten, or redistributed.
The Journal-News
<p>Suspect Jody Back in court Oct. 1, 2018.</p>

MIDDLETOWN, Ohio -- Bond has been set at $250,000 for a Middletown woman charged with plotting to kill an acquaintance.

Jody Back, 49, was arrested Friday afternoon following a traffic stop at Towne Boulevard and Ohio 122 and charged with conspiracy to commit murder, a first-degree felony.

Back shook her head during the brief arraignment Monday morning in Middletown Municipal Court and looked out into the courtroom at her friends who attended in support, WCPO media partner the Journal-News reports.

WATCH: Jody Back arraigned for conspiracy to commit murder pic.twitter.com/aLVbDpRwQS

Back met with a confidential informant on Sept. 26, 27 and 28 to negotiate a monetary deal to have another woman killed, according to court records obtained by the Journal-News. Back provided an address for the woman and a time frame to have her murdered.

Three friends, who did not want to be named, said they do not believe the charges against Back.

“She wouldn’t do that,” said a woman who said she met Back while having meals at a local church.

Another friend said Back served in the military and suffers from PTSD.

Back is scheduled to be back in court Oct. 8 for a preliminary hearing. She was given a court appointed attorney.

The alleged target, a mother and grandmother of six, did not attend Monday’s arraignment. She did, however, speak to the Journal-News on Saturday from a location out of town. She is not being named out of concern for her safety.

The woman said she befriended Back when she moved to the city in May 2017.

The friendship became strained during a custody dispute over Back’s child, who was living at the woman’s home. The woman said the child was often at her house, like others in the neighborhood.

The woman eventually filed for custody of the child.

Middletown police in April responded to the Back residence on a call related to the custody dispute, according to police records.

“I was told I couldn’t move while it was going through court,” the woman said.

The woman said Back continued to walk past and drive by her house. She said Back peeped in windows and accused her of kidnapping the child.

“I knew something was going to happen,” the woman told the Journal-News.

On Friday afternoon, she received a call from two Middletown detectives, who told her they had to meet with her “right now.”

“I thought it was about this (custody case),” the woman said. “When I go there they said, ‘We have just arrested Jody Back for conspiracy to commit murder. She was having you killed.’”

The woman said her heart sank and her stomach tied in knots.

“I just started bawling,” she said. “How do I know she didn’t talk to someone else? How do I know I am safe?” the woman said.