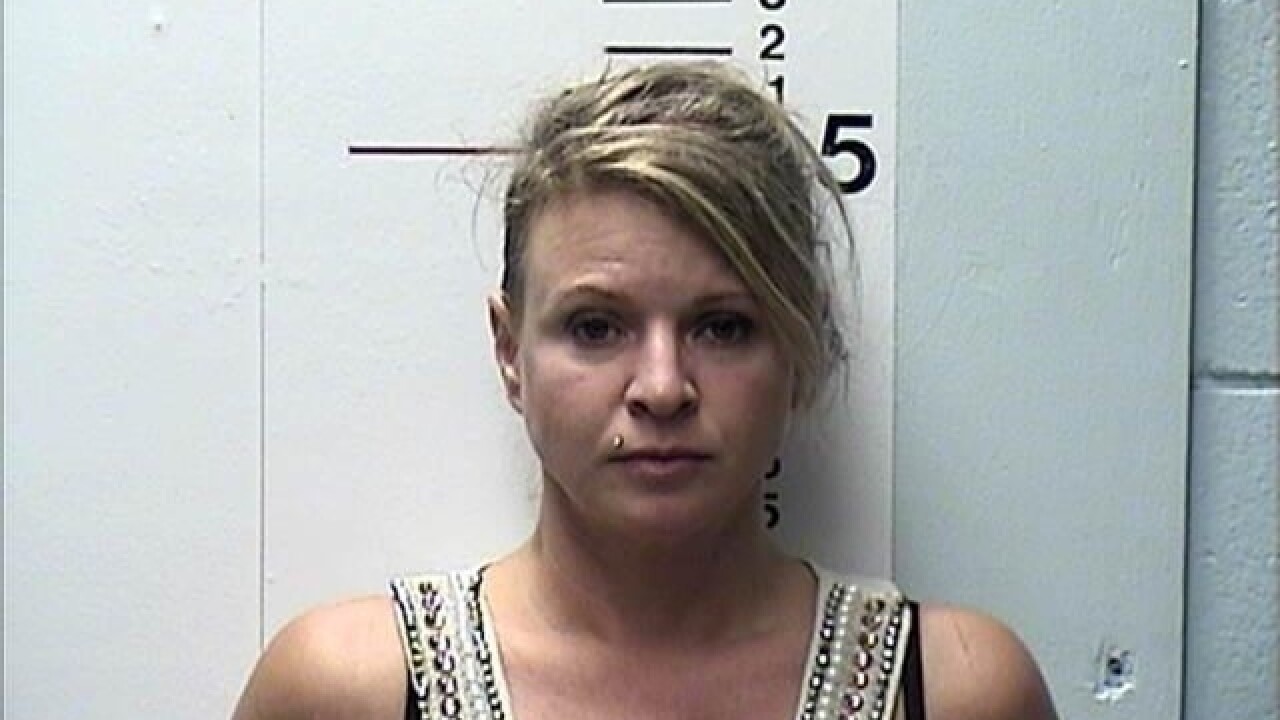 MIDDLETOWN, Ohio -- The husband of the Middletown woman who investigators say hired a hitman to kill him tearfully thanked his would-be killer for alerting police at a press conference Saturday.

Police said a Middletown woman’s quest to have her estranged husband killed was stopped before it could happen -- by the very person she had hired to do the fatal deed.

Shelly Carter, 42, has been charged with multiple counts conspiracy to commit aggravated murder and is now being held in Middletown jail. Her bond was set at $750,000 cash on Friday morning.

Christian Carter, Shelly’s husband, said he never expected anything like this to happen to him.

“I wanted to thank the man who saved my son’s lives and mine,” Christian said.

Carter -- the owner of Dog Dayz Grooming Studio in Vannest Avenue in Middletown -- is in jail alongside her three accused co-conspirators, according to Middletown police Chief Rodney Muterspaw.

A statement from the police department called it a “murder-for-hire” case: Detectives said that Carter paid someone $500 to kill her estranged husband, Christian Carter. She promised to pay another $500 and a car when the job was finished, police said.

Amy Wray, spokesperson for the Carter family, said Shelly may have wanted her husband killed so she could keep their house once their divorce was final.

"This was her dream house that she'd been dreaming about for over 10-years, and she finally got it built and they were going through a divorce and it ended up that they weren't going to be able to keep it… and she went to whatever dire needs that she thought she needed to so that she could keep the house," Wray said.

The person who led police to the accused conspirators was the same person Carter had promised to pay, according to police; the would-be assassin had become worried about the safety of Carter’s children, ages 7 and 11.

"Shelly did not care if her two children were in harm’s way when the murder was complete," a press release from Middletown police said. "Shelly directed the subject on where and how to commit the murder."

Police and deputies executed a search warrant at Carter's home on Wednesday. They later found Carter and her boyfriend, Ryan Stark, inside a nearby Madison Inn. Stark, who has a previous felony conviction, was arrested on gun charges.

Carter’s husband and children are safe, but her involvement in the plot has deeply shaken those who believed they knew her.

“The only thing I can honestly say is I believe it had a lot to do with the new boyfriend,” said Jodi Ditmyer, a cousin of Carter’s. "She was outgoing at one point and time and then she kind of distanced herself from everybody. All I can say is it’s heartbreaking.”

Casey Fryman, 32, and Sarah Fryman, 21, are charged with one count each of conspiracy to commit aggravated murder. Their bonds were set at $250,000 each.
Copyright 2015 Scripps Media, Inc. All rights reserved. This material may not be published, broadcast, rewritten, or redistributed.