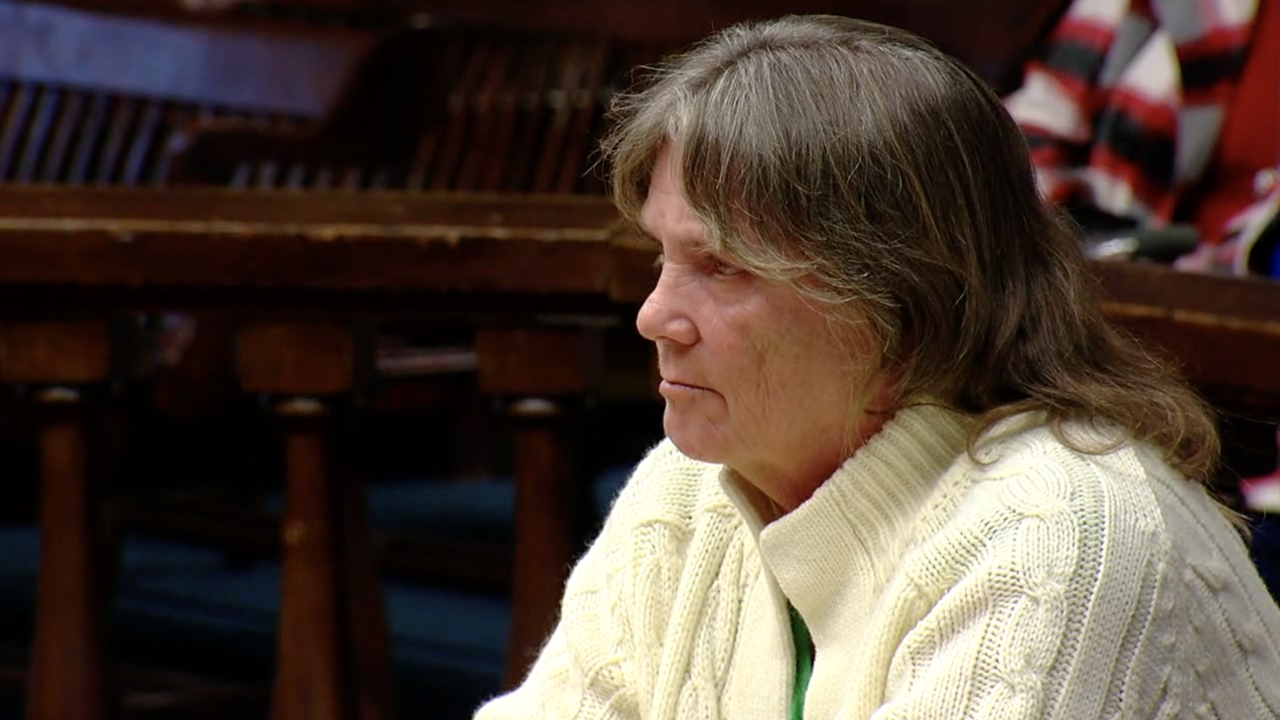 Rita Jo Newcomb, mother of one of the defendants in the Pike County massacre, entered into a plea deal with prosecution during a hearing Monday afternoon.

Newcomb, 66, was initially charged with perjury, obstructing justice and forgery to protect her daughter, son-in-law and grandsons charged in the murders of eight members of the Rhoden family in 2016.

In court on Monday, Newcomb agreed to plead guilty to obstruction of official business, while the state agreed to drop the forgery and perjury charges.

Her daughter is Angela Wagner, who is married to George “Billy” Wagner and is the mother of Edward “Jake” Wagner and George Wagner IV. They have all pleaded not guilty.

The state said that its own handwriting expert has analyzed that Newcomb's signature on custody documents tied to the murder investigation was not actually her signature.

She was initially implicated in forging and notarizing custody documents for the son of Jake Wagner and Hanna Rhoden. Jake Wagner currently stands accused of murder in connection with the case; Hanna was counted among the dead, while her child was found alive. Then-attorney general Mike DeWine said he believed custody and control of the child was the motive for the murders, following the arrest of the Wagner family members.

Obstruction of official business is a second degree misdemeanor, drawing a maximum jail sentence of 90 days. A sentencing date for Newcomb hasn't been set yet, but she was released from house arrest following the plea agreement. She has still been instructed to have no contact with any members of the Rhoden family, or any of her own family members charged in the case.

Newcomb was originally supposed to begin her trial on November 18; the trial was delayed suddenly and postponed pending Monday afternoon's hearing.

Newcomb is accused of lying to cover up her family's involvement in the Pike County massacre, but she isn’t implicated in the murder itself. Her charges stemmed from reportedly lying to a grand jury and forging custody documents. In subsequent hearings, she's been warned against aiding the legal defense of four members of the Wagner family charged with the murders after a judge issued a no-contact order.