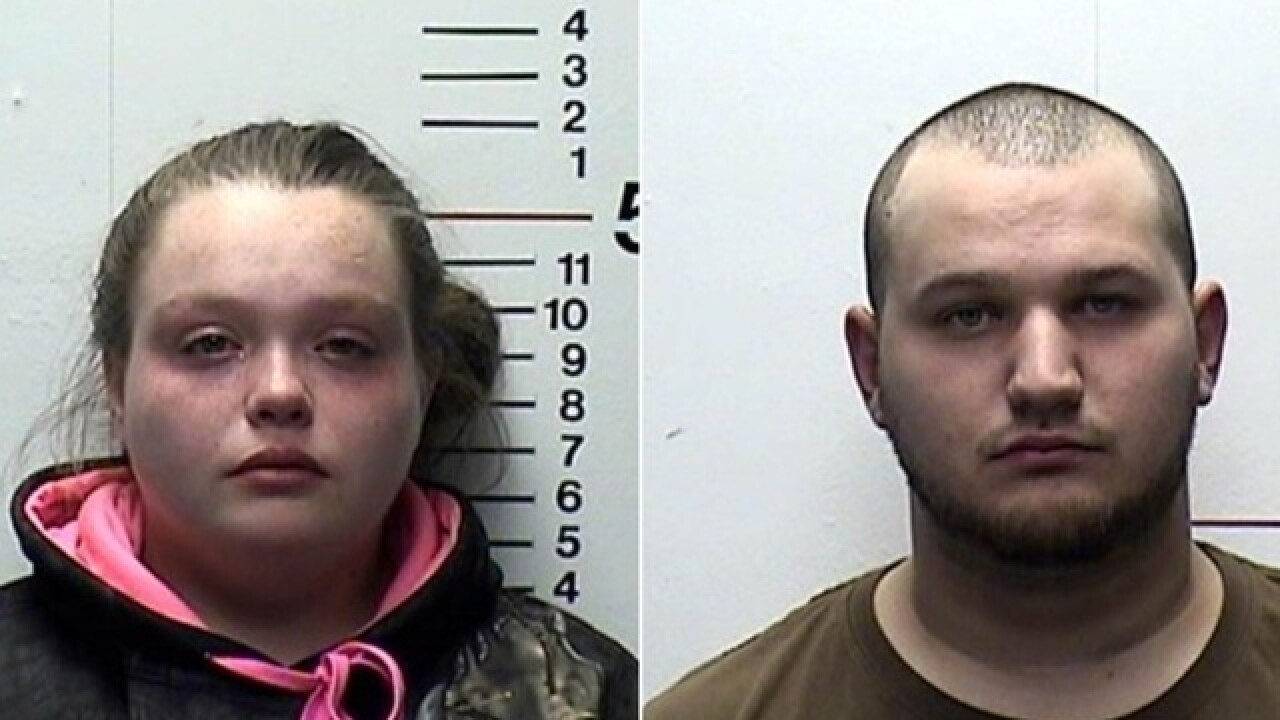 Copyright 2017 Scripps Media, Inc. All rights reserved. This material may not be published, broadcast, rewritten, or redistributed.
The JournalNews
<p>Cassandra Tincher (left) and Justin Newcomb (right) are both charged with burglary and child endangering.</p>

MIDDLETOWN, Ohio -- Two Middletown residents were charged with burglary and child endangering after they allegedly robbed a woman and left a 1-year-old child in a vehicle.

Butler County Sheriff deputies were called to a residence in the 600 block of Granada Avenue in Lemon Township at 3:30 a.m. Tuesday on a report of a burglary.

The female resident told deputies that an unknown male came into her house, held her down in bed and took her wallet out of her pocket.

She told police the suspect ran out of the house and left in an unknown vehicle.

The incident report said that $800 in cash, debit cards and a prescription for Xanax were stolen.

Justin Newcomb, 34, and Cassandra Tincher, 29, were charged with the crimes and booked in the Middletown City Jail. They will have their preliminary hearing next week in Middletown Municipal Court.

The woman also told deputies that Newcomb may have known the side door of the house was unlocked because she gave him $150 to install a new door last week, but he never replaced the door and kept the money.

She also said she was surprised that her pit bull that usually barks when strangers are in the house didn’t move when the suspects were in the residence, according to the report.