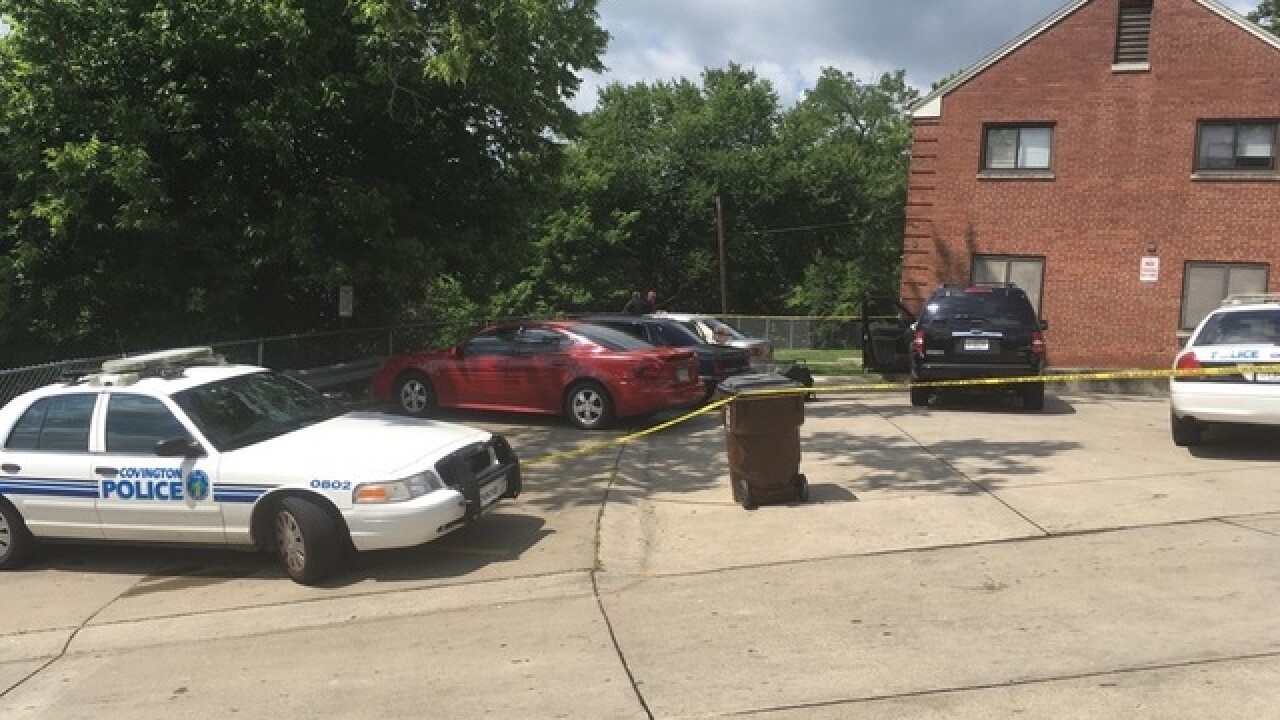 COVINGTON, Ky. -- A man was found dead inside an apartment and a female was transported to the hospital after they had been shot, police said.

Police responded at 11 a.m. Tuesday to Alexandria Drive off Madison Avenue for a report of a shooting, where they found both victims shot inside the apartment, according to Brian Steffen, assistant chief of police services for the City of Covington.

The relationship of the two victims and details of the shooting are still unknown at this time.

"We don't know if it was a domestic situation or if it could be some other factors involved,” Steffen said. “We just don't know yet--it's too early."

The identities of the victims have not been released at this time, and the incident is under investigation.

Janice Ramos, a resident of Latonia Terrace, said she was surprised by the shooting because a lot of families live in the area.

"I don't understand how people think these days,” Ramos said. “They think violence is the answer and it's not..."