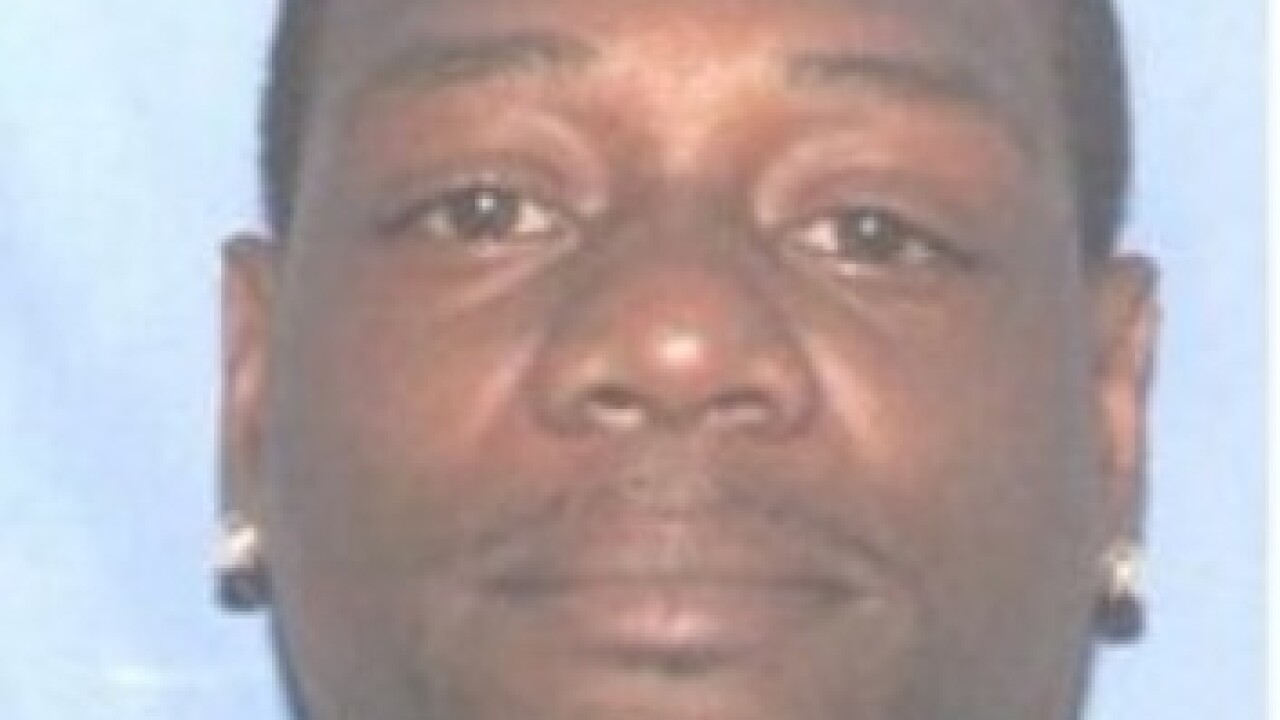 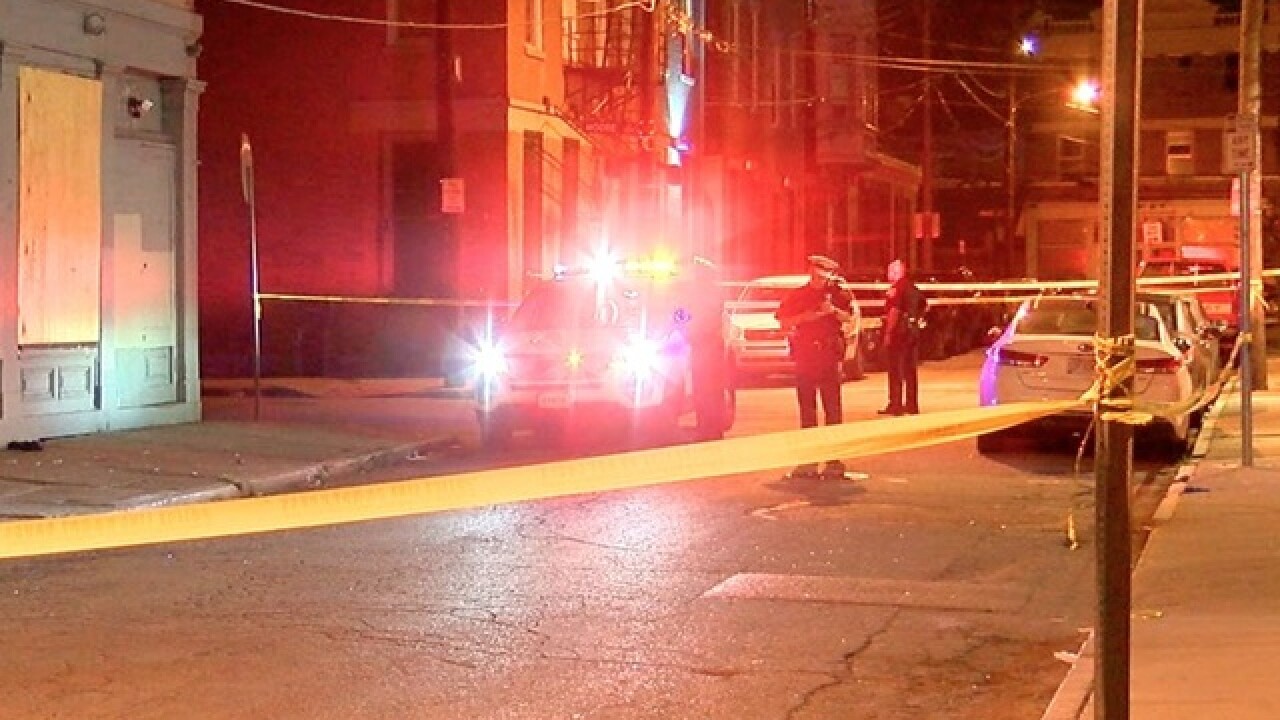 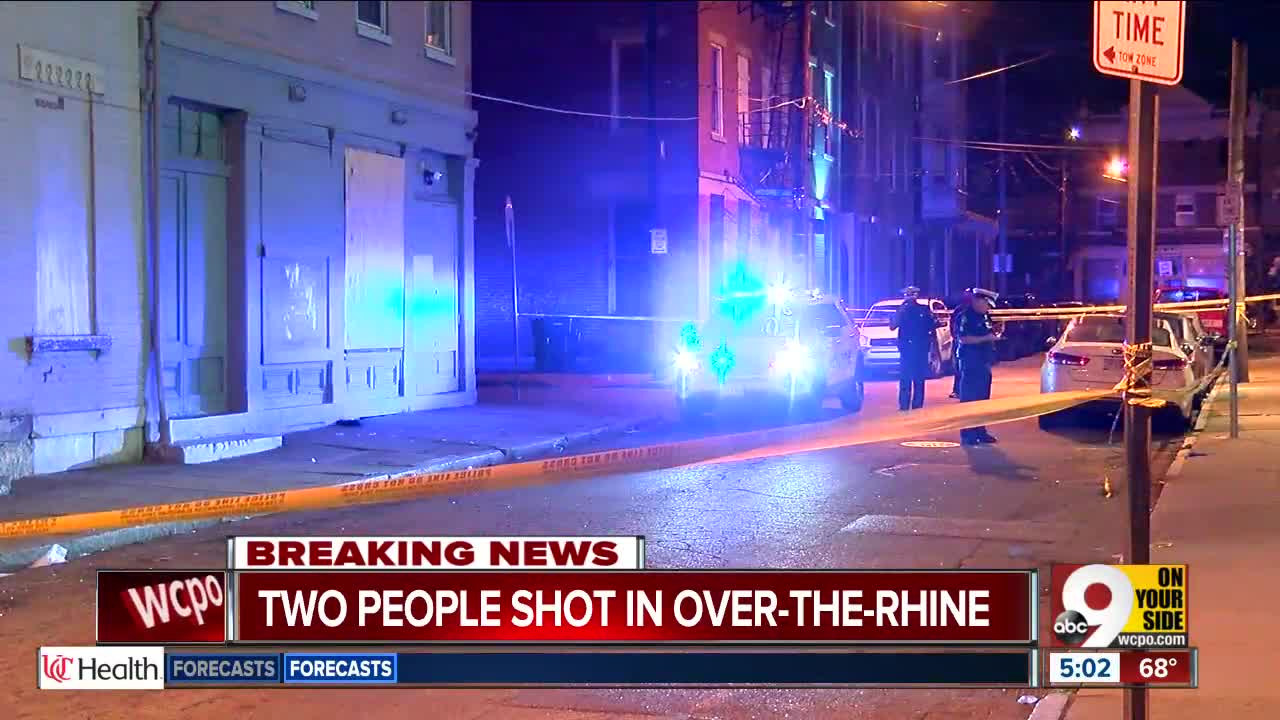 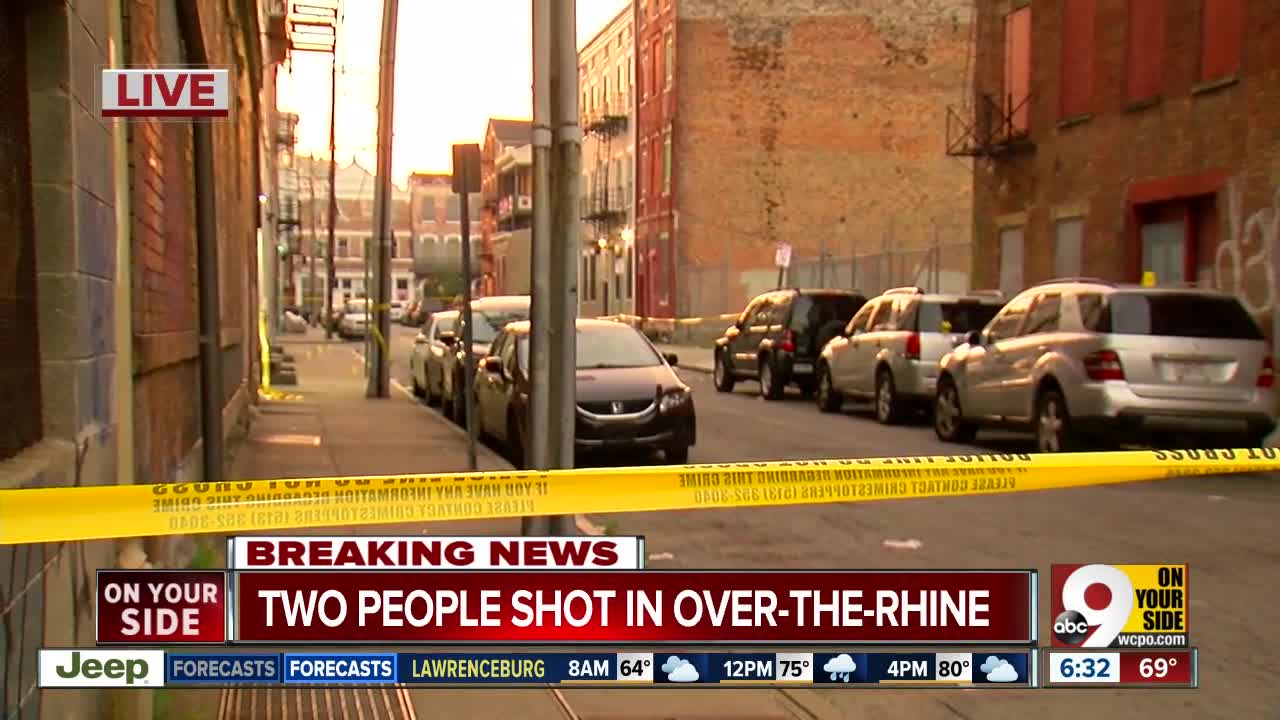 CINCINNATI -- One person is dead and another is hospitalized after a double shooting in the city's Over-the-Rhine neighborhood early Sunday.

The shooting happened at about 2:30 a.m. near 15th and Moore streets. One victim collapsed at Liberty Street.

Both victims were taken to University of Cincinnati Medical Center. Sherrard Dunlap, 36, was pronounced dead.

“We heard the gunshots," said Angela Woolum, an Over-the-Rhine resident. "I ran outside, he was laying there and he was dead. And there was another guy that was trying to help him. He had blood on his shirt..."

The other victim's name and condition have not been released.

Police are taking this Mercedes in as evidence in connection to a fatal shooting in OTR. @WCPO pic.twitter.com/atYuyYy0X5

It was the second fatal shooting in Over-the-Rhine this weekend. On Friday night, officers found 21-year-old Thomas Maul Jr. with a gunshot wound on East Clifton Avenue. Firefighters pronounced him dead at the scene.

Woolum says the violence is worrying. "I don’t understand why there’s not a police officer here 24/7."

Two more shootings were reported Sunday in Kennedy Heights and Norwood. The victims were not seriously injured.

By WCPO's count, the city has had 26 homicides this year - about on par with last year.