Mount Healthy police officer barricaded himself in apartment with guns 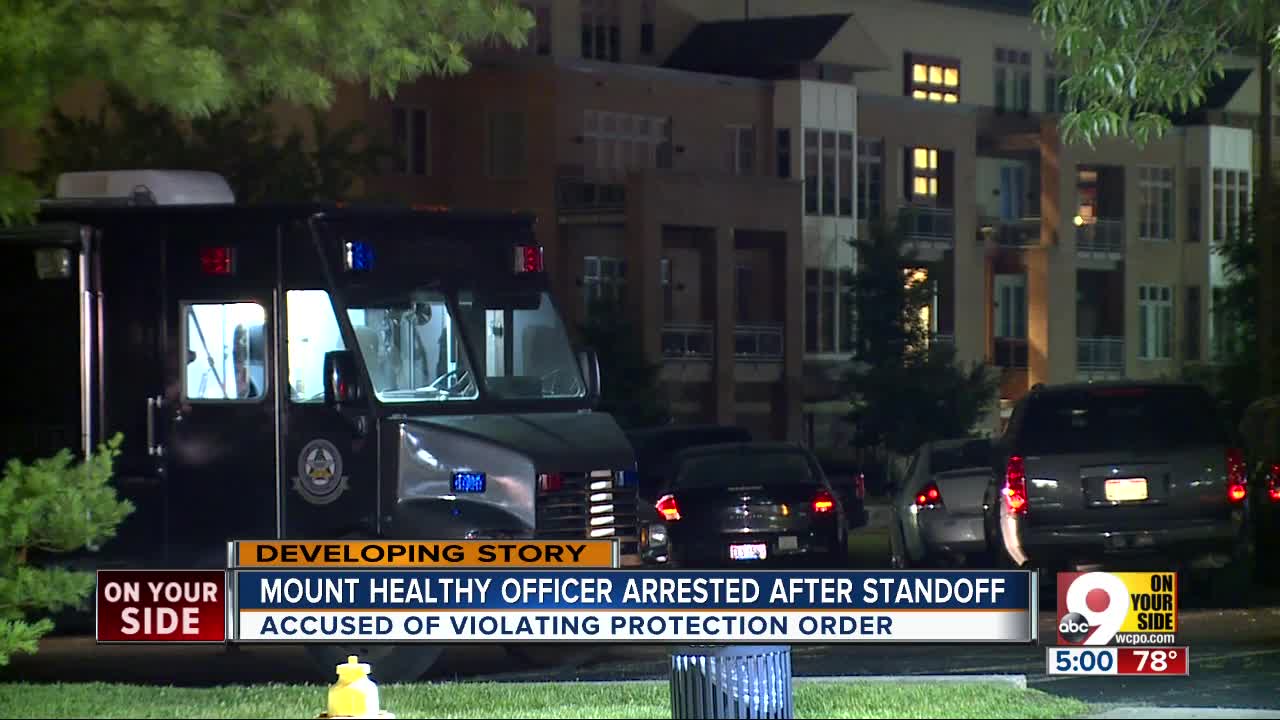 BLUE ASH, Ohio — A suspended Mount Healthy police officer barricaded himself in his apartment with five guns, precipitating an overnight SWAT standoff, according to police.

Jordan Ribariu's police powers had been suspended Wednesday after he violated a protection order, according to Mount Healthy police.

Ribariu, a 28-year-old patrol officer, was arrested at his apartment on Hunt Road after surrendering just before 7 a.m. Friday, according to the Blue Ash police incident report.

Police seized three handguns and two rifles from the apartment, plus an undisclosed amount of ammunition and Ribariu’s iPhone, according to the incident report.

Officers responded about 9 p.m. Thursday "for a possible suicidal subject, which escalated into a barricaded person incident,” the report said.

“We had information the suspect was possibly suicidal so we were concerned for his well being,” Blue Ash Lt. Roger Pohlman said.

Police were also concerned for his neighbors, so they evacuated all of the apartments on the third floor, then waited him out.

Ribariu is charged with inciting a riot and resisting arrest.

Ribariu joined Mount Healthy police on Aug. 22, 2014, according to the department.