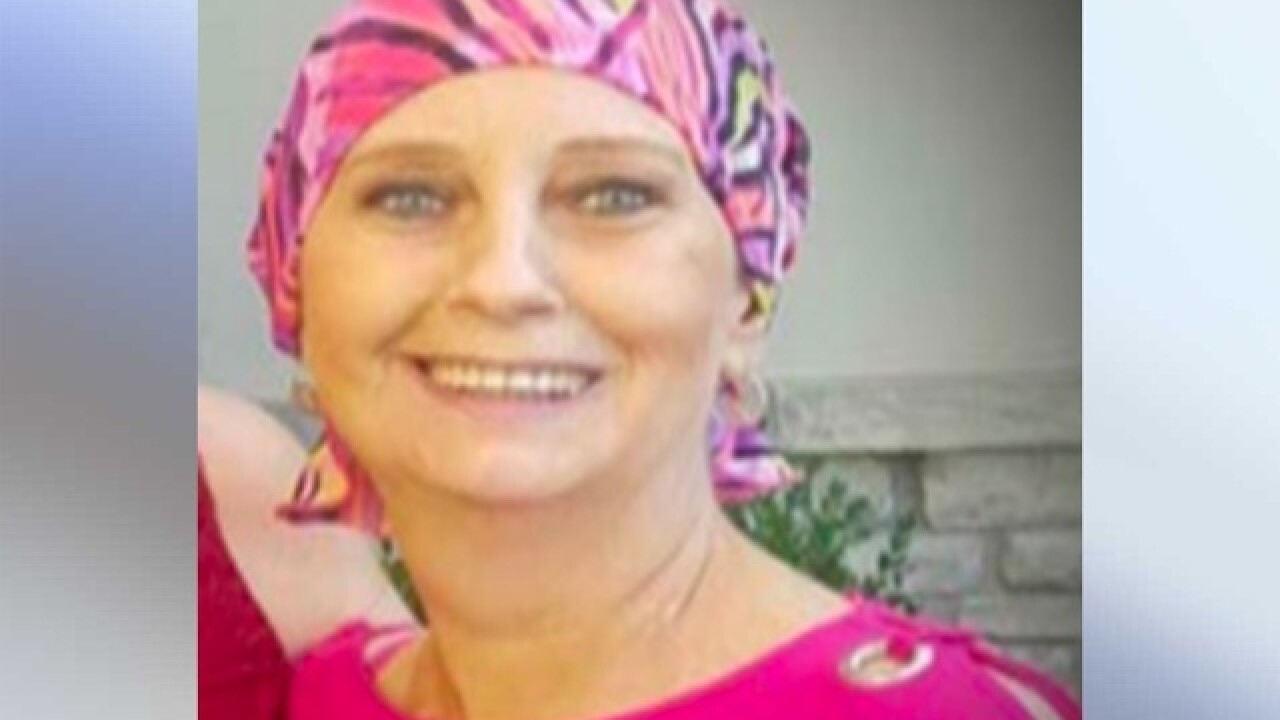 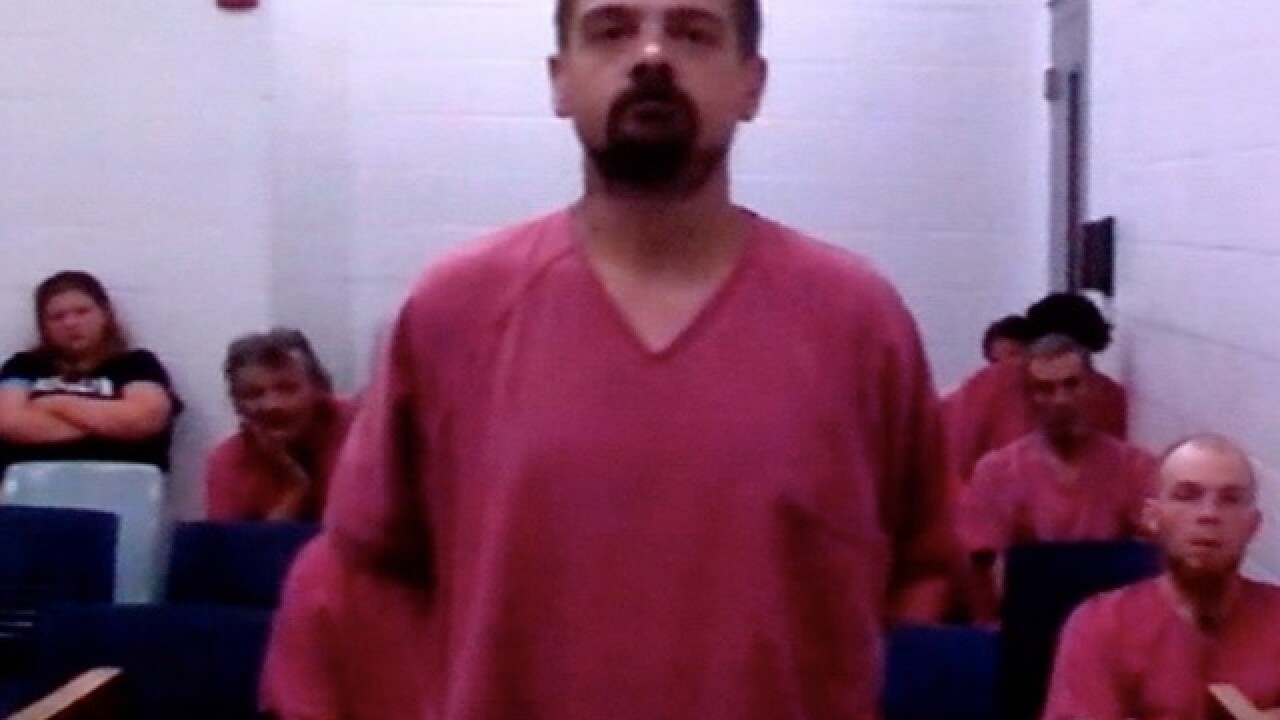 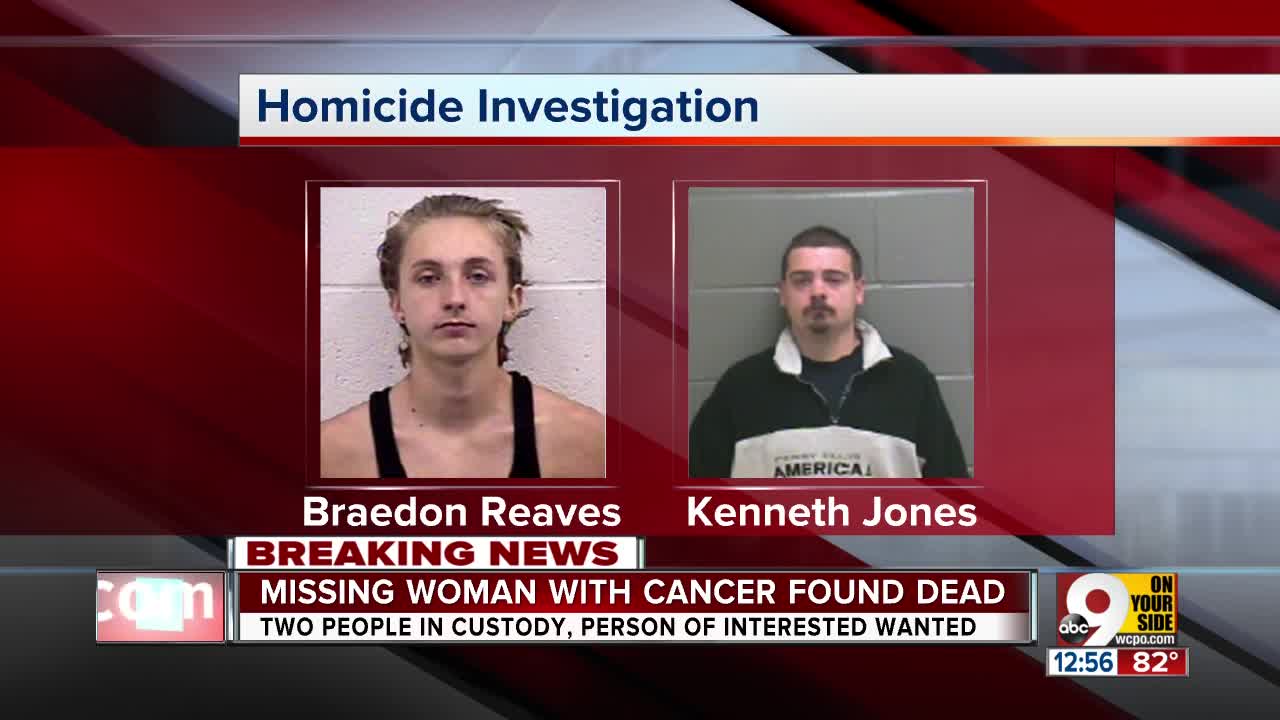 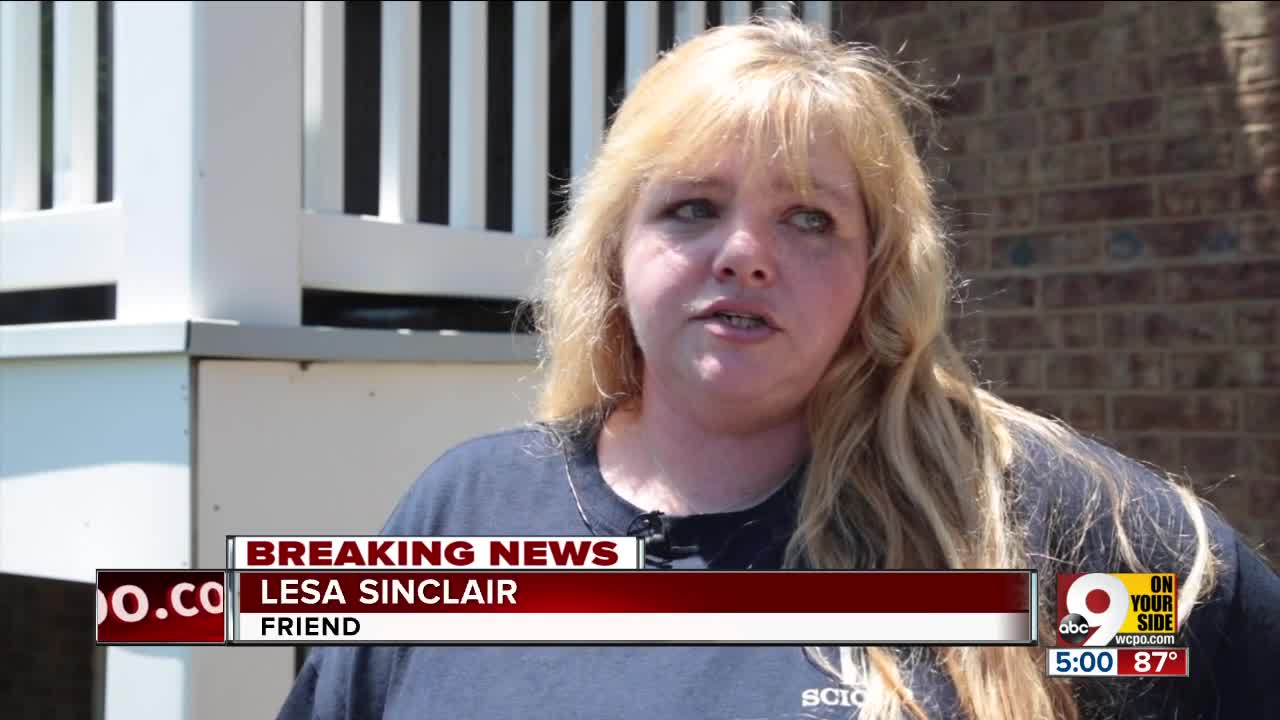 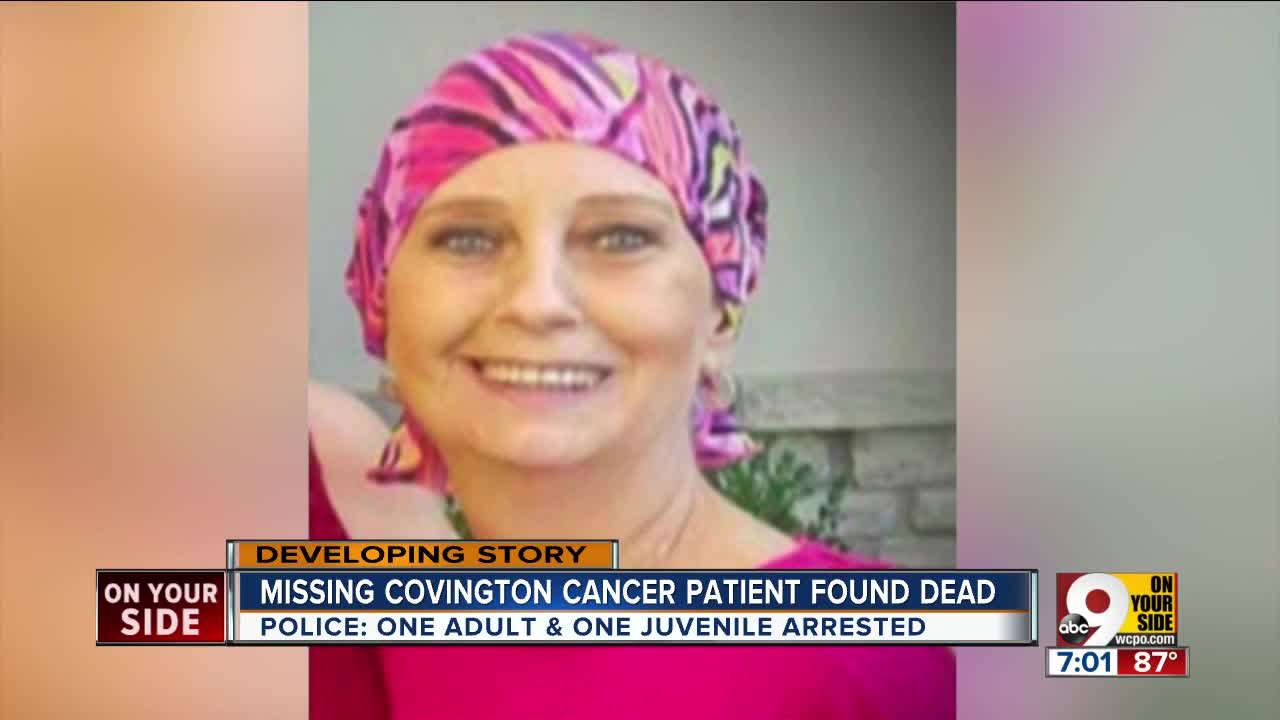 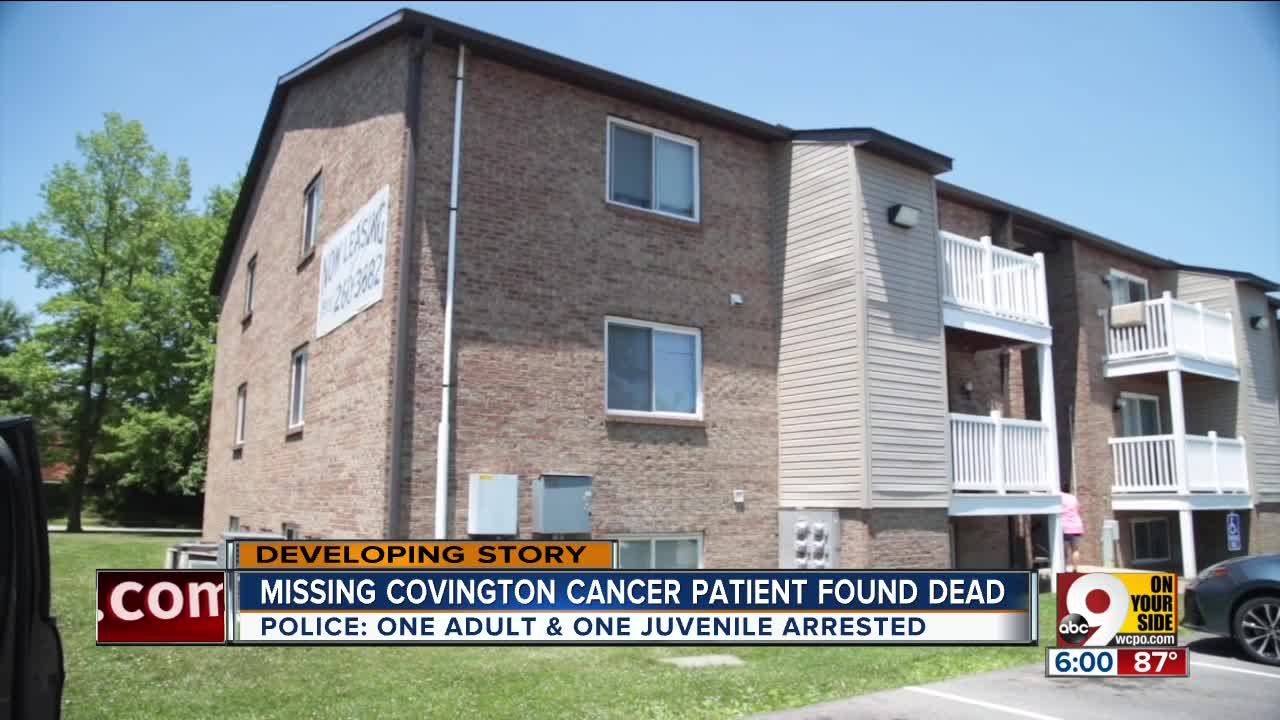 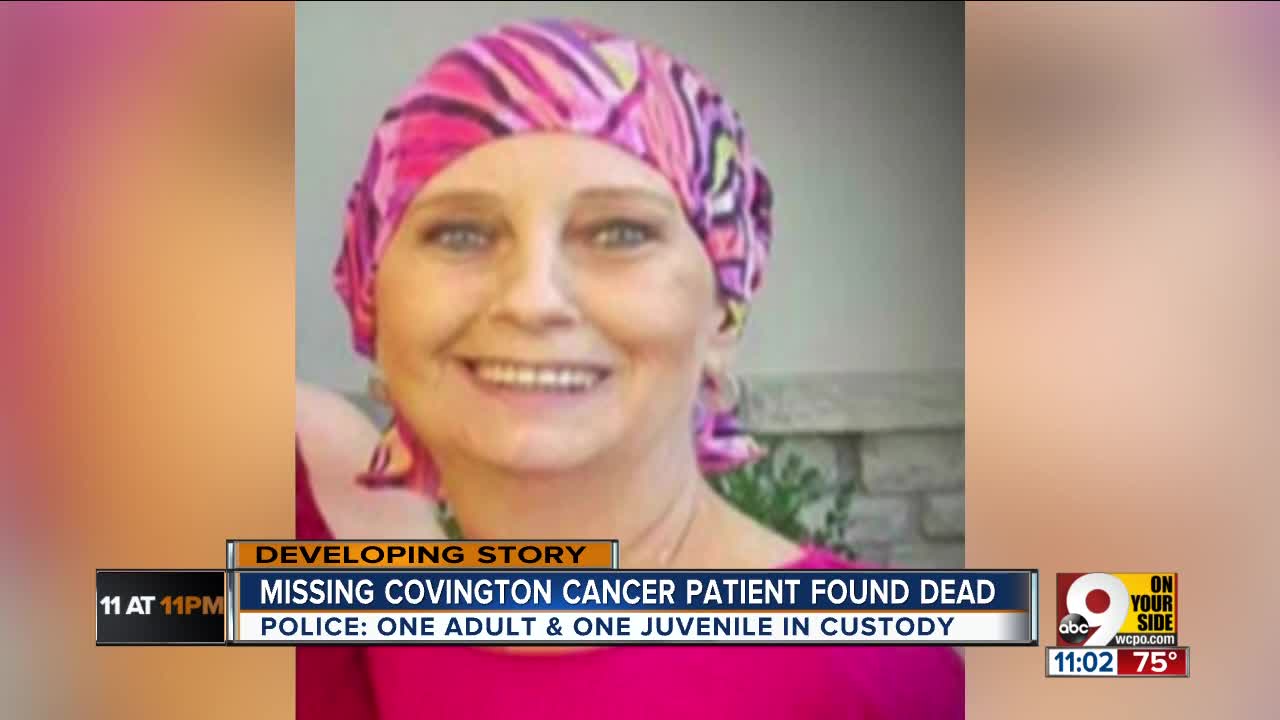 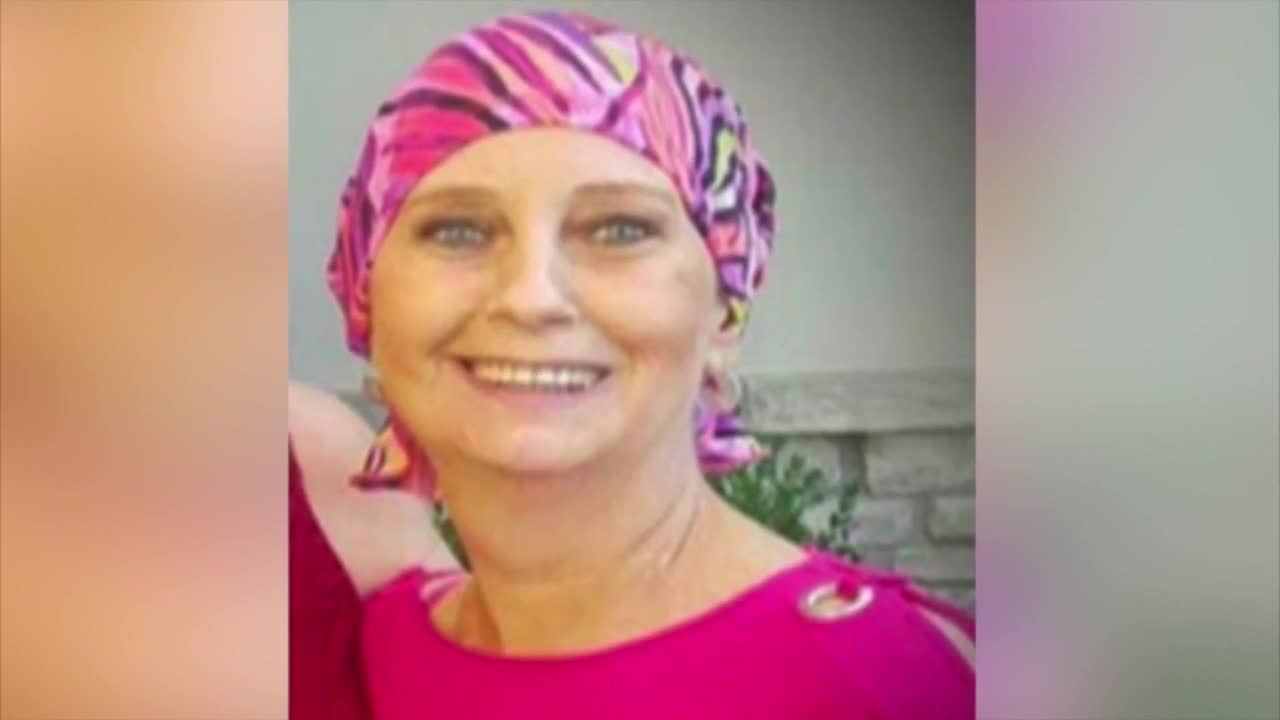 COVINGTON, Ky. -- A cousin of Denita Satchwell is the second person charged with murder in the death of the 58-year-old cancer patient.

Kenneth Maurice Jones, 38, was arrested Friday and is being held on $1 million bond, according to the Kenton County Commonwealth Attorney. Police brought in Jones for questioning Friday as a person of interest.

A juvenile has already been charged with murder, robbery and tampering with evidence in the case, and a third person, 18-year-old Braedon Reaves, faces a charge of facilitation to homicide.

Six days after she left her Covington home without warning or medication, Satchwell was discovered dead Friday in a wooded area near Rabbit Hash, Kentucky.

"I still can't believe it," Darlene Lancaster, a friend of Satchwell's, said Friday night. "It's just hard to believe that somebody could do that to such a nice person."

Satchwell had late-stage cancer, according to friend Lesa Sinclair. On Monday night, when police issued a Golden Alert in connection to her disappearance, they noted she had been feeling "lonely and depressed" and might be traveling to her mother's grave in Warsaw, Kentucky.

Her daughter, Amy Collins Brewer, suspected worse. In a Facebook comment shortly after the alert, she wrote that her mother rarely drove because of her illness and that her home seemed to be in a state of disarray after she left.

"Her oxygen and her dog that means more than anything to her were left behind," she wrote. "These are things that my mother would not do. Her back door was also found unlocked lamps were knocked over and garbage inside her home, and (in) my heart I feel like there is some type of foul play."

Police have not confirmed these details.

Police requested that anyone with information about the case call Detective Jess Hamblin at 859-292-2375.

Sinclair said she knew Satchwell's daughter and grandchildren would want to know what happened to her.

"I'm sure they want answers," she said. "So if somebody knows something, they need to speak."