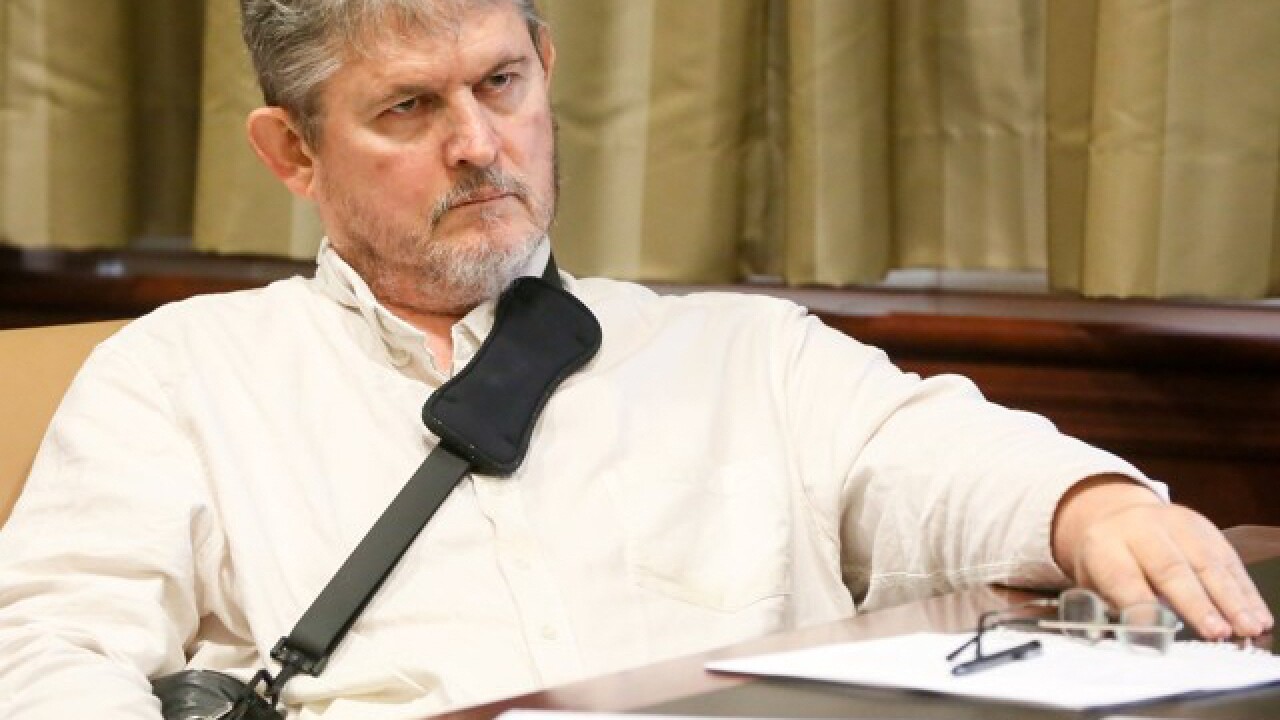 Journal-News
<p>Ross Compton has been charged with arson in connection to a fire that caused $400,000 in damage at his Middletown home. Data from his pacemaker helped police secure an indictment.</p>

HAMILTON, Ohio (AP) — A psychological evaluation has been ordered for an Ohio man accused of setting his house on fire in 2016.

A judge on Tuesday ordered the evaluation requested by Ross Compton's attorney to determine Compton's competency for trial. The 60-year-old Middletown man has pleaded not guilty to aggravated arson and insurance fraud charges.

The charges were partly based on data from Compton's pacemaker that authorities say were inconsistent with actions he said he took during the fire. Police said Compton told them he packed belongings upon seeing the fire, threw them out of a window and carried them to his car.

The defense motion seeking the evaluation said Compton reportedly has a history of mental illness and a cardiovascular disease which reportedly resulted in "reduced levels of oxygen to his brain."