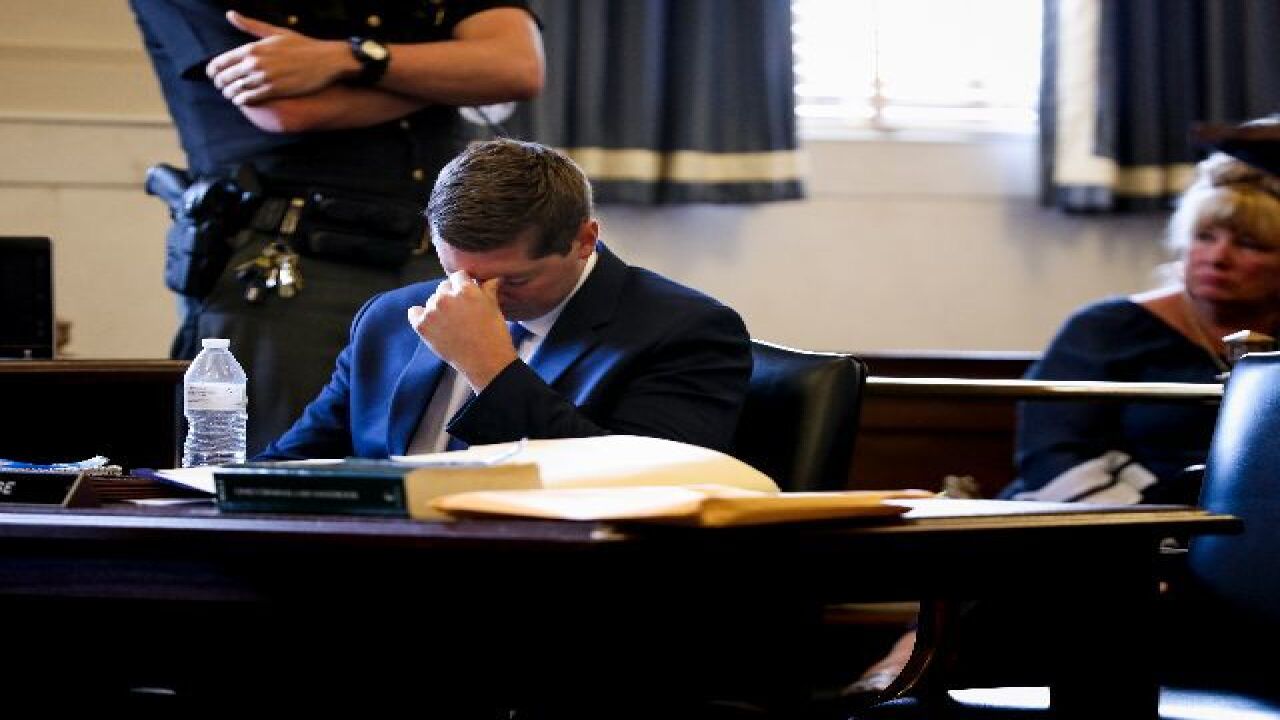 CINCINNATI -- Hamilton County Prosecutor Joe Deters will announce Tuesday whether Ray Tensing will be tried a third time in the shooting death of Samuel DuBose -- but even if he decides against it, defense attorney Stew Mathews said he doubted that would be the end of the years-long saga of controversy spawned by DuBose's death.

Deters has been on the clock since June 23 when the former University of Cincinnati Police Officer's murder trial ended with a hung jury for the second time. The next hearing in the trial is scheduled for July 24.

A grand jury indicted Tensing in 2015 on charges of murder and voluntary manslaughter. He shot and killed DuBose -- a black motorist without a gun -- during a traffic stop in Mount Auburn. Tensing said he "feared for (his) life" when he thought DuBose began to pull away from the traffic stop. Tensing said he thought he would be dragged to death by DuBose's car.

READ MORE: Did Tensing's testimony change in his retrial?

There's a large presence of politicians, religious leaders and local organizations calling for a third trial in the name of "justice for Sam DuBose."

"An indictment is not justice," said Donyetta Bailey, president of the Black Lawyers Association of Cincinnati. "And thinking that way -- that's the problem. Police officers are not God. The indictment is not enough.

“It shouldn’t take three (trials) to get justice," Bailey said. "But if it takes three or it takes four, we need to do it."

Support for the DuBose family and a retrial was present during the first trial, too -- in the form of marches, demonstrations and press conferences. It's this support that leads Mathews to believe there's more in store regardless of Deters' decision.

"Even if there isn't a third trial, I don't think that's the end of it," he said. "I think he'll refer it to (the U.S. Department of) Justice to look at."

There was no public rallying of sorts on behalf of Ray Tensing until the end of the second trial.

Lacy Robinson, of Hamilton, said she started a Change.org petition called "Free Ray Tensing - No Third Trial" after following both of Tensing's trials. The petition had 4,966 supporters by 2 p.m. Monday and needed only 34 more signatures to reach its goal.

"Please sign in order to stand up for our law enforcement officers. All lives matter. This was not about race," the petition's description says. "Nor do tax payers want to pay any more money to prosecute again. The judicial system has worked, both times."

Deters faced some flack from critics who said he "overreached" or "overcharged" Tensing, especially after Tensing's second trial ended in a hung jury.

In the second trial, Asst. Prosecutor Seth Tieger asked Judge Leslie Ghiz to add reckless homicide as a charge for consideration in the jury instructions. Ghiz denied the request and said the evidence in the case -- particularly evidence that indicates Tensing intentionally shot DuBose to kill him -- did not match a charge of reckless homicide.

"The only issue left in this case is 'Was this justified?'" Deters said. "That's what the jury has to decide."

Deters said he can't indict Tensing on lesser charges, contrary to commentary from local media. He told Cunningham that the decision to bring lesser charges against Tensing was considered nearly two years ago.

That means Deters can try Tensing again for murder and/or voluntary manslaughter, or he can let Tensing go free.

Attorney Marty Pinales, who is not involved in the case, said he doubted the efficacy of a third trial. Given the failure of the previous two to reach any conclusion, he believes the community remains so divided that another jury will simply repeat the cycle.

"If it's apparent that it's not going to result in a conclusion one way or the other, it's time to call it quits," he said.