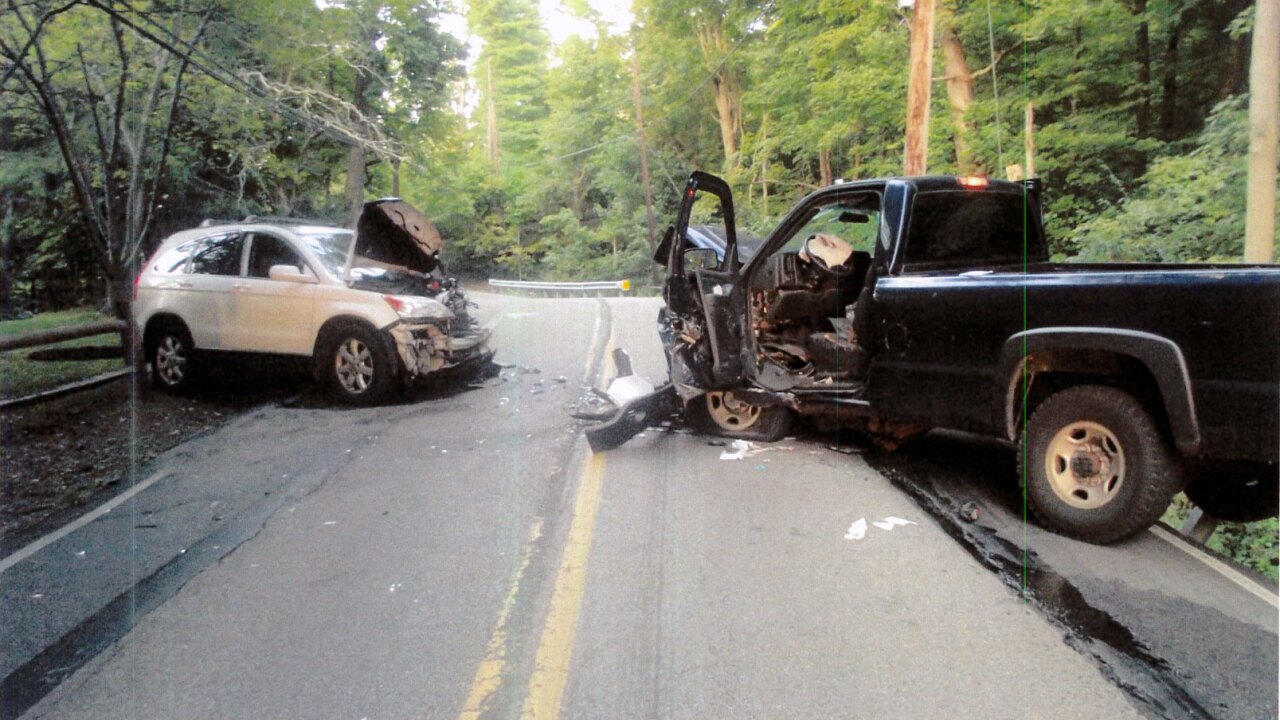 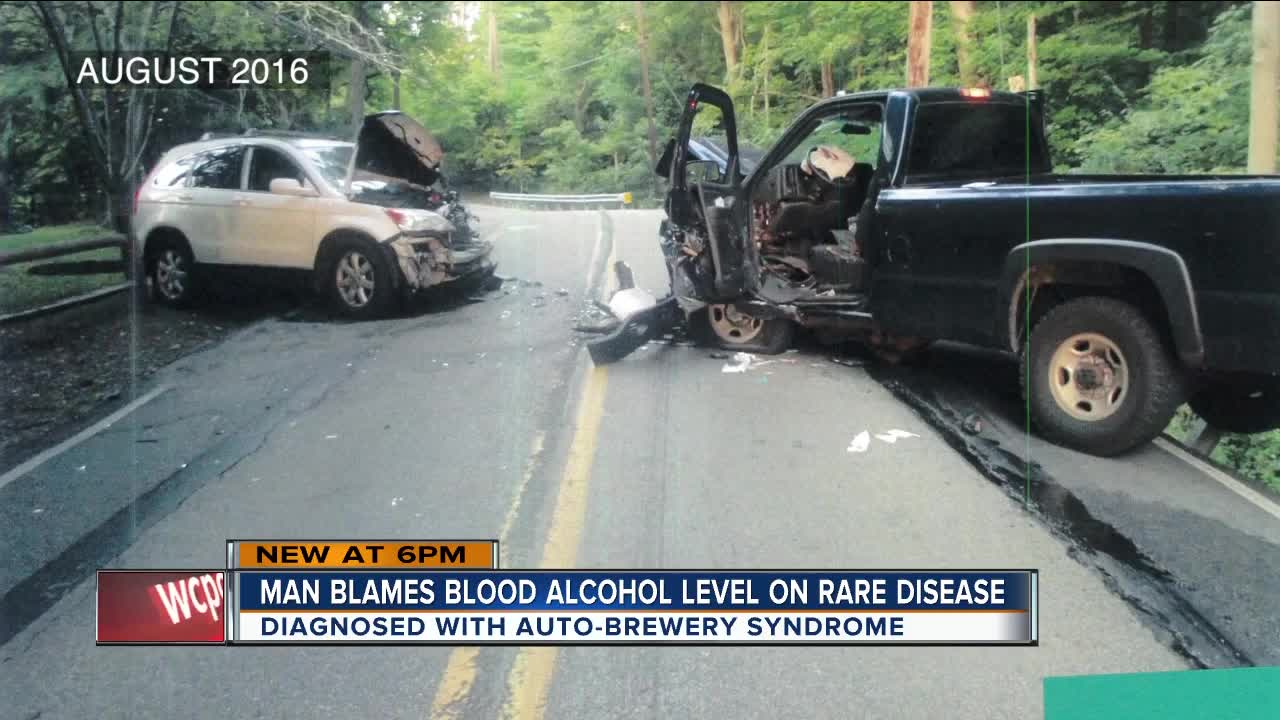 Michael Forrest Behne insists he only had a glass of wine as he cooked dinner on that August night in 2016.

Which is why he was shocked that after a head-on crash later that night — a crash he admits to causing — his blood alcohol content was recorded at .325, four times the legal limit for driving in Ohio.

So was his mother, Betsy Behne. Her son was charged with aggravated vehicular assault because the person he hit sustained serious leg and ankle injuries. Forrest eventually took a plea deal and is currently serving a two-year sentence.

“It didn’t make sense to me,” he said. “I don’t believe that a single glass of wine could’ve put me at the legal limit, much less four times the legal limit."

Betsy Behne said she had seen her son at the family home minutes before he left to fill up his car and crashed into the victim.

“I had talked to him all afternoon and talked to him on the phone on the way home,” Betsy Behne said. “He had called after filling up to see if I needed him to pick up anything at Kroger on his way back.”

Forrest Behne, who had recently obtained a degree in microbiology while studying food sciences at Washington and Lee University, had no previous legal trouble.

When Forrest was charged, Betsy Behne said she searched for answers. How could her son have had such a high BAC?

Everything just didn't add up.

The level of intoxication necessary for a BAC of .325 would typically involve noticeable loss of balance and slurred speech. In a worst-case scenario, it could even lead to loss of consciousness and death.

Court records indicate Behne “deteriorated quickly” and even passed out following the crash, but he attributes that to the impact of the accident itself — which deployed the airbag in his car — as well as the effects of a little-known medical condition.

Medical reports from Bethesda North Emergency Department, provided to WCPO by Behne’s family, indicate doctors who examined him after the crash smelled alcohol on his breath but also noted his speech and behavior were normal. They characterized him as oriented and alert.

When Betsy Behne stumbled upon news stories about a rare illness called auto-brewery syndrome, also known as gut fermentation syndrome, she thought she had found an explanation for the seemingly incongruous facts of her son's wreck.

“It’s a term for people who actually ferment carbohydrates into alcohol inside their body,” said Dr. Barbara Cordell.

Cordell weighed in as a leading researcher of the condition when a western New York teacher’s auto-brewery syndrome case came to light in 2015.

The accused woman, whose name was sealed in court records, was stopped by police and tested a .33 BAC. Although she showed some symptoms she had been drinking, her attorney argued she, like Forrest Behne, did not exhibit signs of intoxication to the level of four times the legal limit.

The attorney argued that her body adjusted to the constant presence of blood alcohol and successfully had her case thrown out after hospital-controlled testing showed she had elevated alcohol in her blood after eating carbohydrates.

Behne received the same kind of testing and diagnosis from both Dr. Anup Kanodia of Westerville, Ohio, and Dr. Jesse Saverimuttu at Richmond University Medical Center in Staten Island, New York. Both have been featured in national news as experts on the rare and controversial disease.

“I’m convinced, after the testing that he went through in different clinics, that his body does produce alcohol,” said Scott Croswell, Behne’s attorney. “I mean, he was quarantined in a hospital room for over 24 hours and his blood levels were taken on a regular basis, and they fluctuated up and down starting at zero.

Croswell said Behne’s diagnosis was not considered in Clermont County court because he admitted he had some wine while cooking before the crash, which involved serious injury.

“Of course, it then goes back to a matter of proof which is dealt with in the law in court,” Croswell said. "And especially when someone has consumed alcohol, to prove that also the ABS impacted their alcohol level is virtually impossible to do.”

He said prosecutors can use discretion in cases where a person may have been drugged without their knowledge or consent and either choose not to prosecute or consider the mitigating factors at sentencing.

“It’s a new phenomena. It’s a new issue in the law,” Croswell said. “But we’ve researched it extensively, and I don’t believe there’s been any case that I’m aware of that a court found legally that a person had suffered from this syndrome and therefore they were not guilty of an offense.”

The Clermont County prosecutor's office declined to be interviewed for this report.

Forrest Behne said he understands he can not prove he had only one glass of wine to drink the day of the crash.

“I know what I believe, but I understand how it would be difficult to prove scientifically,” he said.

Betsy Behne admits she bought her own breathalyzers and even hired a private detective to accompany her son for a day to make sure he was not consuming alcohol as his breath was intermittently tested.

“What we do find with this illness is that he can walk around for days at a time at two, three, four times the legal limit and be completely unaware,” she said.

“It’s an extremely rare condition…and a very difficult condition to prove or disprove,” said Dr. George Smulian, chief of infectious diseases at the University of Cincinnati.

Smulian said he has treated patients in Cincinnati and believes Forrest may have auto-brewery syndrome, but he has not treated him and cannot make a definitive diagnosis.

According to Smulian, medically recognized cases generally involve patients who had abnormalities in their gut and took antibiotics, which allowed yeast to grow there unchecked.

“That, then, with exposure with high carbohydrates, can act as a catalyst for those bacteria to break down and convert into alcohol,” he said. “I think, in the people in whom it truly has been proven, they fall into that perfect storm.”

Forrest Behne said he believes symptoms started in his final year of college after taking antibiotics. He added that after graduation he also worked in a lab at a local brewery, where he tested yeast in order to make sure it was appropriate for a particular batch or brand and to make sure there weren’t any microbes that might spoil or alter the batch.

He said he believes the yeast he touched and breathed at work could have impacted him along with carbohydrates he had eaten the day of the crash.

“It’s impossible to know,” Smulian said about that possibility. “I think the only way in which it could be determined would be to look at his G.I. flora and see if you could find the same yeast strains that are used in breweries.”

Croswell said dozens of letters from former teachers and professors praising Behne as a standout student, who’d never had any brush with the law, may have helped him get a plea deal to serve two years in prison instead of a possible five for aggravated vehicular assault.

“I can’t speak for the judge obviously but I believe that he was sympathetic to this ABS syndrome,” Croswell said.

Clermont County Judge Jerry McBride declined to be interviewed for this report but agreed to share a redacted email he sent to the Ohio Department of Rehabilitation and Correction requesting Behne be "housed in a hospital or medical facility ... in order to get the proper treatment and diet to control his disease."

Doctors had placed Behne on a rigid, extremely low-carbohydrate diet along with putting him on anti-fungal medications for several months to treat his auto-brewery syndrome prior to his incarceration, McBride added.

Despite McBride’s recommendation, Behne was placed with the regular population at the London Correctional Institution, where he is limited to eating the food served to all inmates rather than the doctor-recommended diet.

After repeated requests for an interview, the ODRC provided this written statement from deputy communication chief Sara French:

"Generally speaking, all inmates that enter into ODRC’s custody are examined by both medical and mental health providers at reception. ODRC will provide treatment and/or monitor any diagnoses that require follow-up care. If an inmate’s parent institution is unable to provide the necessary level of care, ODRC will transfer the inmate to one of our medical facilities or transport them to an outside provider. All inmates also have the option to submit a request to medical at their institution if they have an issue and need to be seen."

The London Correctional Institution allowed a breathalyzer test during WCPO’s interview with Behne, which registered zero alcohol. He said the treatment he received in the months leading up to his incarceration helped reverse the symptoms of the disease, but he said he does not believe he is completely cured yet.

Behne said he has had a few more “flare-ups” of the disease, during which his eyes became “glazed” and he became very tired.

“It feels like such a travesty,” Betsy Behne said. “We don’t want anybody else to have to go through this…because it is an honest legitimate condition.”

Forrest Behne said he sent a letter of apology to the victim of his crash but has not spoken to him. He said he does wrestle with feelings of guilt.

“I’m deeply sorry for what happened,” Behne said. “It doesn’t make it much easier knowing that this condition was the reason for the accident. It still happened and I’m sorry for that.”

Behne has served six months of the mandatory two-year sentence in his plea agreement. He said he has an interest in pursuing a law degree when he gets out of prison.

“I don’t expect any changes in my circumstances, but I believe that putting the story out there will help somebody," he said. "That’s my goal."