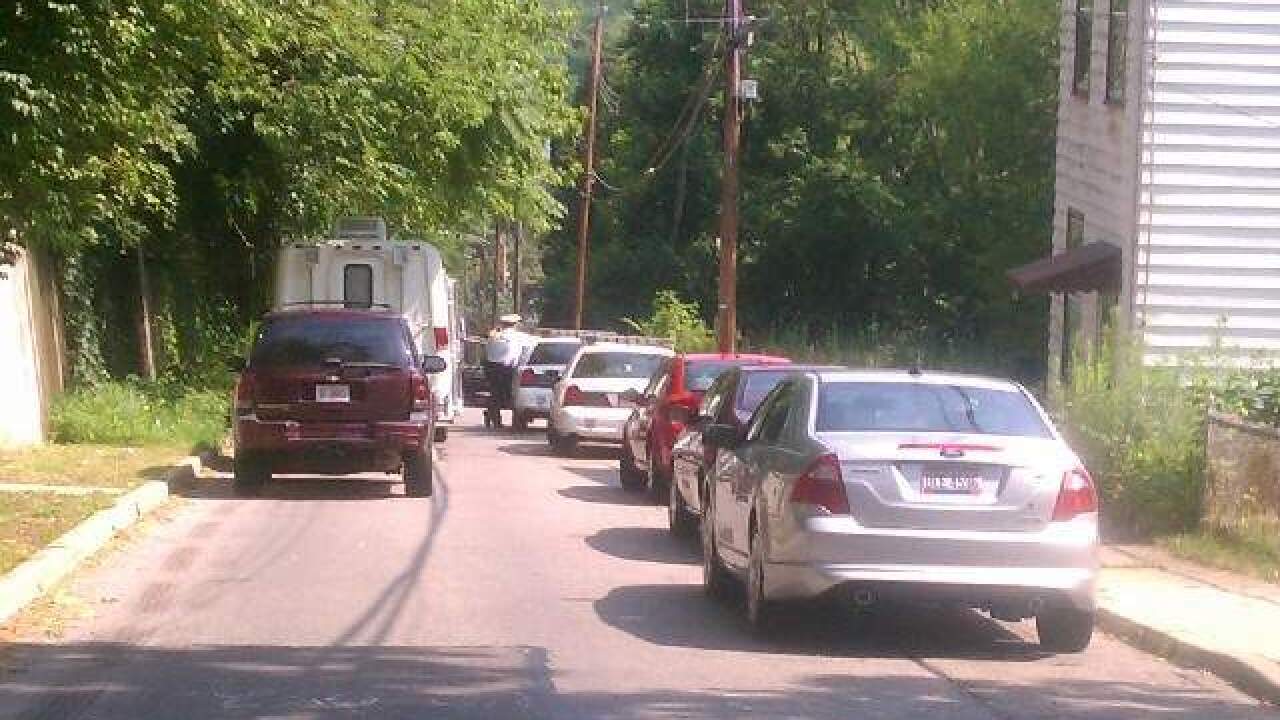 Copyright 2018 Scripps Media, Inc. All rights reserved. This material may not be published, broadcast, rewritten, or redistributed.
Dwayne Slavey | WCPO
<p>Police investigate the discovery of a body on Seegar Avenue in North Fairmount on Thursday, July 7, 2011.</p>

Kevin Harley, 32, is facing charges of aggravated murder and murder for the death of Theodor Holder.

Holder was 33 when police found him dead from gunshot wounds in a vacant lot on Seegar Avenue in July 2011.

Harley is accused of shooting and killing Holder the day before, according to the indictment. Court records indicate a warrant has been signed for his arrest.