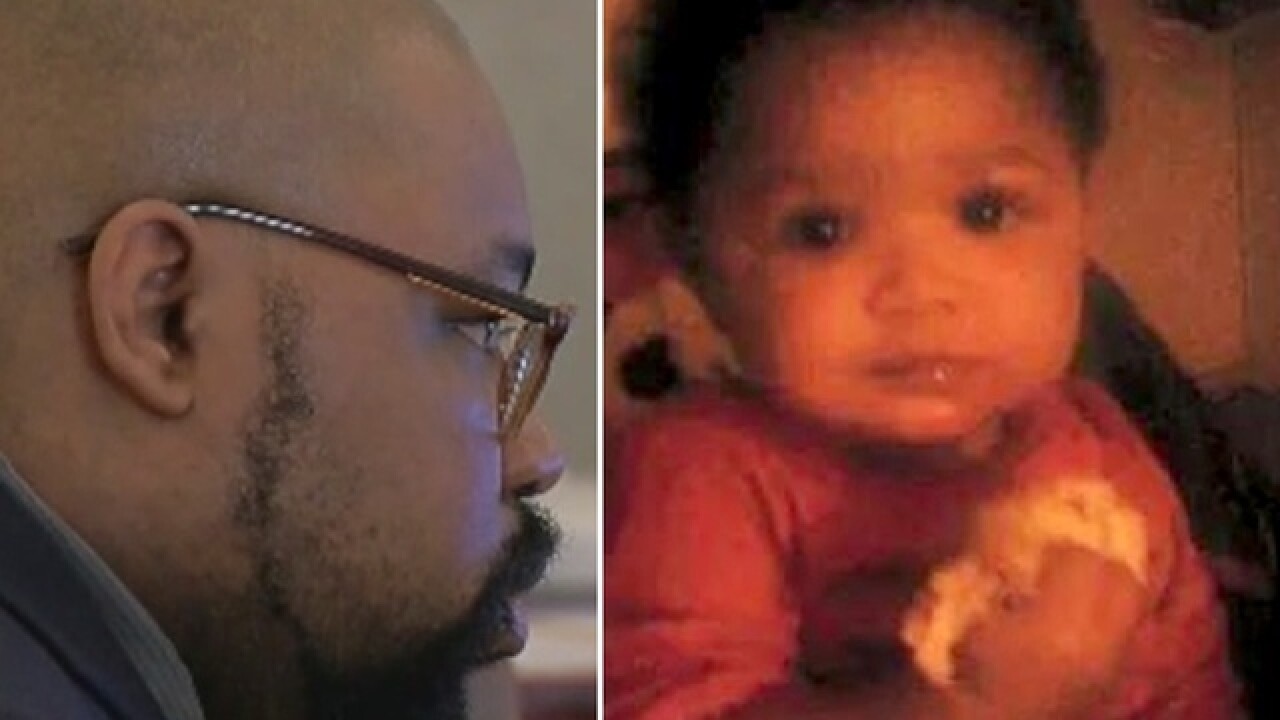 CINCINNATI -- Glen Bates was sentenced to death Monday morning, 19 months after his two-year-old daughter was beaten and tortured to death.

Hamilton County Judge Megan Shanahan handed down the sentence to the 34-year-old. After a seven-day trial, the jury recommended a death sentence after only an hour of deliberation in September. Shanahan had the option to impose a lesser sentence than the jury's recommendation.

Bates' attorney said his client wants to appeal the sentence; he has 30 days to file an appeal.

In late September, Bates was found guilty of aggravated murder in the 2015 beating and killing of Glenara Bates. The jury said it found Bates to be "the principal offender" in the torture; the girl's mother, 30-year-old Andrea Bradley, is also charged with aggravated murder and is scheduled for a possible plea hearing Tuesday.

Glenara's 10-year-old sister testified last month that she saw Bates swing the toddler by the legs and bang her head against a wall until she stopped crying. The next day, Glenara's eyes were shut and she was motionless, her sister said.

That was the fatal blow, prosecutors said, and they drove that home in closing arguments during the trial. They said the bites, scratches and bruises were too numerous to count and that a gash on her forehead was held together by sewing thread.

"Imagine him swinging her around," the prosecution said at Bates' sentencing hearing. "Tell me he's not a monster."

The deputy coroner who performed the autopsy on Glenara Bates testified in court in September. She called Glenara's death "one of the worst I've ever seen."

Hamilton County Deputy Coroner Dr. Jennifer Schott said Glenara Bates weighed only 13 pounds when she died, less than half the average weight of a 2-year-old. Schott also testified that Glenara was covered in "C-shaped scars," determined to be bite marks.

Schott also highlighted severe diaper rash that extended from Glenara's lower back to her thighs. During Bates' taped interrogation, he said Glenara was often made to sleep in a downstairs bathtub because of a bed-wetting problem. Prosecutors said the tub was filled with feces.

The deputy coroner said she believes Glenara could have survived had she been taken to a hospital.

Jurors viewed more than 70 photos from the toddler's autopsy, detailing bruises, cuts and sores on her small body. Glen Bates' attorney tried to have the photos barred from evidence, but the 70 photos are only 25 percent of those taken during the autopsy. Several jurors were in tears while viewing the photos.

The defense tried to create reasonable doubt about who exactly caused the wounds and fatal blow to the girl -- Bates or the girl's mother, Andrea Bradley. The deputy coroner testified that she could not be certain who caused the injuries on the girl.

Stacey Jones, the mother of Bates' 12-year-old son, asked that the court not take the father away from the boy.

"My son would be devastated if his dad died," Jones said. "You can't have another father."

"It don't matter what I want," she said. "Give the world what they want. If they want the death penalty, give it to 'em. I don't care."

Tests show that Bradley has an IQ of 67, below the threshold for the death penalty. As her attorneys asked Judge Ruehlman to continue a hearing in September so they could renegotiate a plea deal with prosecutors, Bradley blurted out that she didn't care whether she got the death penalty or not.

Bradley chose not to take a plea deal that would have given her 15 years behind bars in May. This decision meant her case would head to trial.