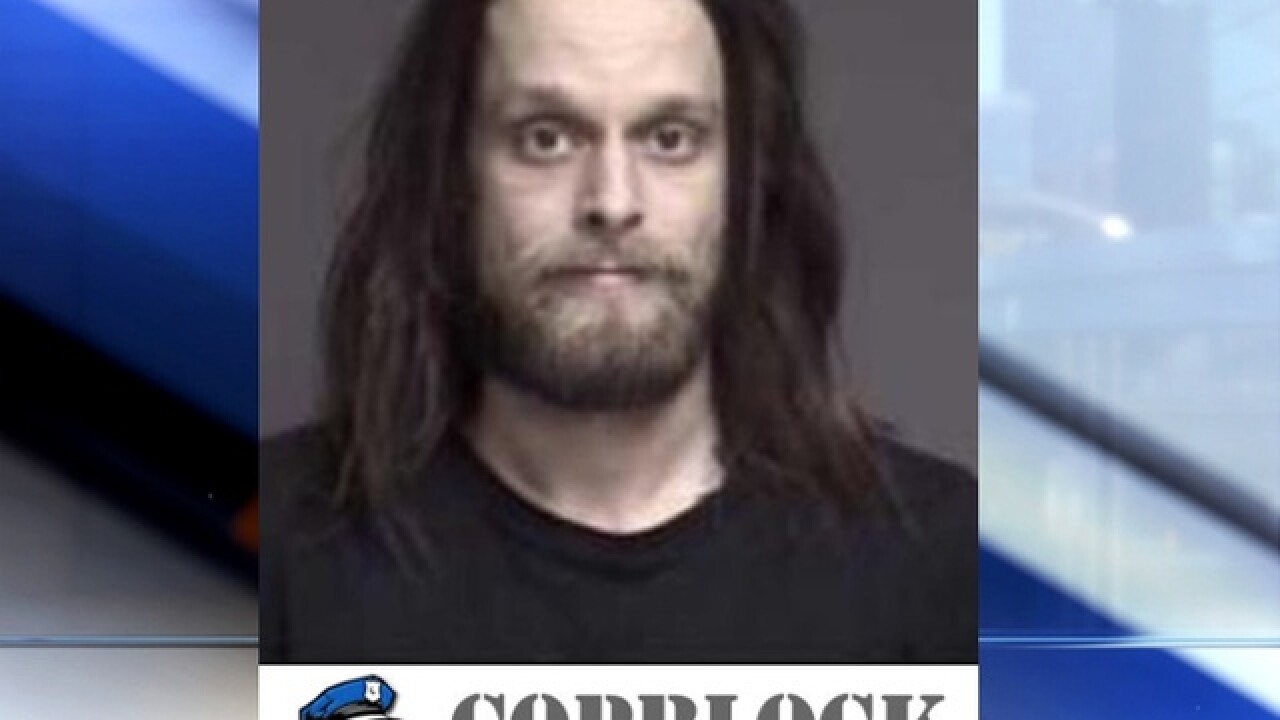 Copyright 2017 Scripps Media, Inc. All rights reserved. This material may not be published, broadcast, rewritten, or redistributed.
<p>Mugshot of Adam Mueller, with screenshot of his blog's logo.</p>

LEBANON, Ohio -- The founder of CopBlock.org -- a blog routinely critical of police -- was arrested in Warren County on drug trafficking charges.

Adam Mueller, 34, was traveling on I-71 in Warren County Feb. 9 when he was pulled over for a license plate violation, according to the Ohio State Highway Patrol. Troopers said they could smell "raw marijuana" as they approached the vehicle. Twenty-four pounds of marijuana and 26 vials of hash oil were found in the car.

Highway patrol said the marijuana and oils seized in the stop was worth $56,040. Mueller was charged with possession and trafficking marijuana and possession of hash oil. He was also cited for a missing rear plate light.

Mueller -- who operates online under the pseudonym Ademo Freeman, according to his website -- livestreamed his arrest on Facebook for 44 minutes.

Mueller was arraigned Tuesday in Warren County and given a $75,000 bond. His attorney was not present at the arraignment, court documents show. Mueller is due back in court Thursday.

An internet fundraiser was set up to pay some of Mueller's legal fees. The person who created the fundraiser, Joshua Hotchkin of Iowa City, said Mueller (whom he called Freeman) was "peacefully traveling with a medicinal plant."

Mueller has lived in Kettering for one year, according to court documents.