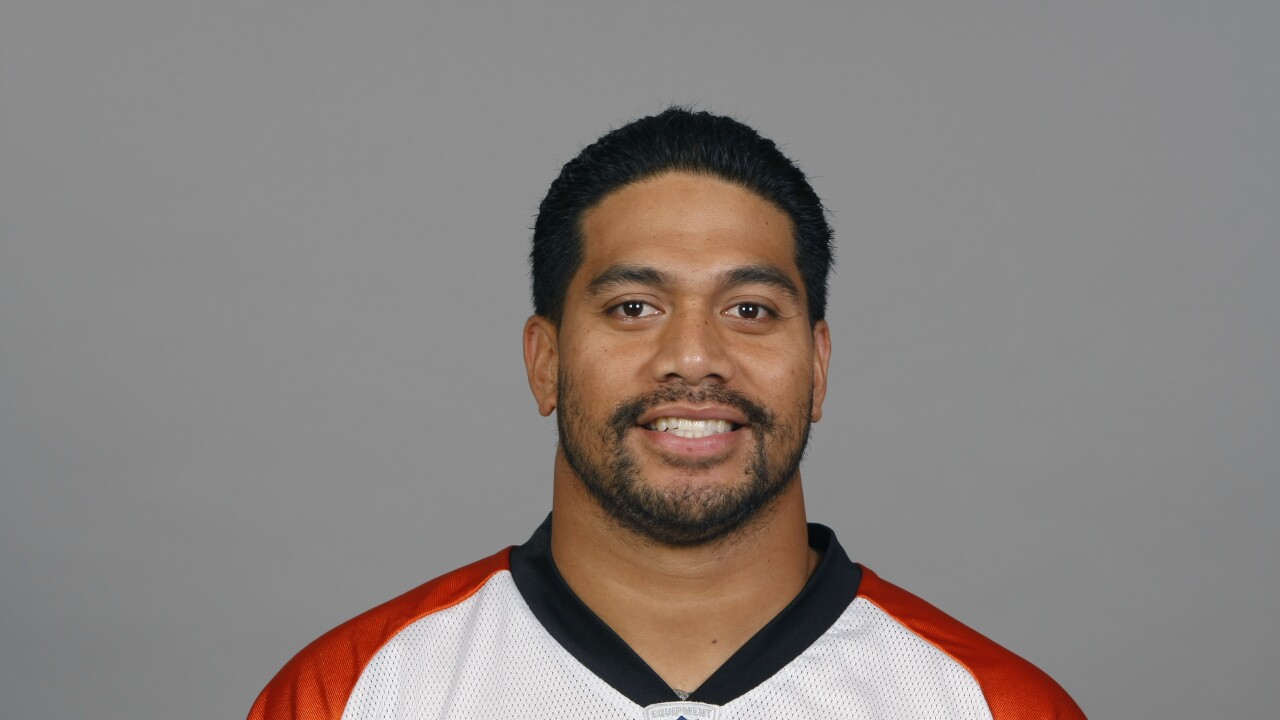 Handout/Getty Images
CINCINNATI, OH - CIRCA 2011: In this handout image provided by the NFL, Jonathan Fanene of the Cincinnati Bengals poses for his NFL headshot circa 2011 in Cincinnati, Ohio. (Photo by NFL via Getty Images)

PAGO PAGO, American Samoa (AP) — Court documents allege former Cincinnati Bengals defensive end Jonathan Fanene used a pipe, golf club and broom handle to assault his wife and his sister over allegations he had an extramarital affair while on a trip to Hawaii.

Fanene has been charged in the district court of American Samoa with eight felonies, including kidnapping and assault, and five misdemeanors. He has been released on $100,000 bail and will appear in court next week.

His defense lawyer declined to comment to The Associated Press. The defense will decide next week if Fanene continues with a preliminary hearing at the district court level or opts to have the case heard in the High Court of American Samoa.

Fanene played for the University of Utah and was drafted by the Bengals in the seventh round of the 2005 NFL draft. He played seven seasons.